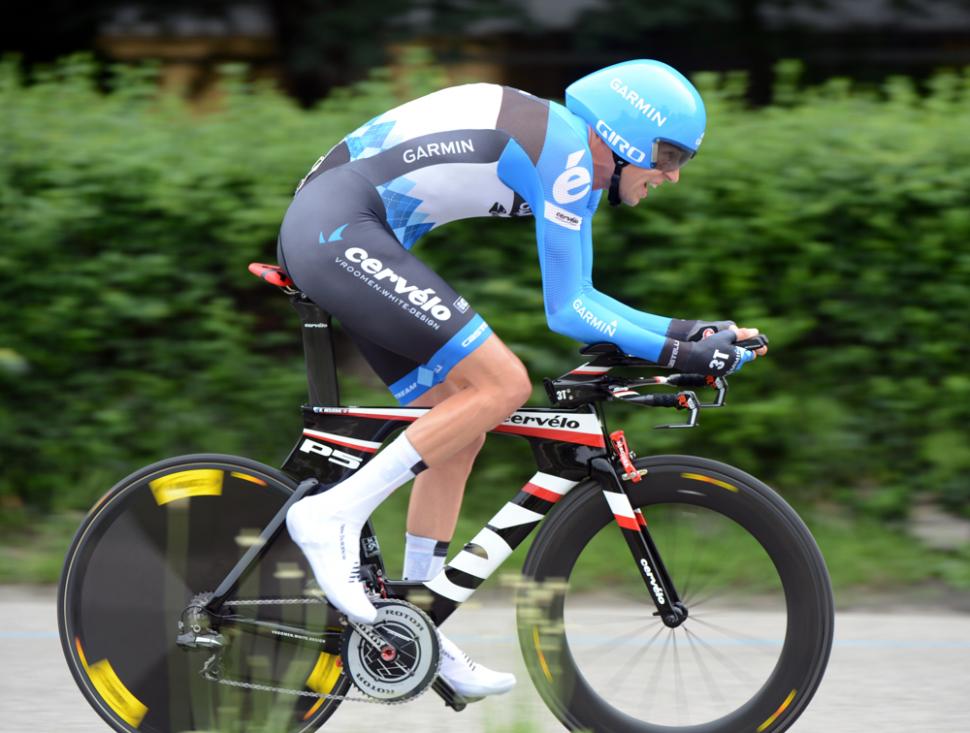 When Garmin-Barracuda’s Ryder Hesjedal time trialled to victory in the Giro d’Italia yesterday, he did so aboard the new Cervélo P5, a bike making its Grand Tour debut – and one that we were lucky enough to ride at its Fuerteventura launch earlier in the year.

The Canadian rider needed to overhaul a 31sec advantage held by Katusha’s Joaquin Rodriguez over the 28.4km (17.75 mile) course, which he did with 16secs to spare.

Hesjedal finished 6th on stage with teammate Alex Rasmussen, also on a Cervélo P5, in fourth. The team actually had four riders among the top 20 finishers yesterday with Christian Vandevelde 17th and Sébastien Rosseler 20th. Garmin-Barracuda also won the Giro’s team time trial a couple of weeks ago.

Of course, before anyone points it out, the Garmin-Barracuda riders are excellent time trialists, but having the right equipment certainly helps (the pics below, by the way, are from the P5's launch rather than being Hesjedal's actual bike; we're working on that). Cervélo reckon the P5 is, “The most advanced and the most aerodynamic triathlon and time trial bike ever engineered with an unmatched range of fit, superior hydraulic brakes, and a versatile storage and hydration system.”

Go to our First Ride for the full story but, in brief, key features of the P5 include… 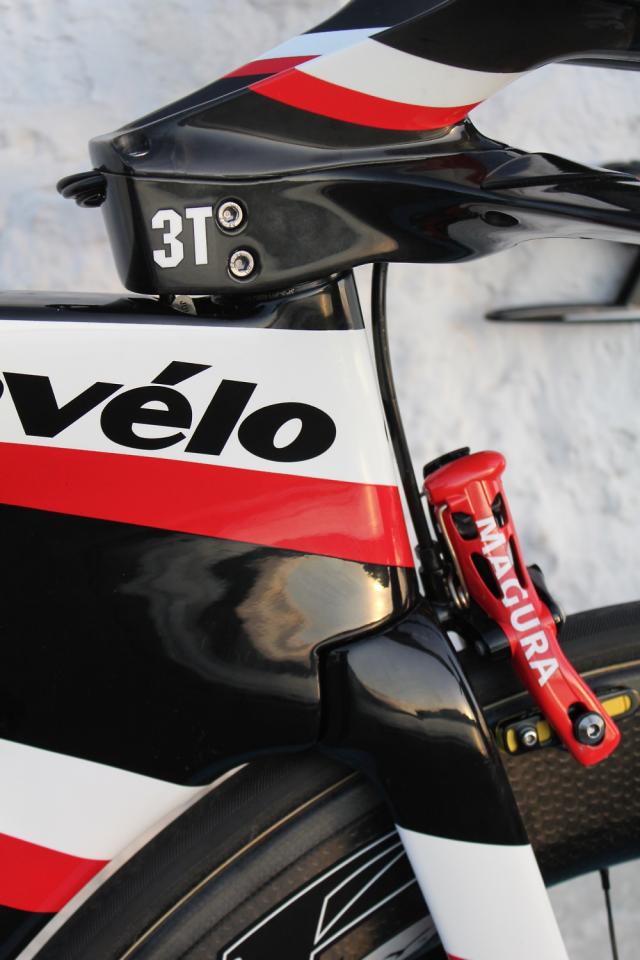 • Frame shapes designed for each AeroZone. By this, Cervélo mean that rather than having a one-size-fits-all design philosophy, they’ve varied their approach around the bike. The super-deep head tube, for example, is designed to work with the front brake while the down tube is positioned close behind the front wheel so it sits in its wake. 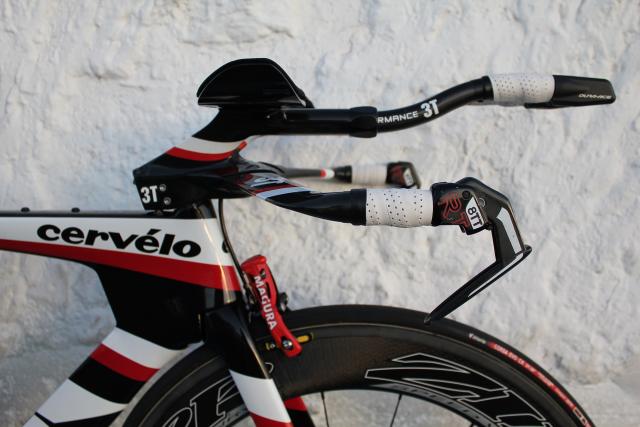 • 3T Aduro aerobar is desiged by Cervélo and manufactured by Italy’s 3T. All of the cables are completely hidden to eliminate drag and there’s way more adjustment than you might expect too. 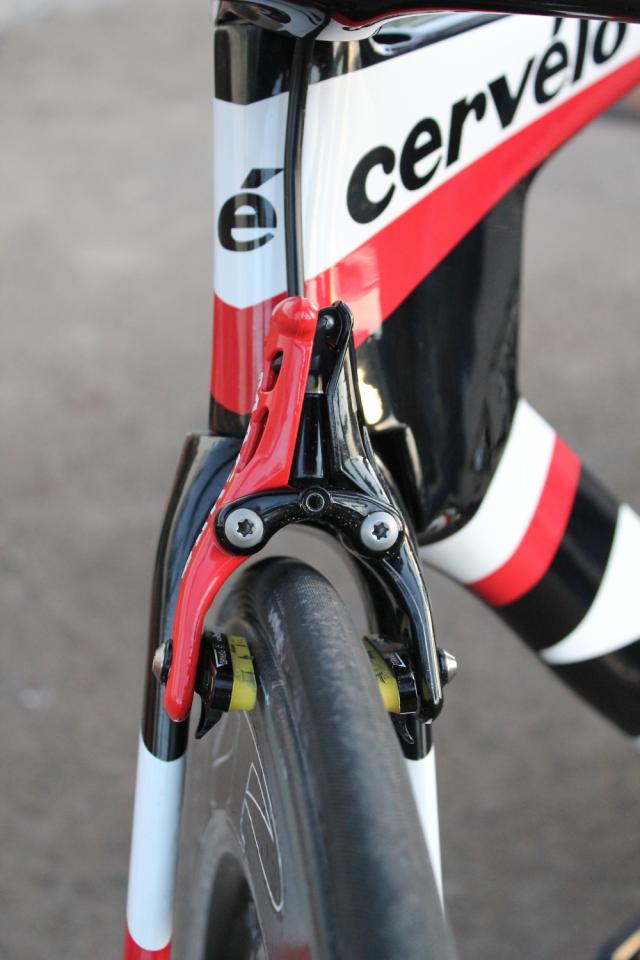 • The P5 comes with Magura RT8 TT hydraulic rim brakes designed specifically for the bike, although they will be available aftermarket too. They are very light (495g for the entire system, front and rear) with an amazing amount of power and modulation, meaning that you can leave you braking later in order to retain your speed.

For more info on the bike go to www.cervelo.com.