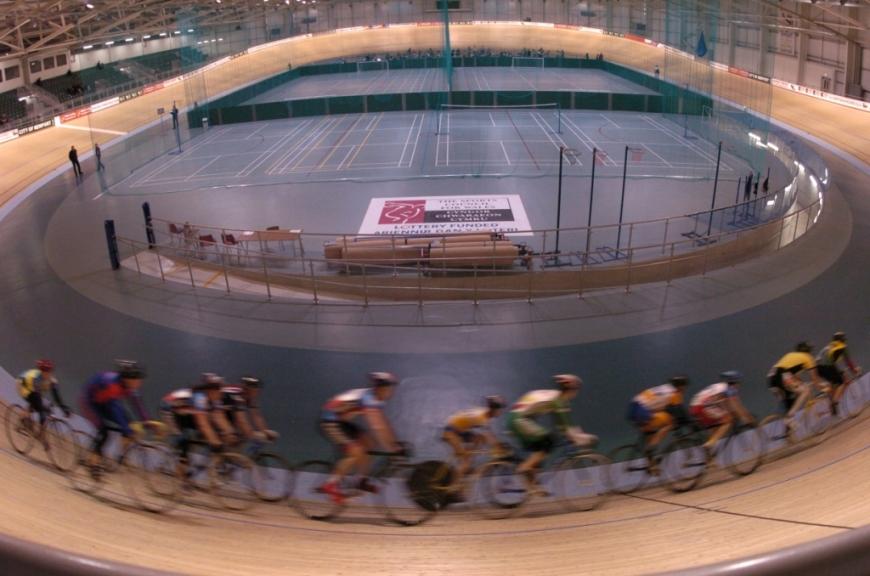 Try your hand at track cycling with Paralympians

Two members of the Paralympic cycling team will be taking time out from their final Games preparations today to give tips to aspiring track cyclists on a family day out at the velodrome in Newport.

Mark Colbourne and Jody Cundy will be at the venue, which is offering pre-bookable drop-in sessions throughout the day and inviting people to have a go on the 250-metre banked track

There will also be qualified coaches on hand to teach the basics of track riding, as well as a Cycle Tots session for children between the ages of two and five.

In 2009 Mark Colbourne, then a sales consultant, broke his back in a paragliding accident at Rhossili beach. Last year he took up cycling and took to it rather like a duck to water, winnning his first Para Cycling World Championship Gold in his very first international track competition, where he also earned a silver in the 1km time trial.

Jody Cundy fell into cycling on an open day at Newport's velodrome, which is particularly close to his heart. Born with a deformed right foot, he was originally a swimmer, but track coaches in Newport spotted his talent and on his first competitive ride he broke the British record for the flying 200.

If you're not lucky enough to secure one of the sessions at 11am, 1pm and 3pm, you can also join in with Sky Ride Local rides around Newport. These will leave the velodrome at 10am, 12pm and 2pm. Just bring your bike and cycling helmet along.