Specialized Venge and SL4 bikes for the Saxo Bank-Tinkoff Bank team, including a look at Michael Morkov's bike
by David Arthur @davearthur

Saxo Bank-Tinkoff Bank are riding Specialized bikes in the 2012 Tour de France and the riders have the choice of the company's aero Venge or lightweight SL4. 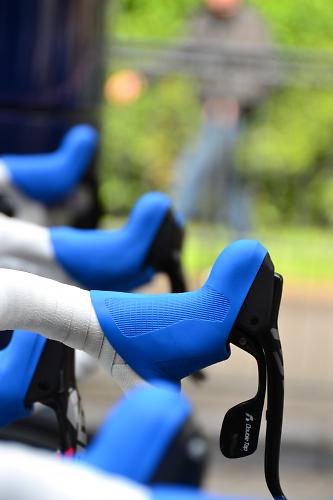 Regardless of frame choice, they're all on the newly launched SRAM RED, the lightest groupset in the world, with colour coded hoods matching the Speedplay pedals (for those riders on the Speedplay platform). 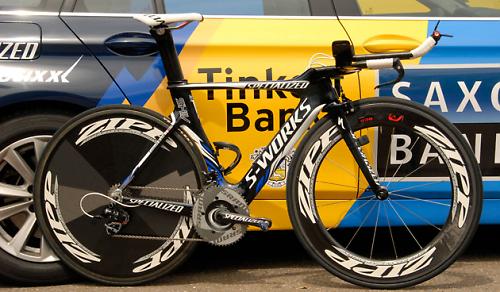 For the time trial stages, of which there is over 90km in this edition of the race, the team switch to Specialized's SHIV. Specialized's own carbon cranks support the SRM Power Tap, a common sight in the peloton now the bikes are so light they need to add some weight. SRAM's bold new chainrings are fitted. 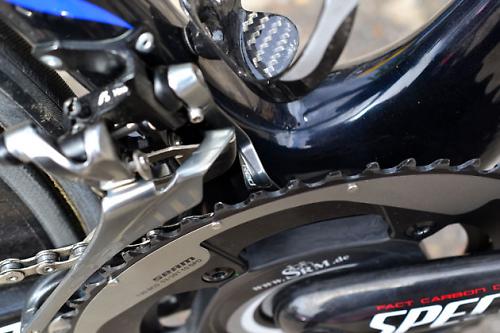 The new SRAM RED front mech comes with a chain guard, something we don't usually see outside of the spring classics. Dropped chains aren't that common, but when they happen they can cost you big, so it's a small weight penalty (and with bikes easily under the UCI limit, they usually need to add on weight).

Dane Michael Mørkøv was leading the best climber classification until stage 7, by being in the early breaks and claiming the polka dot jersey. Michael Mørkøv checks his bike before the stage, earlier last week when he still had that jersey. 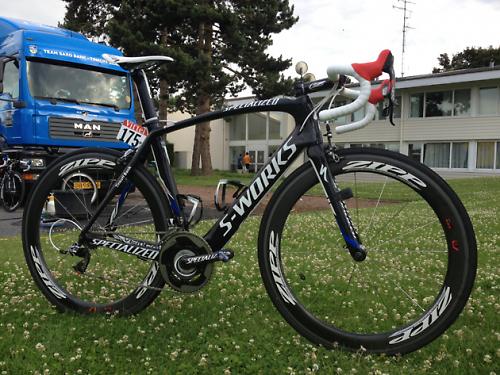 The team are supplied by Zipp for wheels, with the 404 being the most common choice. It's a perfect all-round wheel and apart from some of the bigger mountain stages when they might swap to a lighter wheelset, you'll see the team on this wheel for the three weeks. Notice the SRAM hoods to match the polka dot jersey, a neat touch. 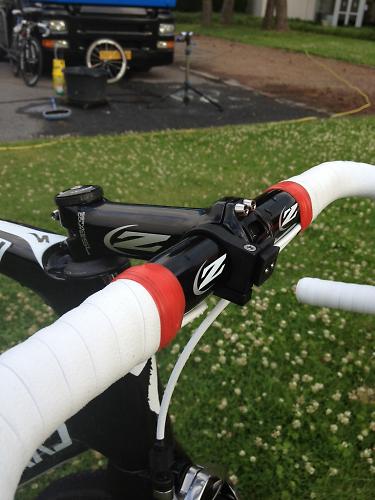 Like his team mates, Michael Mørkøv relies on Zipp bars and stem. In this case it's a 13cm stem slammed, as is the way with pro riders, on the top of the headset. There's just a slim spacer on top. 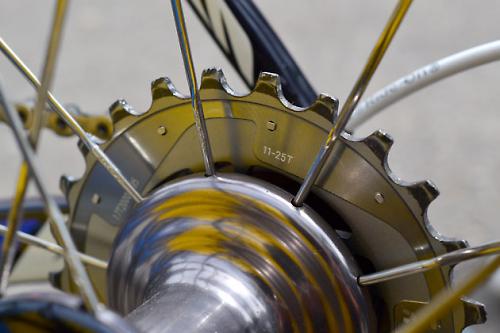 Wonder what size cassette the pros ride? This one is an 11-25, and is a popular choice for most of the race.