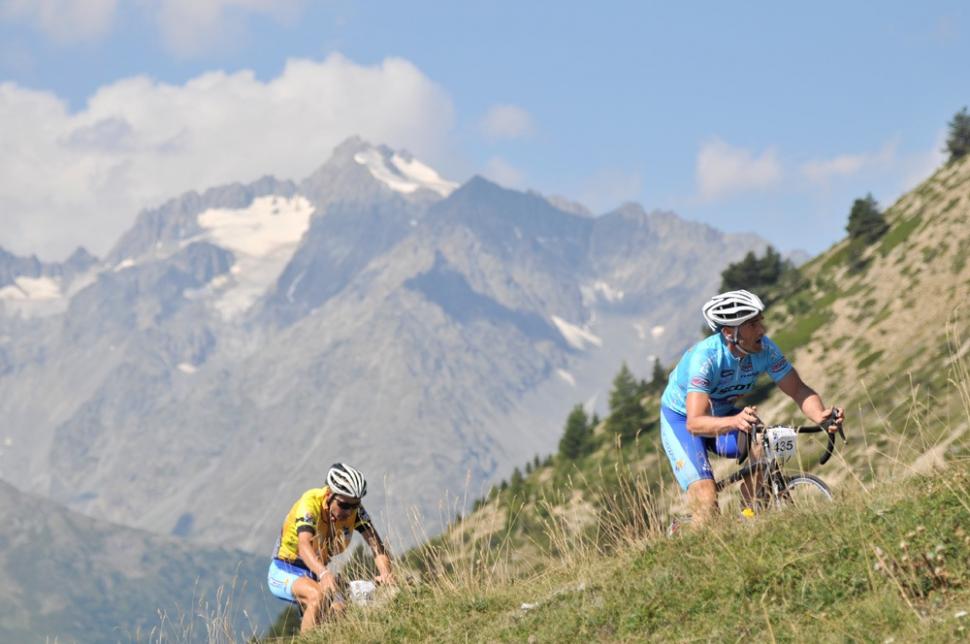 OC Sport has announced the creation of the Haute Route Pyrenees a year after its twin sister, the Haute Route Alps, was established as the ‘Toughest and Highest cyclosportive in the World’.

The first edition of the Haute Route Pyrenees will be held 1-7 September 2013, crossing from Catalonia (Spain) to the Basque Coast (France). It will feature seven timed stages, 800km (500 miles), 20,000 meters of ascent and 20 Pyrenean cols.

The concept of the Haute Route Pyrenees will be identical to that of the Haute Route Alps (Geneva-Nice) – as ridden by our man Jo Burt last year – with both events being held annually. The event will comprise seven timed stages, which will include an individual time trial mid-week.

The course has been once again designed by Race Director Jean-François Alcan.

“The Pyrenees offer an ideally suited profile for the Haute Route, with the exceptional beauty of the landscape and the authenticity of the valleys crossed,” said Alcan. “Our journey links the crystal Mediterranean waters to the shores of the Atlantic, from East to West, via 800km and 20,000 metres of ascent.

“The highest cols of the Pyrenees will feature in the challenging course, including the mythical Tourmalet, and riders must be wary that these climbs are even steeper than the Alpine ones.”

The formula that has contributed strongly to the success of the Haute Route Alps will be replicated for the new Haute Route Pyrenees: a multiday cyclosportive consisting of timed stages, featuring a carefully chosen selection of world-famous cols and ascents. The organisers will limit the number of participants with the aim of keeping the quality of the event high.

“Our objective is to offer a unique experience and total safety to hundreds of dedicated cycling enthusiasts,” said Rémi Duchemin, CEO of OC Sport.

OC Sport will announce the start and finish cities, the details of the course and registration conditions in the coming weeks. Fifty entries will be reserved for participants who wish to take on both the Alpine and the Pyrenean events in the same year, with the start in Catalonia one week after the finish in Nice.

For more information go to the Haute Route website.