It's amazing what you find when you're not looking at Eurobike and we literally stumbled into these new Easton CX disc forks, which is odd as they're kind of hard to miss. 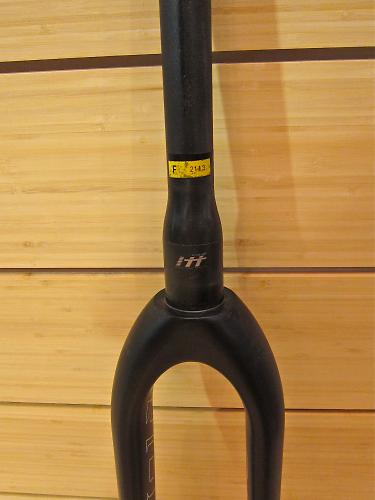 There's no denying the EC90XD is a vast fork, made fully from Easton EC 90 carbon they're designed with the specific practicalities and durability required when putting a disc on a full carbon 'cross fork. The headtube is tapered 1 1/8” to 1 ½” and features ITT, Internal Thread Technology, an acronym (you ain't nuffin if you ain't got no acronym) meaning the inside of the steerer tube is threaded for an anchor nut to screw into, replacing a heavy internal expander plug that can slip or damage carbon steerer tubes. 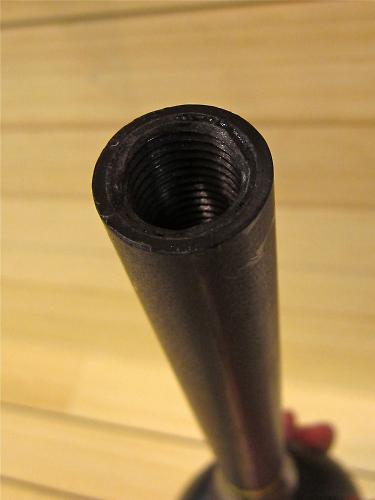 The legs are designed this sturdy to resist the twisting forces that a disc can put on a fork, for similar reasons the dropouts are forward facing to counteract those same braking forces wanting to pop a wheel out, and yet despite their Rubenesque looks the forks weigh a pleasing 460g. 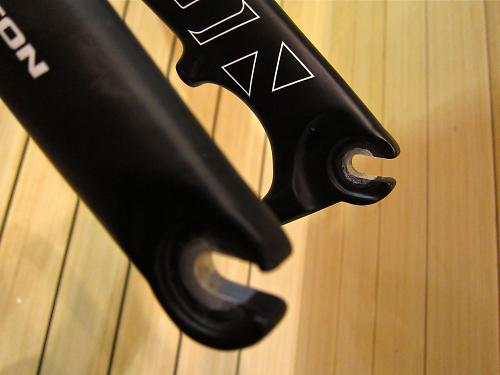 The disc brake post mount is designed for a 140mm disc but it can also be spaced out to fit a 160mm, and disc-hose tidying duties are handled by a trough down the back of the left leg with a pair of zip-tie specific holes spaced down it. Easton say that the fancy clips other carbon disc forks have can pop off too easily and zip-ties are cheap and readily available, the fork even has special recesses moulded in so a zip-tie head fits flush. Nice. 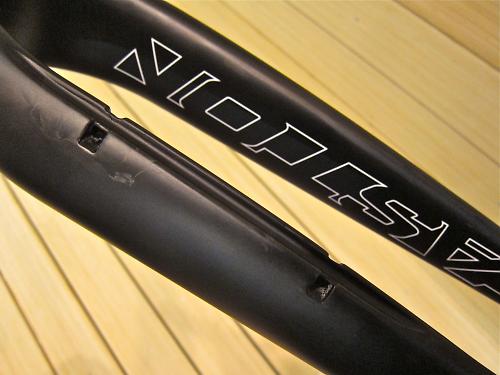 Although they look like they'll happily fit a voluminous tyre they're a pretty standard axle-to-crown length of 395mm and so there's not so much clearance from the top of the tyre to the crown, nothing much fatter than a 38mm tyre will fit in there, but there's tons of clearance to the side which is where Easton figure the problem lies when it comes to mud build-up. 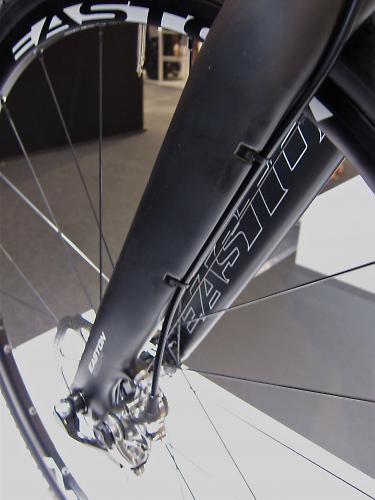 Easton had the fork plugged into a lovely looking Rock Lobster CX frame on their stand and the fork looked a lot less extreme once in context and really rather swish and purposeful. As an aside, skewered into the Rock Lobster were some new Easton Disc Tubeless CX Wheels and there was also a posh version of the old faithful Avid cable disc on there too in the shape of the Avid BB7 Road SL caliper. 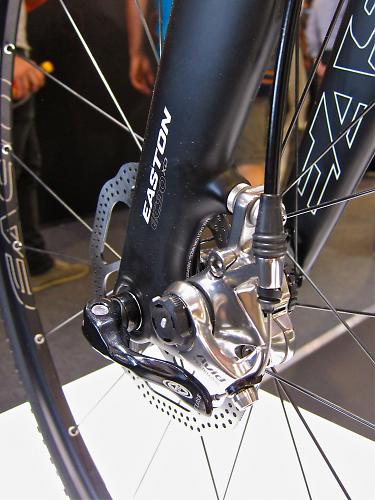 The Easton EC90XD fork should be available around early 2013 and are looking to be about $550, so plenty of time to get saving then.