The 2010 announcements are coming thick and fast now, and next to hit the inbox is a sneak peek at the Genesis lineup for 2010. Genesis have been courting the attentions of a swanky London design agency for the graphics for the coming year's bikes, and the look is very stripped back BoHo. We're mostly interested in what's going on under the paint though, so let's have a looksee. 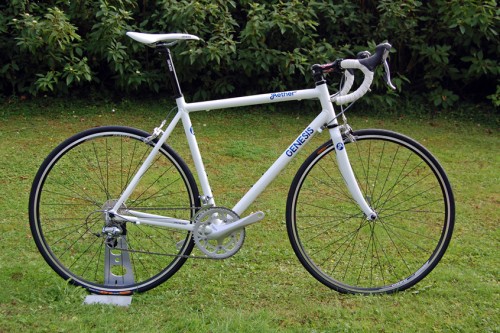 The Aether is a bike firmly aimed at the commuting, training and entry level Sportive markets, it would seem: slightly shorter and more upright than a traditional road iron with a bit more trail to boot, and space for big tyres and 'guards. Road bikes in general are ever tending towards what's though of as the Sportive position, as it's much more suitable for most riders and most types of riding than a 'proper' road bike. The Aether frame is a triple butted ALX-9 Aluminium affair and it's mated to a Carbon-legged fork. There's two flavours. The 20, pictured above, sports a mix of Shimano Tiagra and Sora and will set you back £799.99. The Aether 10 is £200 less and has a mix of Sora and new Shimano 2300 parts. Both bikes come without mudguards but will take a 'guard and a 28c tyre, or a 32c tyre without. 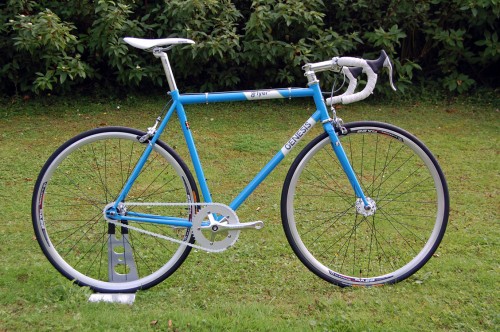 The Flyer has been atound for a bit but this year the frame is a lighter grade of Reynolds 520 and the livery a dashing blue. You get chrome cable clips for extra style points but curiously no bottle bosses: presumably the beautiful people don't ever raise a sweat so taking on fluids is unneccesary. The seat collar and fork are lugged and the finishing kit is all good looking stuff: Formula high flange hubs, sliver Alex semi-deep rims (We suspect the design set will be peeling the stickers off) and a natty semi-solid chainring. The gear is 46x18, perfect for London, and so is the £599.99 price tag. 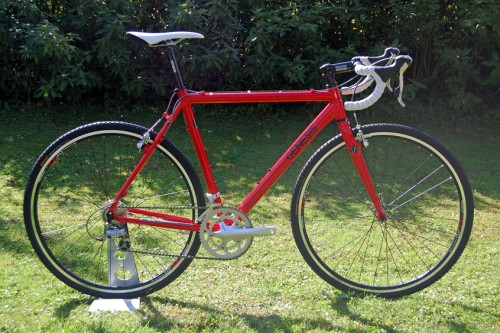 The Vapour cyclocross bike gets a fire engine red triple butted ALX9 Aluminium frame too this year, and a Carbon fork. There's a mix of 105, Tiagra and Sora running gear and Tektro cantilever brakes, along with a "New front hanger mount for positive braking" – we're not sure how it differs from the old front hanger. The Vapour will set you back £849.99.

One thing that we haven't got a pic of that we're really looking forward to is the Day One singlespeed cyclo cross bike that the boys at Genesis are going to make this year in both flat and drop bar variations. The flat bar version has been around before but the drop bar incarnation stems from a personal hack that one of the guys made last year: we saw that bike at IceBike and it looked like a lot of fun.

1
Video: Driver calls 999 to report cyclist for not getting out of her way
2
Boss of lorry firm killed in collision involving one of his own trucks
3
Residents complain about plans to demolish house to make room for new cycle path
4
86-year-old cyclist died while riding Land's End to John o'Groats
5
Council pulls plug on safe cycling route to help school run issues
6
Win! 5 anti-theft GPS tracking Alterlock units to be won worth £114.99 each
7
Vittoria launches run-flat Air-Liner inserts for road bikes
8
Near Miss of the Day 566: Royal Mail van driver nearly hits pedestrian then cyclist