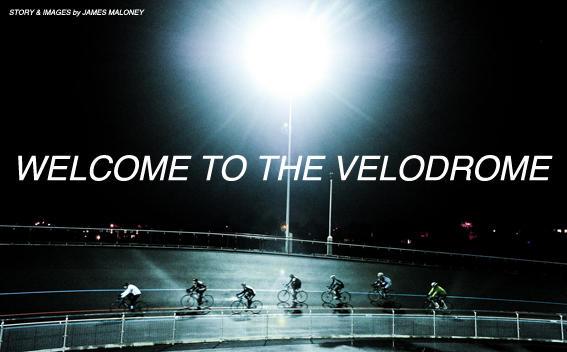 A pair of cycling buddies from Liverpool have joined forces to create a web-based cycling magazine from scratch in just six weeks.

Liverpudlian James Maloney is a journalist and photographer at the Liverpool Echo, and was desperate for an outlet for the cycling photos he took around his training, racing and spectating. Yorkshireman Dan Kenyon, an advertising and portrait photographer based in Liverpool and he trained together as part of Liverpool Mercury CC.

t wasn't long before Spin Cycle was born,  and Issue 1 is free to read online.

Dan told Road.cc: "We sat down and wrote a list of potential stories and found we had enough to last until summer 2014 if it was bi-monthly.

"The magazine was born.

"Like you do with a band, we spent plenty of time trying to get a name for the magazine and after playing around with dreadful pompous titles such as "NW Racing Cyclist" and subtitles such as 'The North West's only Dedicated Cycle Racing magazine,' James came up with the dreadful punning 'SpinCycle magazine'.

"I winced and said "Oh why not...". James had already taken the Twitter name so our working relationship was running true to form."

It's going to be something different, SpinCyle.

"Spin most definitely won't be a 'mamils' mag," said Dan.

-We aim to promote traditional local club run sportives such as the Bill Bradley and the Lancashire Lanes which have no revenue agenda and instead feed back into the club system.

"Clubs aren't for everyone but they are still the national patchwork which holds cycling together in the UK and we hope Spin Cycle will reflect that too."

James too echoed much of Dan's sentiments.

He told Road.cc: "We both very much see the magazine as a way of helping share some of the fantastic stories that the North West has to offer.

"As a region, it has a rich history with cycling and many great professionals over the years hail from this corner of the UK. Sadly, the local media in the area don't really do the sport any justice - its all football, football - and the national cycling media are more interested in the current pro tour riders or southern sportives than the local legends.

That's where we come in. We want to help promote cycling in the North West and share these stories before they're lost forever.

"One thing that we will be concentrating on is helping promote women's cycling as much as possible. There isn't enough coverage of this side of the sport and that's a real shame. After all, true talent isn't determined by gender."