A lightweight, high definition camera that runs on a constant loop
by Mat Brett

Check out the new RoadHawk Ride helmet camera that we have in for review. It looks very, very neat and the footage it takes is high definition so you get excellent detail.

Anyhow, let’s start at the beginning… RoadHawk is a UK company, based down in Cornwall (or ‘up in Cornwall’, I guess, if you live in the Scilly Isles). They’ve been making cameras for cars for a few years and this is their first ride camera, aimed at motorcyclists and horse riders as well as cyclists. It’s small at just 85mm long with a diameter of 20mm. The RoadHawk uses a wide-angle lens and records at 30 frames per second. One of its key features is that it records on a constant loop. The 8GB SD memory card that’s supplied will hold about two hours of high definition footage. You can upgrade to a 32GB card if you like, to save over eight hours. Once full, the camera automatically starts recording over the existing footage.

If you witness or are involved in any significant incident, you can save the relevant footage and download it to a Mac or PC via a card reader. It’s all time and date stamped, which is useful if you ever need to use the footage as evidence. The built-in Li-Poly battery provides enough power for 90 minutes of recording. That might not be long enough for a big weekend ride but it’ll see you right for most commutes. You can connect the camera to an external battery supply for longer record times using the cabling system supplied with the camera.

Several mounts are included in the package, including a curved-base mount for helmet mounting. It all looks pretty straightforward. Operating the camera itself is certainly simple: you get an on/off button and that’s it. When it’s on it’s recording, you don’t have to remember to hit ‘record’ or anything. 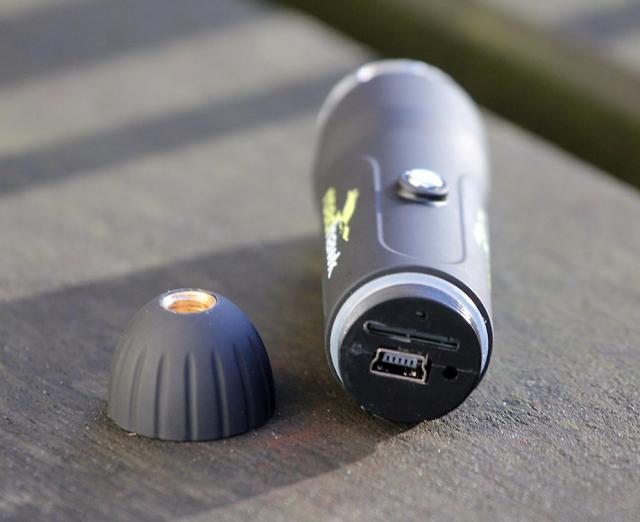 RoadHawk say the camera is waterproof up to a depth of 10m, so your ride will have to go wrong in a big way before things get damp inside. If you find yourself 11m underwater at any point, you could be in trouble. You can install a non-waterproof cap on the back for better sound recording if you like.

The RoadHawk Ride is priced at £149.95. We’ll have a complete review on road.cc shortly. In the meantime, check out www.roadhawk.co.uk for more details.