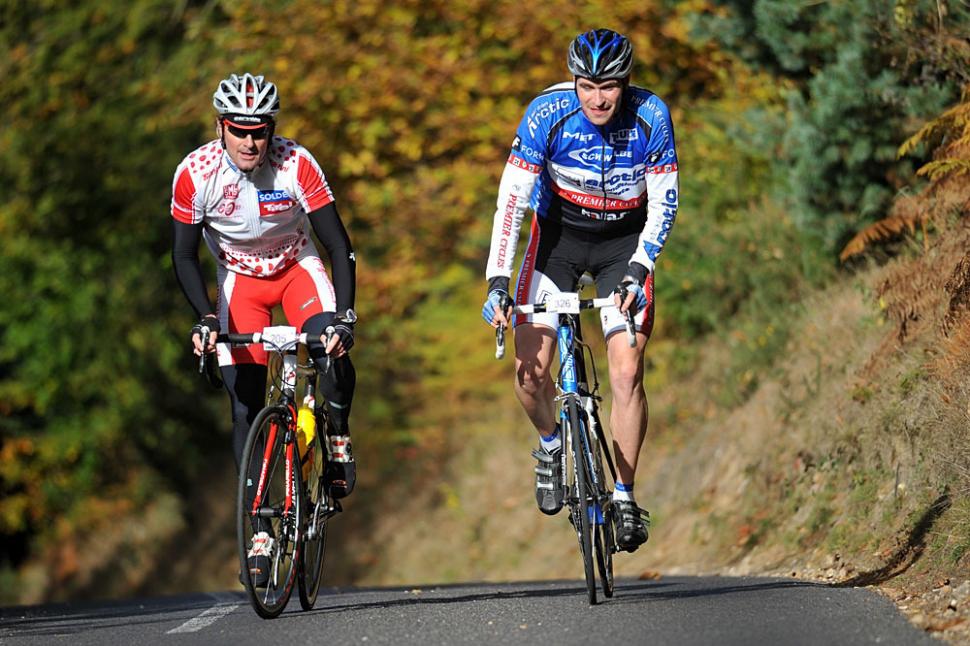 Sportives 'should be less frequent and with smaller fields'...
by Sarah Barth

Huge fields of riders taking part in organised sportives in the New Forest scare horses and should be limited, the New Forest Equestrian Association has said.

Dr Tony Hockley from the Association told the Daily Mail: "The concept of sportive events is totally new.

"The biggest problem is speed and volume. When you have 5,000 people riding against the clock they aren’t going to slow down for horses on the road.

"We have always had cyclists and races in the New Forest but with the numbers of them involved now it is a constant stream of bikes racing that goes on all day."

Last month we reported how a woman whose horse had to be put down after it was frightened by a group of sportive riders in Sussex said that cyclists had no respect for other vulnerable road users.

Jo Flew and her daughter Joanna were out for a horseback ride on June 23 when they happened upon the route of the Etape de Sussex along Daleham Lane.

When they came across about 20 cyclists, Jo's horse kicked Joanna's in fear and broke its leg.

Jo told the Sussex Express: “We knew a cycle event was taking place but we had no idea what time. On our way home it became apparent that it was happening.

“A few bikes raced past which was OK as our horses were used to them. But then looking behind us there was suddenly a large number in groups of about 20, but only seconds apart.

“As they came past our horses became very frightened. We felt like we were being swallowed. This caused my horse to kick out at the bikes but instead it kicked my daughter’s horse, Willow, in the leg.”

A spokesman for British Cycling said: "We share the roads with many other user groups and as such there is a clearly defined process for allowing permission for a cycle race to take place on the highway.

"We are always very clear that all cyclists should obey the Highway Code and be respectful of other road users at all times.

"In our guidance for road race organisers we ask them to find out if there are any local liveries and stables nearby and to make them aware of any events happening."

It's not the first time the New Forest Equestrian Association has intervened in matters relating to horses and other road users.

Just this week Dr Hockley told the Salisbury Journal that it would be a 'great shame' if new open top bus tours of the New Forest - funded by the Department for Transport as a measure to reduce vehicle traffic in the area - endangered horses.

He said: “Just the noise of the air brakes or a bus travelling at speed over a cattle grid can spook a horse."