A look at the bikes Sagan raced in the 2013 Tour, including the ‘Hulk’ with glow-in-the-dark paint and a final stage special
by David Arthur @davearthur

There’s a strong tradition of bike manufacturers gifting star riders custom painted bikes, from celebrating past and present victories, iconic nicknames through to leading a classification battle. A rider knows they’ve ‘arrived’ when they get a specially painted bicycle, and Peter Sagan is no exception.

At the tender age of 23, the prolific Sagan is getting used to always rolling out on a custom-painted bike. Last year he was given the Tourminator. For this year’s Tour de France he raced all but the last stage aboard the ‘Hulk’, a bike modelled on the comic character, with glow-in-the-dark paint. For the final stage, Cannondale prepared a frame to mark the 100th edition of the race and his conquest in the green jersey points classification. 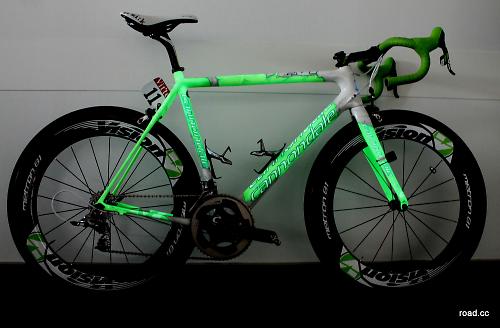 The first thing we did when we saw Sagan’s famous ‘Hulk’ Cannondale SuperSix Evo at the CSG show (CSG is Cycling Sports Group, Cannondale’s UK distributor) recently was to rush it off to a darkened room to see if it really does glow in the dark. Low and behold, it really does... although my skills with the camera really don’t do it justice at all. 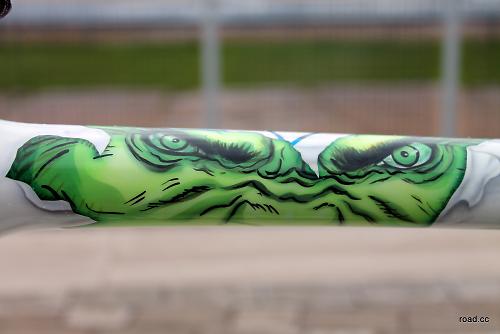 The idea behind the paint was all geared towards the late running of the final stage up the Champs-Élysées; the sight of Sagan racing a bike glowing brightly would have made quite a picture. Unfortunately, it wasn't quite dark enough. 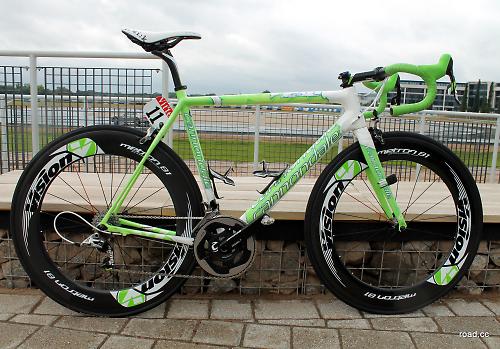 The first thing you should know about the ‘Hulk’ bike is that it took 40-hours to produce. Cannondale send their frames to be custom painted at a paint shop in Italy. Picture little old ladies skillfully applying paint with teeny paint brushes. Peter Sagan was instrumental in the direction of the designed, and was involved throughout the process. Why the Hulk? It’s a nod to his impersonation of the comic book character when he won stage six of the Tour de France last year. And the green reflects his ambitions in the Grand Tour. 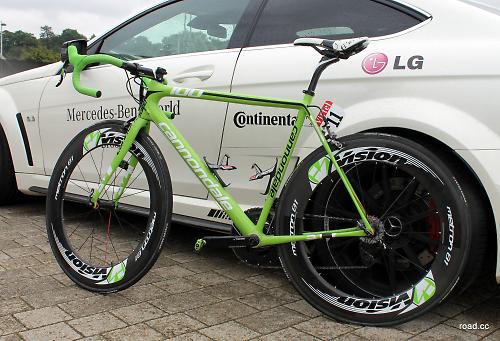 The bike Sagan raced on the final stage of the race definitely didn’t take 40 hours to prepare. Rather than the slick finish of the ‘Hulk’ bike, the decals have clearly been laid over a bare frame. Sometimes even the best laid plans result in a last minute dash to get something finished. 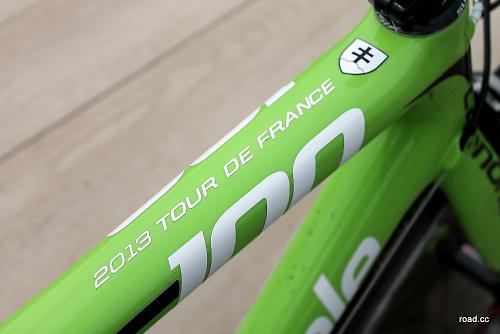 Cannondale painted the frame green to match the green jersey Sagan won (and his hair, dyed for the occasion) and also celebrated the 100th edition of the Tour, something several other bike manufacturers did as well. 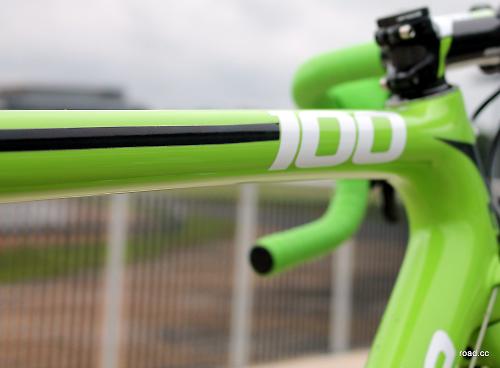 The bikes are Cannondale's Super Six Evo Hi-Mod, and both have the same custom geometry that we covered in detail with Sagan’s Synapse which he raced during the Classics. Most racers have a pretty extreme position typified by a long and low stance that suggests great flexibility, gained from spending 40 hours a week in the saddle.

Sagan is no different. He doesn’t ride a stock frame like the rest of the team. He gets a custom moulded frame instead. It essentially pairs a 58cm top tube with the head tube and seat tube from a 54cm frame. Though the Evo is moulded in three parts, they had to develop a new mould for the front end, and moulds are expensive. The rear triangle is from a standard frame size. 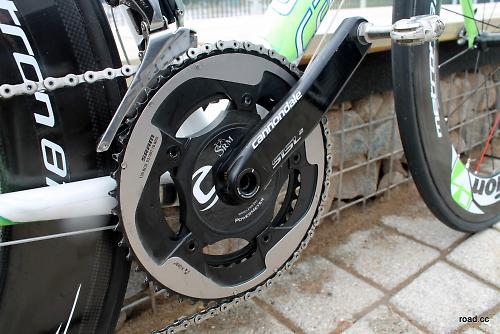 Both bikes get the same SRAM Red 10-speed drivetrains, with Cannondale’s SiSL2 crankset and SRM PowerMeter installed. His cockpit preferences include aluminium FSA handlebars, with a classic deep drop, and 120mm stem.

The headset top cap has been machined to be as slim as possible. There’s just a sliver of a spacer between the frame and stem. Sagan perches on a Fizik Aliante saddle. 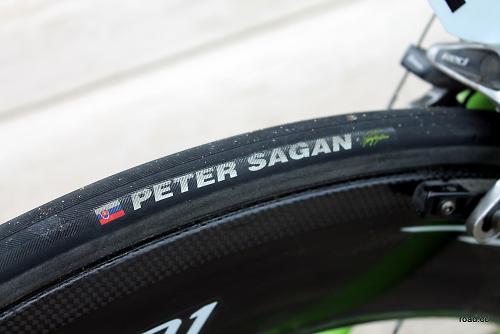 The tyres in this case are mounted to Vision Metron 81mm deep-section carbon tubular wheels. 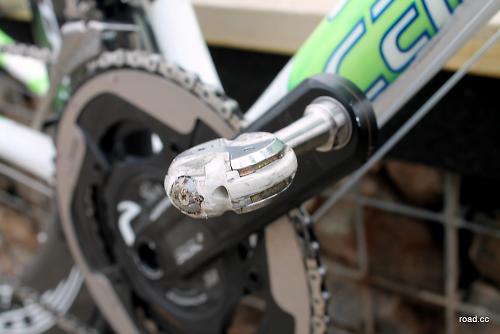 Sagan is another of the many Speedplay fans. These are the posh and very light - 164g claimed - Zero Titanium models. 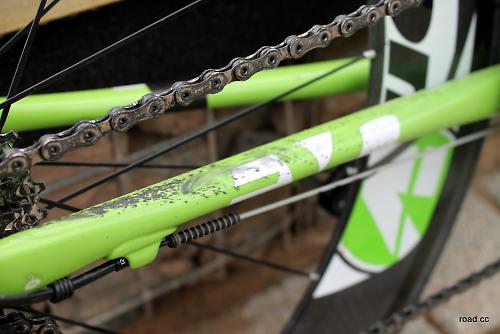 The bike could do with a good clean: it’s still dirty from the Tour... but that’s part of the appeal. A surprising amount of oil has transferred from the chain to the chainstays, in just one stage of racing. 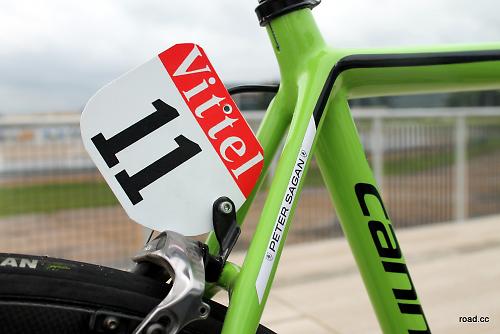 Both of these bikes are insured for an undisclosed sum. We’ve no idea how much but it has to be a fair old chunk. With Sagan signed up for another year with the Cannondale team, we look forward to seeing how they trump these two very special bikes in 2014.