The recent Eurobike show gave us the first chance to see some of the latest product and accessories that manufacturers have up their sleeves for 2014. The pace of development continues, with new aero handlebars and seatposts, new saddle and seatpost designs, a hydraulic rim brake and even a brand new bottle cage.

Hidden behind a locked door on the 3T stand was this brand new DiffLock Aero seatpost. 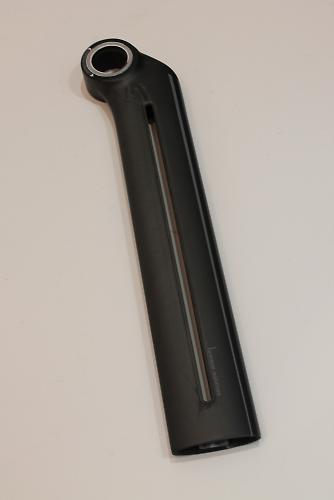 It was developed with Felt for their new AR aero road bike, but it will also be available to buy separately - providing it fits your frame. It’s made from carbon fibre, and that cutaway central section is compatible with the internal seatclamp design on the new Felt. The design allows a lighter weight due to using thinner walls, which also leads to a little extra comfort. Additionally, in the pursuit of comfort, is the slim polymer ring surrounding the splined clamping mechanism. 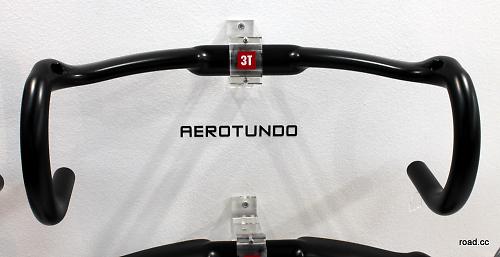 Brand new in 3T's broader handlebar range is this aero handlebar, which is available in two versions. There's the Aerotundo with a classic round drop, and the Aeronova with short reach drops. 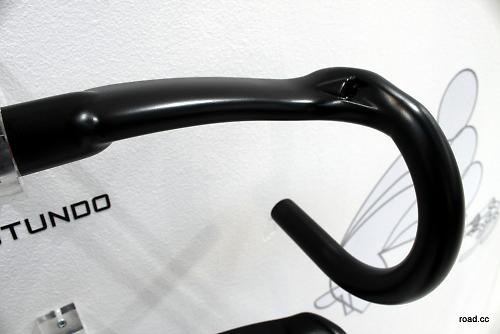 Both have the same aero profiled top section, with cables routed internally. With the rise in popularity of aero road bikes we can see aero handlebars becoming a bigger segment of the market. 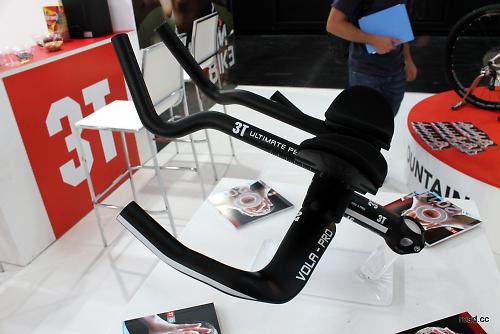 The Volo Pro is a new cheaper alloy time trial base bar and extension setup, with plenty of adjustability thanks to 10 and 20mm spacers to alter the height of the pads. The extensions are interchanged with any of 3T's handlebars so all shapes are available. It comes supplied with these ski bend extensions.The pads are multi-adjustable as well. 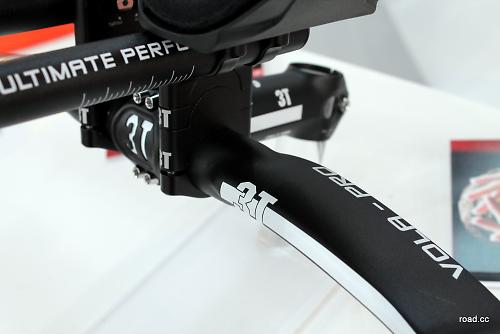 No word on pricing yet but it should sit well below their carbon offerings, and the claimed sub-800g weight is pretty competitive.

Want to fit a rack to your road bike but don’t have any rack mounts? Topeak’s new Roadie Rack is designed to clamp to any road bike,with two clips that fix to the seatstays and a supporting strut mounting to the brake bridge. It's a nice, slender design and offers easy adjustability. 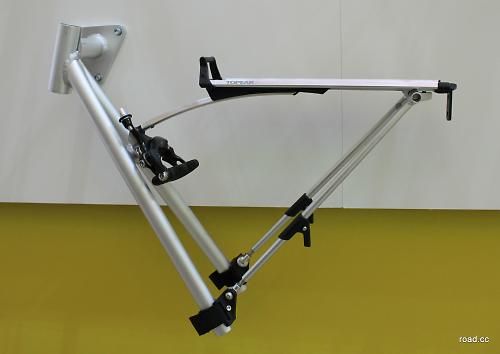 Carbon-fibre specialists Enve have a new SES Aero Road Bar that has been developed in the wind tunnel, SES denoting the products made in collaboration with aerodynamics guru Simon Smart. 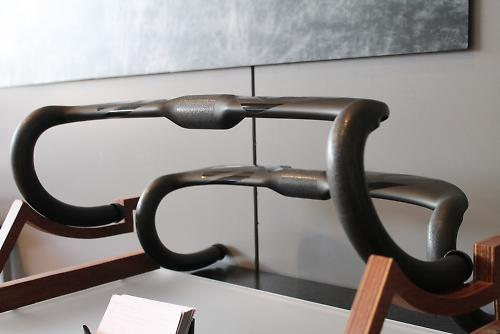 The SES Aero Road Bar comes with a top section that features an aerodynamic profile while the cables are routed internally. The reach is 77mm, the drop is 127mm, and the ends flare outward 25mm from the bends to give some wrist space when you’re on the drops. Enve publish a weight of 250g for the 40cm width (measured centre-to-centre at the drops). The bars are also available in 42cm and 44cm versions, priced at £250. 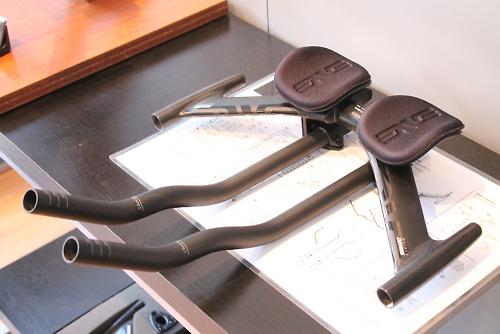 Simon Smart worked on the SES Aero Bar (as opposed to the Aero Road bar) with British TT ace Matt Bottrill. The reversible base bar is 40cm wide and you get a load of adjustment on the key variables. Cunningly, the extensions can be J-bend, S-bend or straight, depending on whether/how you cut them. These are going to be priced somewhere around £800-£850.

Enve have responded to the growth in disc brakes for road bikes (you might have heard about this!) by developing a road version of their Cross Disc fork – called the Road Disc, appropriately enough. It has less clearance than the cyclocross version. The Road Disc is available for use with either a 1 1/4in or 1 1/2in lower headset bearing. Both versions have a 43mm rake and an axle to crown distance of 367mm. As you’d expect, in terms of weight the Road Disc is far closer to Enve’s Cross Disc fork than to their standard Road Fork, because of the extra material needed. It’s 435g. No UK price has yet been set.

Here’s Shimano’s new Di2 seatpost battery. As the name implies, it’s designed to fit inside a round seatpost and removes the need for the external battery that has become a common sight in recent years. It’s taking a while to trickle through to OEM, as only a small handful of bike manufacturers showed bikes with it fitted. 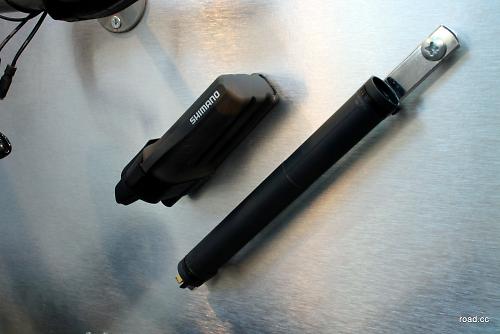 Ritchey showed off their brand new Vector Evo rail seatpost/saddle design. Now, if you’re thinking it’s the same as the SDG or Selle Italia rail system, it’s not. It’s similar but it is not the same. 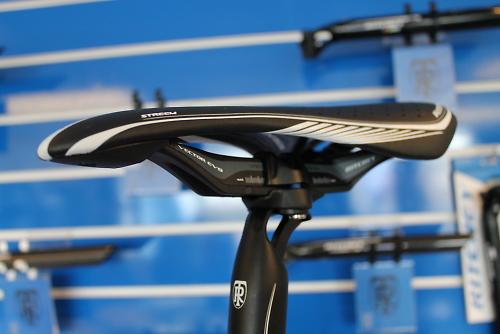 The trick part of the design is that the rail clamp will fit onto any regular Ritchey seatpost with a LINK head, so you might already have a compatible seatpost on your bike. The benefits of the new saddle, say Ritchey, are lower weight and increased comfort. There’s also a huge range of fore-aft adjustment from the design. 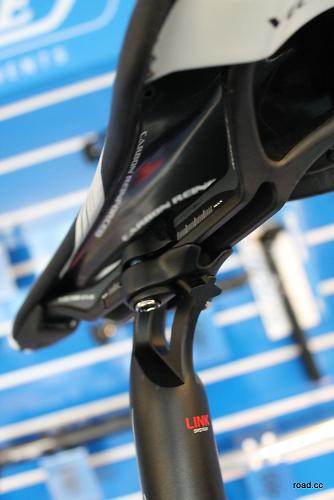 The design of the rail and the wing section at the back, and the way it fixes to the saddle, allow for a high degree of flex so it should be good at taming vibrations. There’s only a choice of two saddles at present, the Streem and Contrail - we’ve tested the regular Contrail saddle in the past and found it a very comfortable shape. 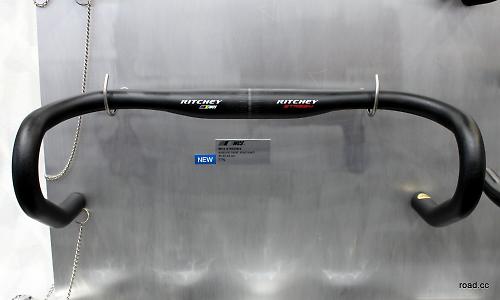 Ritchey’s new Streem II handlebar features a short reach and shallow drop with an anatomical bend, a popular combination these days. There are grooves for the cables to keep everything nice and flush. The centre section is compatible with clip-on extensions. Weight is a claimed 275g and it’s available in three widths. 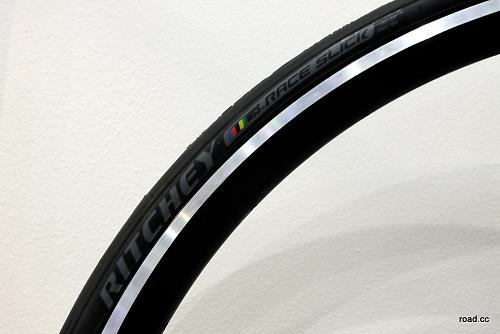 Ritchey have brought back their road tyre, this is the Race Slick. Available in 23 and 25mm options, it’s made with a 120tpi reinforced nylon casing with a 60A durometer rubber tread. Weight for a 23mm version is a claimed 189g, which is seriously light. It’s available as a tubular as well.

SRAM and Shimano have both released new hydraulic brake systems for road bikes this year, but they’re not cheap. This is Ashima’s solution: the Hydro-Mech cable to hydraulic converter, here fitted to a Culprit Croz Blade road bike. 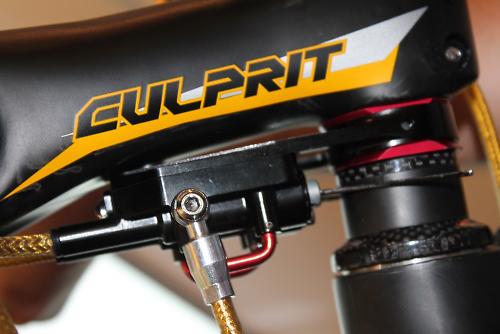 The idea is that you can use your existing mechanical levers with hydraulic disc brakes. The master cylinder sits underneath the stem, one reservoir feeding both the front and the rear brakes. It is connected to the bike via a headset spacer and it can be positioned to reflect the angle of your stem. 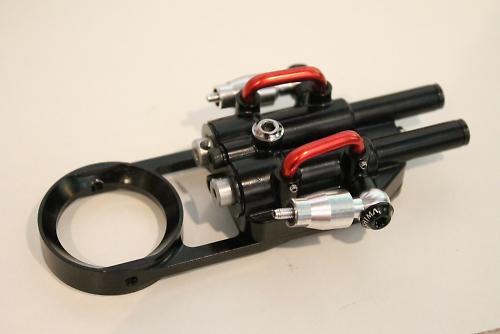 It uses a two-stage piston design and Ashima reckon it’ll be lighter than any other option out there, like Hope’s V-Twin system. We don’t have a price yet but Ashima say it should be ready in time for next year’s Taipei International Cycle Show, which is early March. This is more work in progress from Ashima – a hydraulic rim calliper brake that should be ready in time for next year’s Eurobike. 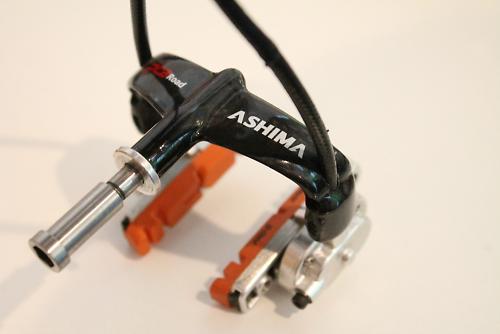 The idea is that the whole of the brake, apart from the shoes, can be contained within the frame or fork, so it’s likely to end up specced on time trial bikes or other applications where aerodynamics is especially important. 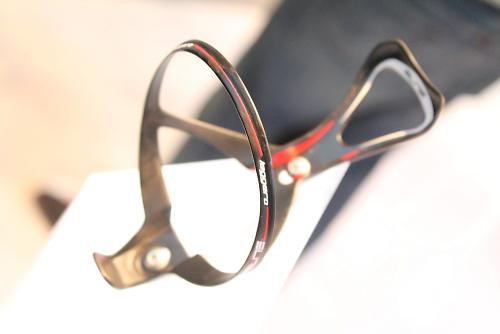 Elite will launch a new superlight Leggero bottle cage in the spring that weighs just 14g. A 25g bottle cage is light; 14g is, well, it’s hardly there at all. It feels surprisingly sturdy for something this light. The cost is likely to be around the £50 mark. 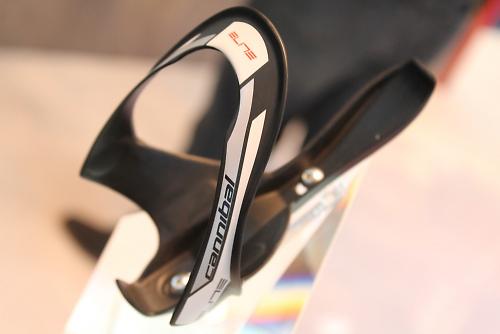 Elite will be releasing a carbon fibre version of their existing Cannibal cage too. Good side entry/release makes the Cannibal design especially suitable for small frames. We’ve no price on this one yet 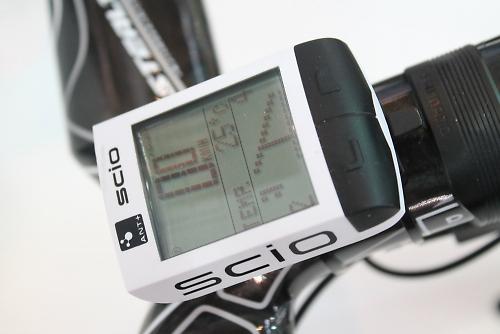 You plug the Data Fly into your Di2 system (the system must use the e-Tube cablesets, so it can’t be the original Dura Ace 7970), and then the Scio Alti can show you a graphic indicating the chainring and sprocket you’re currently using along with a Di2 battery level indicator (it shows increments of 5%). It’s not a replacement for the Shimano Flight Deck computer, by the way. That will remain in the line-up.

We’ve heard whispers that Garmin are thinking about releasing firmware for the Edge series of computers that will also display the Di2 battery level and gear position using the ANT+ data communicated by the Data Fly device. That’s far from confirmed, though. Pro have a new wide-nosed time trial/triathlon saddle too: the Aerofuel. It comes with a carbon-reinforced base, hollow rails and an anti-slide cover, and it’s available in both black and white. The weight, according to Pro, is 295g.