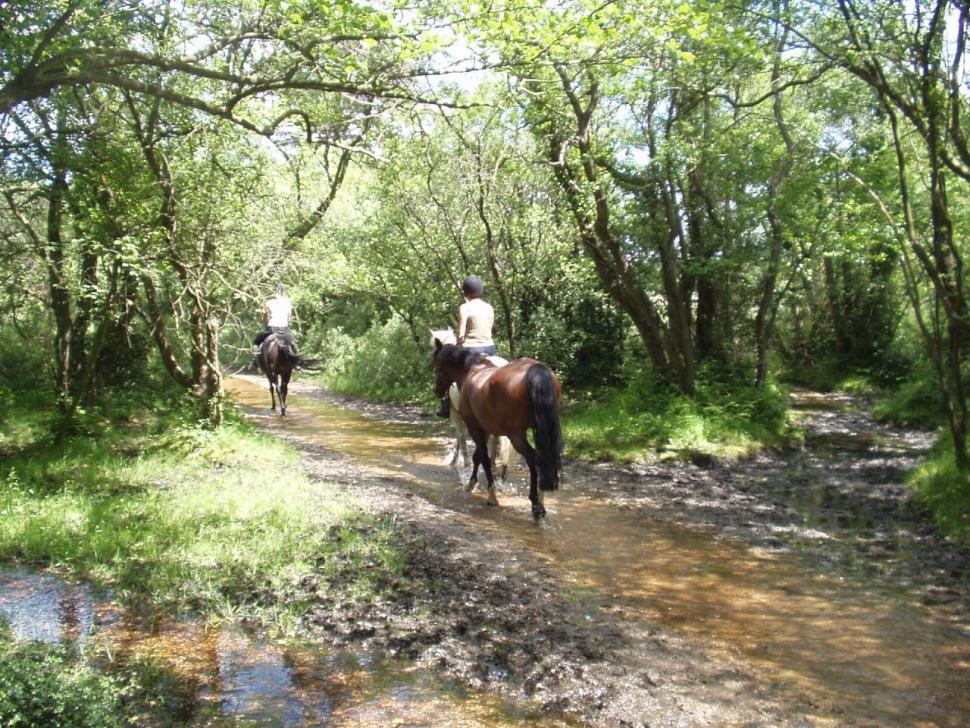 Horse riders in the New Forest have pleaded with the organisers of the New Forest Show to stop renting out their showground as car parking for cyclo-sportive riders.

Equestrians in the area feel that there are too many organised mass cycle rides in the area, which often start and finish at the showground in New Park, Brokenhurst.

The New Forest Agricultural Show Society has said that it will consider the request at a board meeting in November, citing the cancellation of a pony drive last month due to the presence of the Wiggle New Forest 100 Sportive, organised by UK Cycle Events.

We reported how the event, which saw up to 3,000 cyclists descend on the area, meant that the New Forest Verderers made the decision to cancel the drift on safety grounds.

According to the Forestry Commission: "round-ups, or ‘drifts’ are held throughout the forest by the Agisters to treat any health problems the ponies and cattle may have, and to keep a count of the stock roaming the Open Forest.

Mares and foals are marked during this time – foals are branded and the tails of mares are cut in distinctive patterns – enabling the Agisters to see that the grazing fees have been paid and to indicate in which area their owner lives."

He said: “The purpose of the society, which leases the showground from the Forestry Commission, is to ‘support agriculture and equestrianism’.

"The use of the showground as a car park for commercial off-site events involving more than 1,000 cars and thousands of competitors is making life even harder for a struggling equine community that is the backbone of the rural economy 365 days a year.

“Without the availability of the showground site, these cycle events would be restricted to a much more manageable size.”

New Forest Show secretary Denis Dooley said: “We obtained the lease of New Park in 2005 and since this time have offered a low-cost, flexible venue to a variety of different organisations.

“We have recently received a letter from the NFEA expressing their concerns over the identity and size of future events held at New Park and will look into these concerns at our next board meeting on November 20.”

Martin Barden of UK Cycling Events said that in the case of the Wiggle New Forest 100 sportive, due notice had been given of the event, which was planned last year.

He said: “Despite offers of altering our event and working with the drift to ensure it was safe and could continue, the Verderers have made the decision to move it to another day.”
“We hope that with better communication from the Verderers, future clashes can be avoided.”

The row is the latest in a series of clashes between cyclists and New Forest residents.

The Wiggle New Forest Spring Sportive was subject to sabotage, with in excess of 1,000 signs vandalised, drawing pins scattered on the road and motorists driving slowly to form a kind of rolling road block. The event has been the subject of vociferous opposition from some locals.

It’s all part of an ongoing battle between horse riders and cyclists in the New Forest, which has seen accusations of spooked horses and blocked roads for locals.

In June Last month we reported how a woman whose horse had to be put down after it was frightened by a group of sportive riders in Sussex said that cyclists had no respect for other vulnerable road users.

Jo Flew and her daughter Joanna were out for a horseback ride on June 23 when they happened upon the route of the Etape de Sussex along Daleham Lane.

When they came across about 20 cyclists, Jo's horse kicked Joanna's in fear and broke its leg.

In Hampshire in May, we reported how local police were forced to issue a strongly worded warning ahead of a re-run of the Wiggle Spring Sportive, that they would not tolerate any attempts to disrupt the event, which on its first day was marred by bad weather and attempts by some local people to disrupt it.

Tips for riding around horses: