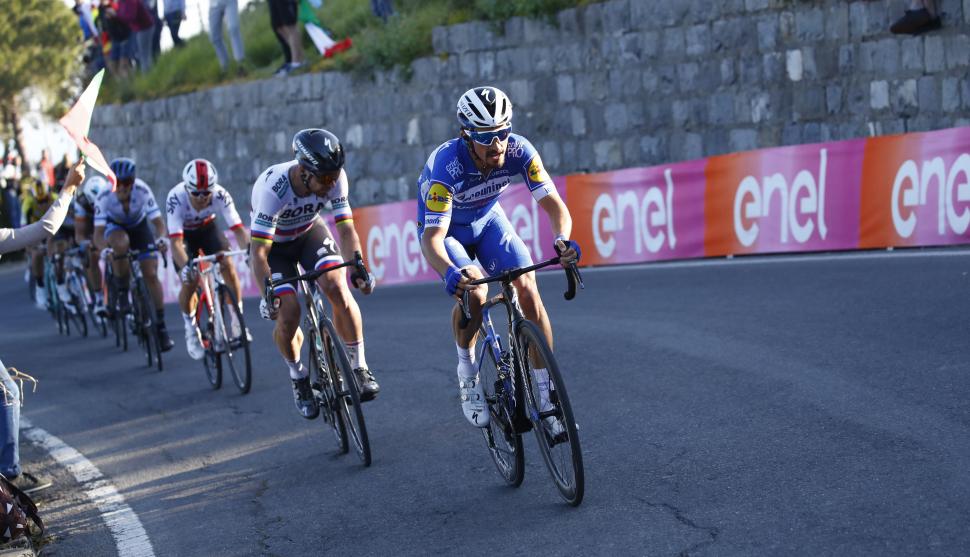 Huge changes have been made to the route of Milan-San Remo, due to be held a week on Saturday, after mayors of a number of coastal towns along the route objected to the passage of the race as they seek to rebuild their tourism industries following the COVID-19 crisis and prevent further spread of the coronavirus.

And with a big climb crested just 30 kilometres before the riders finally hit the Ligurian coast at Imperia ahead of the signature ascents of the Cipressa and the Poggio, the new proposed route devised by organisers RCS Sport introduces an extra element of unpredictability in this most unprecedented of seasons.

To understand the impact of that, first you need to consider the traditional route, as shown in the profile below. Leaving Milan towards Pavia on its 293-kilometre journey last year, after Novi Ligure the road heads gradually upwards towards the Passo del Turchino, at an altitude of 532 metres, before heading down to the Ligurian coast to the west of Genoa. 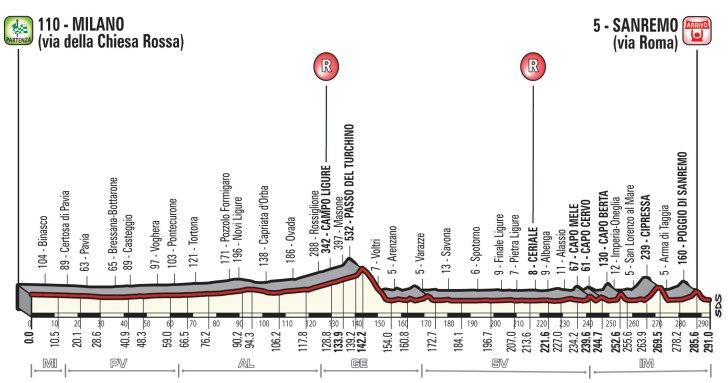 The race then hugs the coast, passing through resort after resort, ahead of a 20-kilometre section that takes in the short climbs collectively known as the Tre Capi – the Three Capes, Capo Mele, Capo Cervo and Capo Berta – the last bottoming out with just under 40 kilometres to go, just before the entry to Imperia.

Not this year, however, with the Gazzetta dello Sport reporting that 13 of the 16 mayors of communities in the province of Savona vetoed the race passing through their towns, meaning instead the organisers have had to take the route inland.

That means a wholesale change to the parcours right from the off – instead of heading out of south from Milan for Pavia, it heads southwest to Vigevano, then onto Alessandria and into the heart of Piedmont – and the hillier terrain – as it passes the towns of Asti and Alba.

Then, after passing Fossano and Ceva, comes the Nava climb, five kilometres in length and with a summit at 934 metres, which just 30 kilometres from Imperia and around 70 kilometres from the finish is bound to introduce a new dynamic to the closing quarter of the race, which will now cover 299 kilometres.

The new profile, below suggests that that there will be plenty of opportunities for teams that have an interest in ensuring it won't come down to a sprint finish to shake off rivals well before we're back on the traditional course.

It may be a one-off edition of the race, with the amended route now added to the high summer rather than early spring calendar slot, but it may well turn out to be a memorable one.

Following its suspension in March, the UCI WorldTour calendar is due to resume this Saturday in Italy’s Tuscany region with Strade Bianche, which in its short history has established itself as a must-watch early season race – even if, this year, that early season falls at the start of August.

Maps of both the 2020 route and the traditional route of Milan-San Remo appear below. 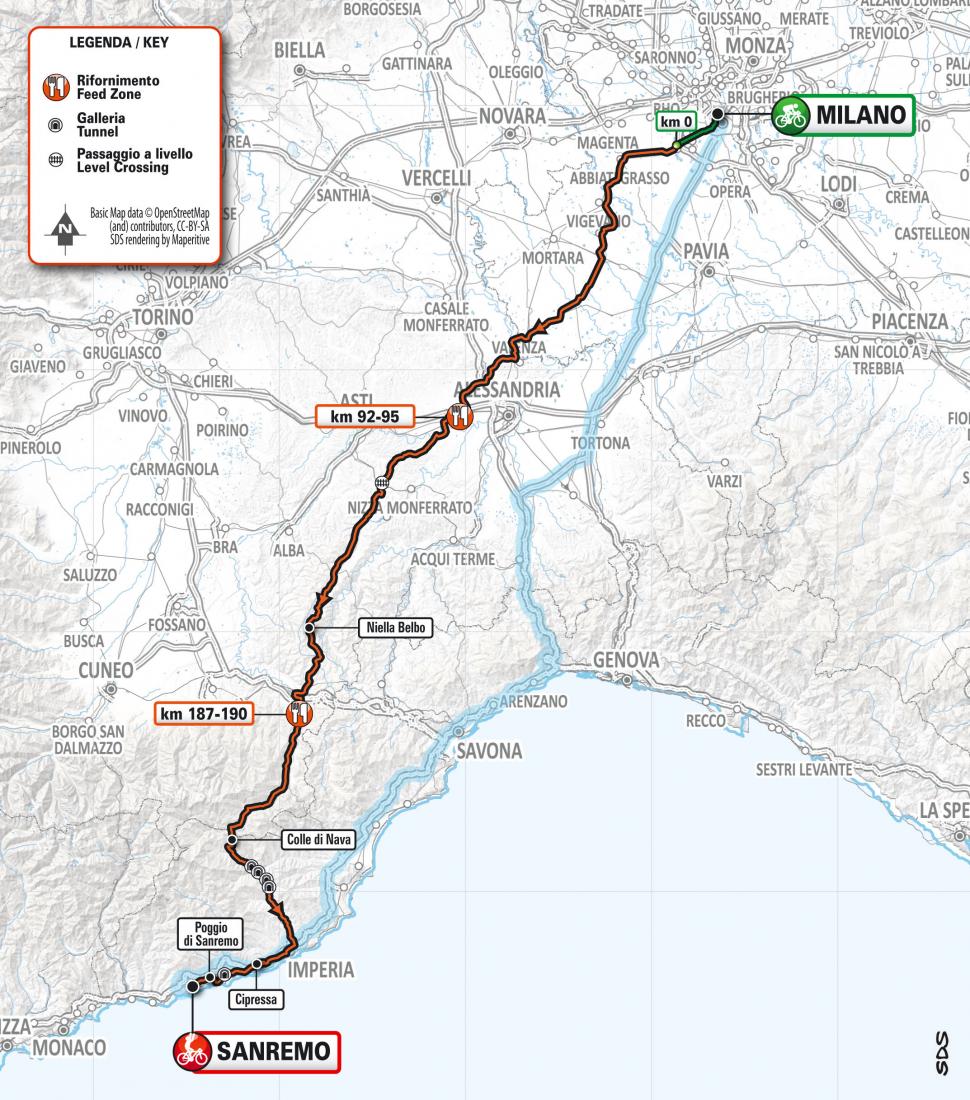 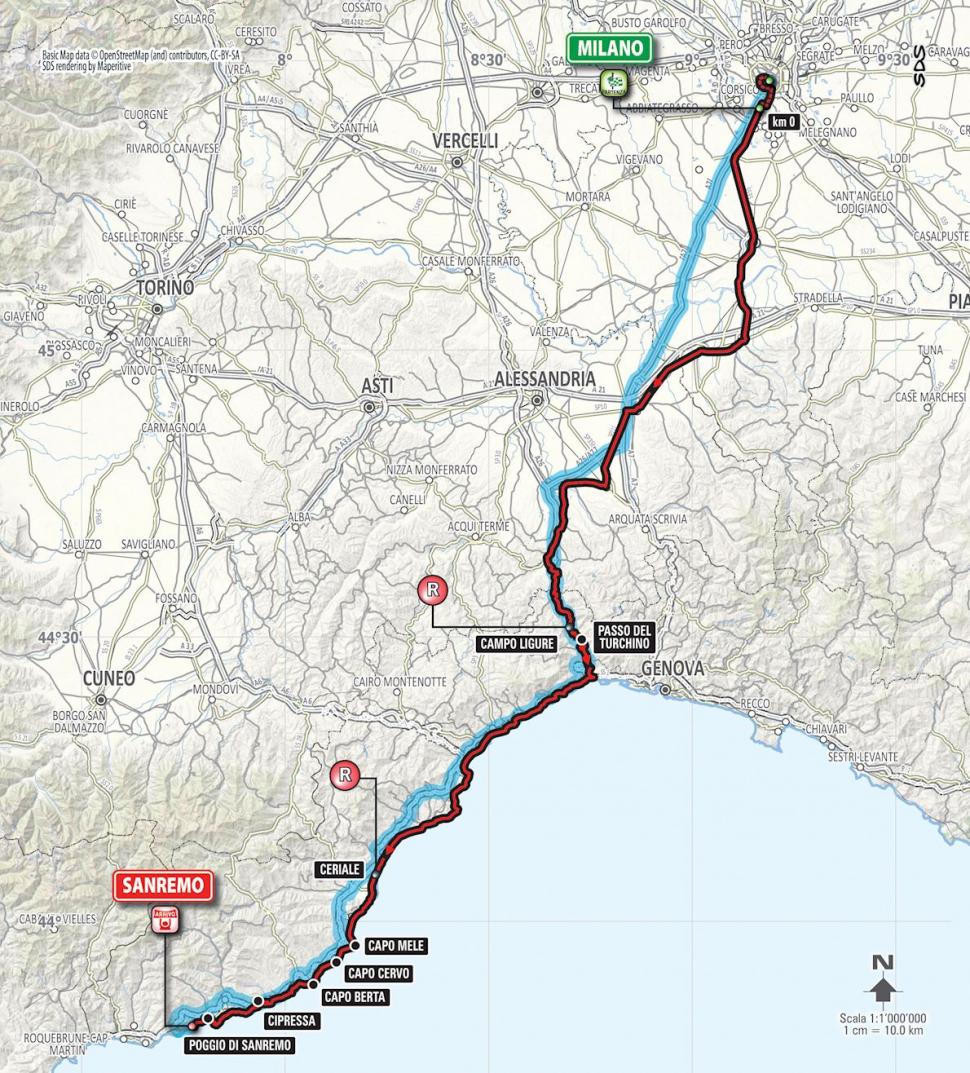