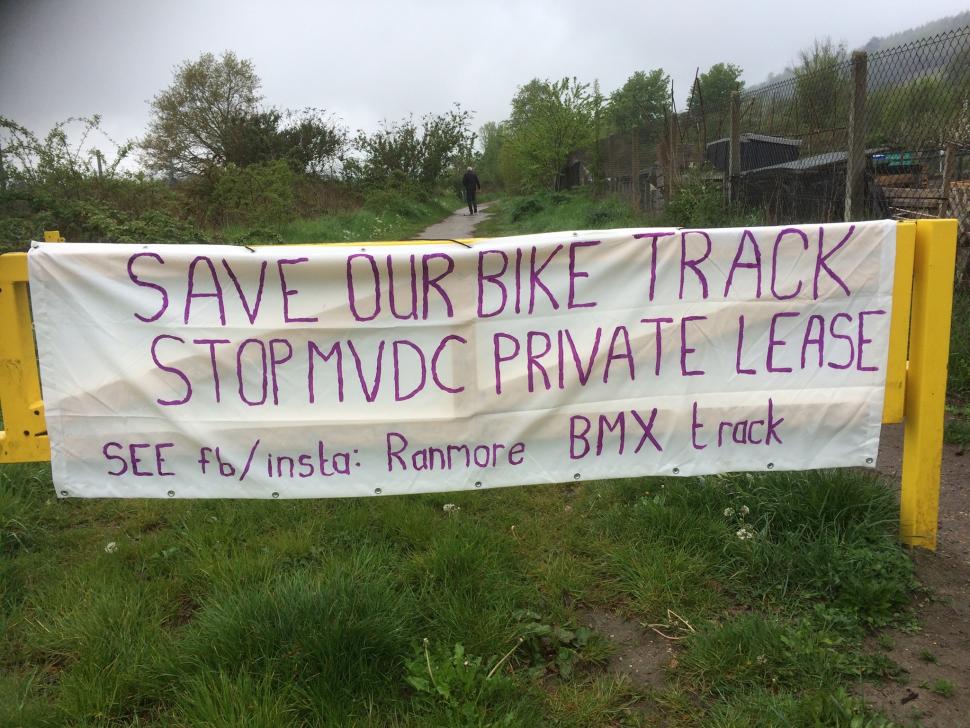 Lisa Scott says the proposal for a private company to turn the Ranmore BMX Track into a paid-for facility hasn't been costed correctly, and could lead to the loss of a vital public amenity...
by Jack Sexty

A campaigner opposed to plans that would see a currently free-to-use BMX track near Dorking turned into a privately-owned bike park has contacted road.cc to explain "what is really happening", after a local councillor who was quoted as saying the new bike park could attract child molesters says her comments were misinterpreted.

During a recent Mole Valley District Council committee meeting, plans to outsource the management of the BMX track at Ranmore Common were discussed and voted on, with the proposal rejected by six votes to five. Professor Patricia Wiltshire raised concerns over the welfare of children using the track, and has since told Get Surrey that her words were "interpreted negatively". She says she was trying "to express the fear of a resident who contacted me", adding: "...I was genuinely trying to save the bike park for existing users to use freely.”

Lisa Scott, representing a group calling itself 'Friends of Ranmore Nightingale BMX track', describes the Surrey Bike Park proposal as "dreadful", saying that she regularly visits the current facility with her husband and daughter and wants to keep it free to use as a community-run facility. She told road.cc:

"The proposal is described as an urban bike park, which is completely different to a small community BMX track that is used by parents with young children to learn how to ride a bike.

"The perspective is that we’re going to get a lot of mature people who are going to want to ride fast and do big jumps. Is that an appropriate mix with those that use the site at the moment?

"It wasn’t an accusation saying all mountain bike riders are big hairy monsters. It was asking if this big change in mix and demographic is appropriate for what is currently a community bike track, and really important for the children round here.

"If we as a voluntary group can make it work, keep it free to access and welcome all riders, surely that’s of greater benefit to all the cycling community.” 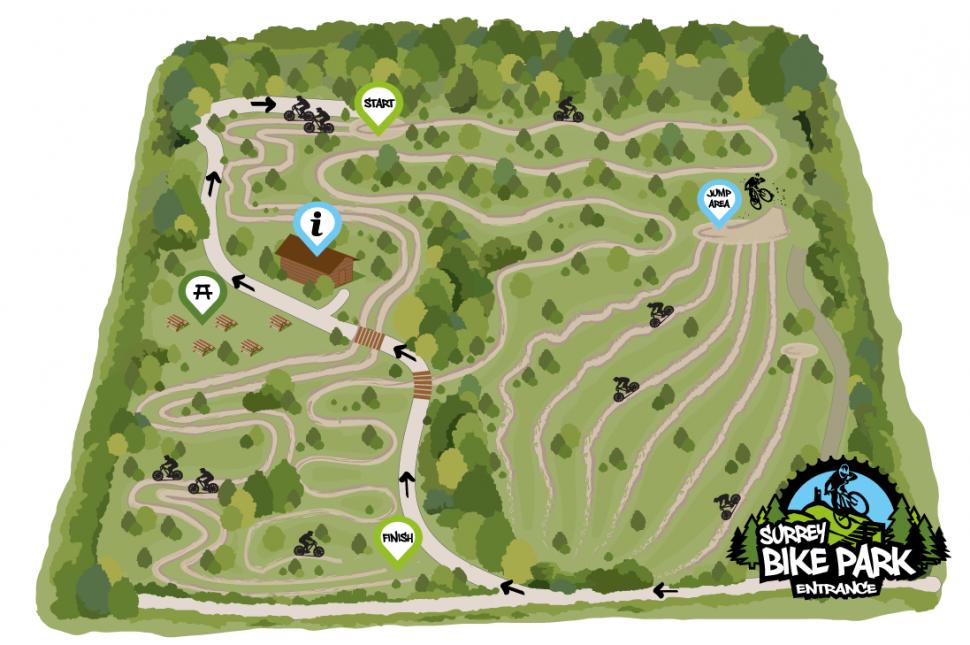 Ms Scott also said the proposed £50,000 investment to transform the bike track wasn't enough, and that the proposer hadn't considered the protected wildlife that can currently be found at the site. She said:

“It’s difficult to find any realistic financial planning around the proposals.

"The £50,000 investment couldn’t possibly be used to repair and maintain the track when more than that amount of money is going to be needed for the staffing costs and the inputting of facilities. There’s no water or electricity to the site, so all those things need to be paid for by somebody.

"The proposal doesn’t say what surface they’re planning to put in. If they start digging around in the soil they’re going to start digging up the sharp glass. If you start digging then it’s going to cost hundreds of thousands, not just that small amount of money.

"The scrutiny committee did their job properly, they looked at the habitat that has evolved at the current site. There’s nightingales, animals and plants there that are endangered on the European scale, you’re not even allowed to touch them. The proposer of the project has refused to listen to things like the habitat and environmental value of the land, and doesn’t appreciate how it can be a combined habitat and riding area.

"The committee has done a lot of work to see what is appropriate for the community and made the right decision."

The admin(s) behind the Ranmore BMX Track Facebook page offers further insight into the reasons that some locals oppose the plans. Concerns about congestion from motor traffic and parking are raised, because the new park would attract people from outside the local area, the page admin says.

One of the main reasons the privatisation of the bike park was proposed is because it has been claimed the current facility is not adequately maintained by volunteers or the council; but Ms Scott told road.cc:

"It is a dirt track which in theory should be fine, however, the council used contaminated soil for the original build so there is a lot of embedded glass. This is mostly weathered smooth and doesn’t seem to have been that much of a problem, but ideally we want some fresh clean top soil over the runs.

"We have spoken to local waste company who deal with top soil with regards to sponsorship, and they are very keen to help out with supplying the topsoil . I also have a fencing and security company who have offered to install a dirt bike-proof barrier."

Another comment from the Ranmore BMX Track Facebook page suggests that voluntary donations could fund the improvements.

Ms Scott added that there are 269 willing volunteers who have offered to help maintain and improve the current track, saying: "There would be people with all kinds of skill sets from conservation to track building, so between us, we can create a place where riders can have fun on their bikes whilst also learning how we can live in harmony alongside real habitat and protected species."

The most recent post on the Ranmore BMX track Facebook page has attracted a number of comments on either side of the debate, with one suggesting the rejection of the proposal could lead to houses being built on the site instead.

The page admin said "that's what we are protecting it from", but another replied: "You are doing the polar opposite! By stopping the track the whole place will be shut down when no volunteers come forward..."

Another comment from the page admin says: "[We are] not blocking improvements at all, we are intent on partnering with people who will bring the best for track users in a way that is in tune with the nature at the site and has a strong [desire] to ensure the track remains."

1
Cycle lane on one of UK’s ‘most beautiful’ streets set to be removed
2
Near Miss of the Day 697: Close pass driver overtakes without crossing white line — police action confirmed
3
Drug driver seen speeding at 80mph before hitting cyclist sentenced to 30 months in prison
4
Near Miss of the Day 693: MGIF driver ignores oncoming vehicle for unholy overtake outside Ripon Cathedral
5
Cars to be banned from "race track" shortcut to promote cycling
6
No Tour de France record for Mark Cavendish in 2022 — teammate Fabio Jakobsen says Manx Missile will race Giro d'Italia
7
Musguard updates its removable, rollable bike mudguards with increased compatibility
8
Near Miss of the Day 694: King of MGIF drivers just has to get in front at congested roundabout