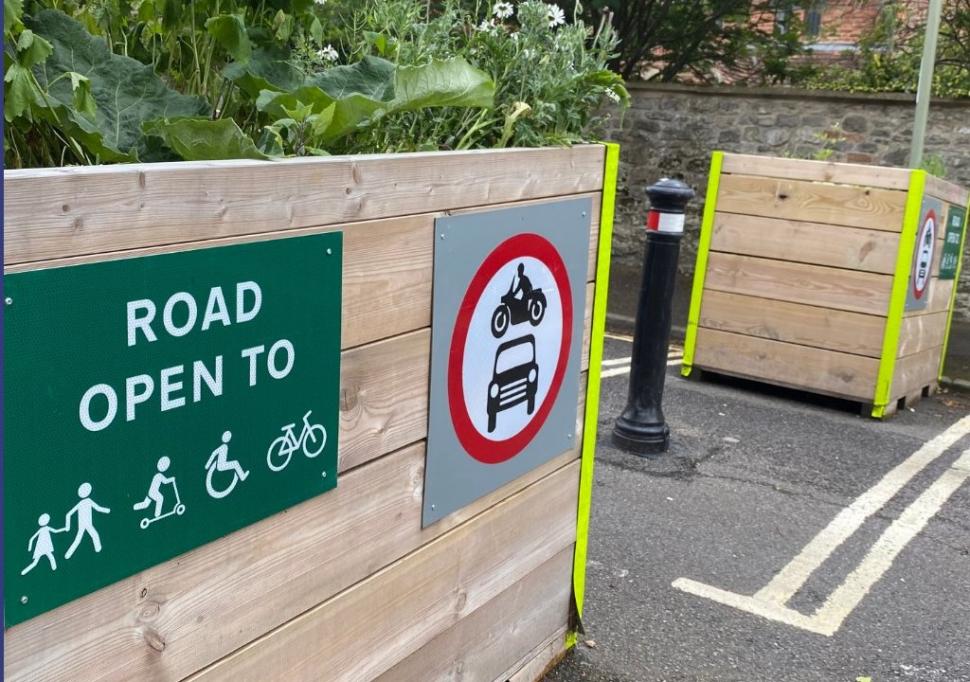 Since introduction last year, the Oxford low-traffic scheme has been targeted by a vocal opposition, including one incident which saw a bollard set on fire
by Dan Alexander

Oxford's low-traffic neighbourhoods are to be made permanent after a vote by Oxford County Council yesterday.

The scheme has been in place in various parts of the city since March 2021, but has been blighted by vandalism, described as a "civil war", with planters rammed out the way, and even one recent incident which saw a bollard set on fire and melted into the road.

Oxford County Council says it heard a wide range of views from the public before councillors voted to keep the scheme, with improvements — including considering ANPR cameras — to be made by spring 2023.

The BBC reports that last week the council received a petition with almost 6,000 signatures asking for the traffic-calming scheme to be ended.

In comments from the public, heard yesterday, a volunteer St John Ambulance driver told the council it should provide "unfettered access" to essential workers and blue badge holders, a concern that would presumably be addressed by replacing bollards — removed in emergency using a key — with number plate-reading cameras.

Last month, firefighters in the city were delayed by a bollard which would not unlock as it had been damaged by vandals.

However, addressing the vocal opposition — which included the taxi industry and some local businesses — Cllr Charlie Hicks said the majority of people wanted to keep the scheme.

"The common fear is that it pushes traffic onto the main roads, but that doesn't happen long-term," he said.

A local mother told the meeting the scheme had made the school run go from "being a terror to a joy".

The opposition to the scheme has not been limited to criticism in Tuesday's council meeting, with repeated vandalism overshadowing the scheme's trial period.

In March, a bollard preventing motorists from driving past a primary school was replaced following vandalism, but was then rammed off the road less than 24 hours later.

The acts of vandalism have continued into the summer, with a similar story in May when vandals targeted LTN bollards and planters less than 24 hours after another trial was introduced, prompting claims of a "civil war" on Oxford's residential streets.

'Human bollards' including a Liberal Democrat councillor, Andrew Gant, stepped in to block the road after the bollard preventing unauthorised drivers access at one end of Howard Street was vandalised "six or seven times".

In the most shocking case, at the start of this month, hooded vandals set the Howard Street bollard on fire, inadvertently making the road impassable by melting it into the road.