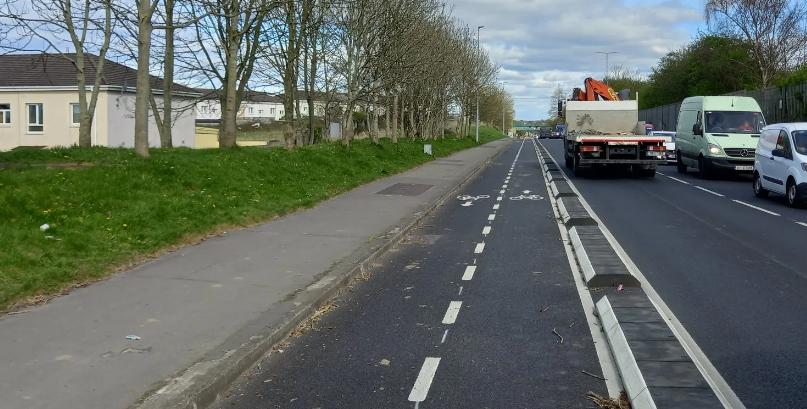 The width of the infrastructure is, Cllr Slattery claims, causing "chaos" and the road should be widened to ease "traffic delays"...
by Dan Alexander

A segregated cycle lane in Limerick in Ireland has come under fire from a local councillor who called it a "shit show" and accused the segregated two-way infrastructure of causing "chaos" on the road that was narrowed to make way for it.

Councillor Catherine Slattery blamed the lane for traffic delays but the Limerick Urban Cycling Group has defended it, calling the road a "primary route for cycling that needs to be completed".

Cllr Slattery, a local politician for Fianna Fáil, encouraged residents to contact the active travel department with their complaints and said "we cannot put up with this traffic chaos any longer".

The cycle lane, segregated on one side of the route, was constructed by narrowing the previous two-lane road and is a link into a wider cycle network within the city. 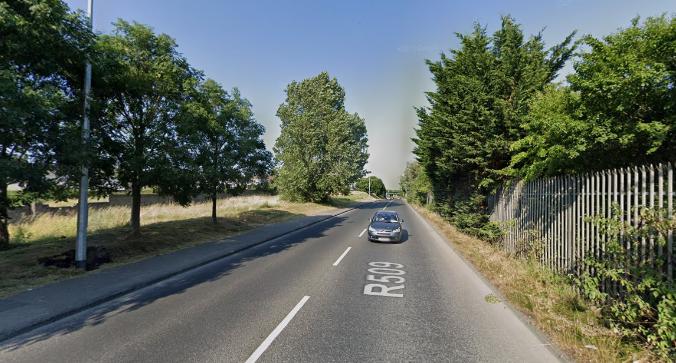 However, IrishCycle.Com spotted Cllr Slattery's complaints last week as she called for the cycle lane to be "removed or reduced" and, she suggested, if not then a "section of footpath" should make way for the traffic lanes to be widened.

The comments came after the councillor had been "held up" behind a broken down car on the road, leaving "nowhere to pull in" and "cars cannot go around".

"Childers Road cycle lane [is] a shit show," she wrote. "We need something to be done we cannot put up with this traffic chaos any longer. I have contacted Active Travel. Maybe you should too.

"Something really needs to be done with the above. A car broke down this evening and the traffic was held up behind it, it's crazy that there is nowhere to pull in and cars cannot go around as there is traffic coming towards you. A mistake was made on designing this cycle lane and it needs to be rectified.

"I use this road a few times a day and no one uses the cycle lane. Can it be removed or reduced? If not can a section of footpath be used to move the cycle lane in and widen the road? It's chaos most days with traffic delays."

One of our members is a healthcare worker who commutes using this route. Will safety be removed because cars break down every so often? @SlatteryCllr pic.twitter.com/g2dI4kSc2r

In response to the above question from the Limerick Urban Cycling Group, Cllr Slattery replied: "Yes and I stand by what I say it has not been designed right and needs to be relooked at. I'm not against cycle lanes but if they are going to be done then do them right and do not try to shame me for having an opinion — I'm entitled to it."

Others joined the cycling campaign group in reporting positive experiences with the lane on Childers Road...

Important infrastructure, once complete as far as Punches Cross will allow people to get safely to Dooradoyle.

It also has stopped cars driving up Childers rd at 80-100kph.

It is also designed so ambulances etc can drive over the rubber barriers and up the 🚴 lane when needed. https://t.co/6FsknR1MAW