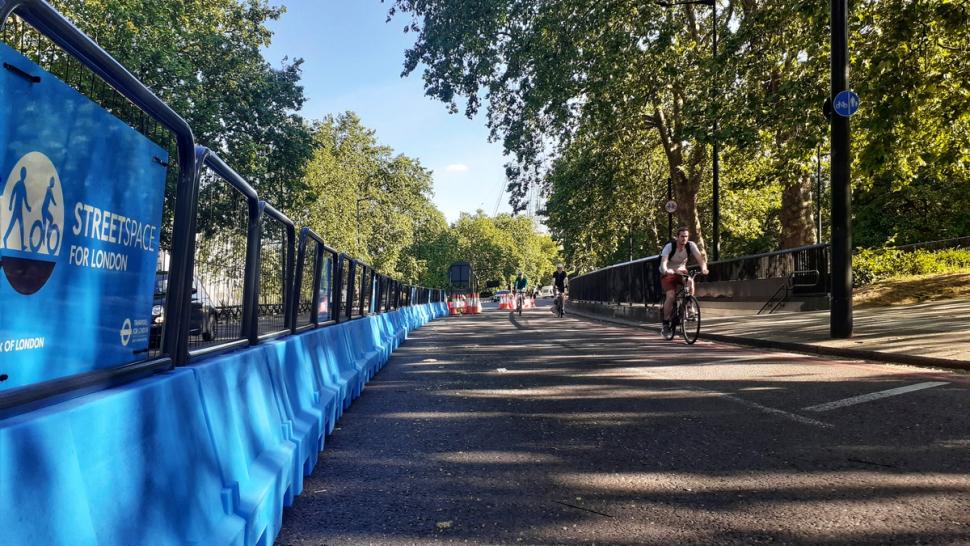 Cycling and walking now account for more than 1 in 3 journeys in London – and during the lockdown in force from April to June this year accounted for almost half of trips in the capital, according to new figures from Transport for London (TfL).

The latest edition of TfL’s Travel in London report highlights how the coronavirus pandemic has transformed the way people move around the city, with 46 per cent of trips between April and June done on foot or by bike, compared to 29 per cent from January to March.

Caused in part by commuters heeding advice to avoid public transport and switching to other modes as a result of the pandemic, the increase eased off from July to September, but was still well up on pre-COVID-19 levels at 37 per cent.

However, with many people who might previously have travelled to their jobs by bike now working from home at least part of the time, the figures also reflect an increase in cycling for leisure and fitness – something also supported by the weekend peaks in levels of cycling.

Summarising the findings related to cycling, the report said:

Trends in cycling during the pandemic present an interesting picture, given the mix of a dramatic reduction in commuter cycling – reflecting workplace restrictions – an increase in leisure cycling (cycling was one of the very few permitted activities during lockdown, and the weather was favourable), alongside infrastructure changes related to the Streetspace for London programme and the promotion of cycling as a healthy ’socially-distanced’ mode as part of a more general response to the pandemic (see also section 8.5 of this report).

Data however are relatively limited, as much cycle monitoring had to be suspended during the first financial quarter of 2020 (April to June) and much of the available data relates to central London only. This especially limits our understanding of cycling in outer London and on the more minor road network, which is unfortunate given that these were thought to be the focus of increased leisure cycling over the spring.

Nevertheless, the picture that emerges from the available data is that cycling has been one of the most resilient modes. Following an initial reduction during lockdown to about 40 per cent of normal demand (on the basis of available indicators), volumes rapidly bounced back, with leisure cycling broadly cancelling out the reduction in commuter cycling over the summer, and early autumn volumes have been significantly higher overall than the pre-pandemic baselines.

Will Norman, London’s walking and cycling commissioner, said that TfL’s Streetspace initiative, under which parts of key roads under its management were taken away from motorists to provide safe space for cyclists or pedestrians, played a big role in encouraging people to walk or cycle.

“This new data fully encapsulates how the pandemic has transformed the way Londoners travel around our city,” he said. “Many people enjoyed making the most of the quieter streets during lockdown and this change in habit has had lasting effects, with walking and cycling journeys continuing to be higher year-on-year.

“Our world-leading Streetspace programme is helping support this shift by enabling more people to safely walk and cycle across the capital. Without the measures we have rapidly rolled out, the worrying increase in private transport, such as cars, may have been even higher which would be extremely damaging for our city.”

He added: “The second phase of our Streetspace programme will enable us to build even further on the increasing number of Londoners walking and cycling and help ensure a cleaner, greener recovery from the pandemic.”

However, the report highlights what is described as a “worrying” increase in the share of trips made by private transport, up from 38 per cent from January to March to 45 per cent from April to June, which TfL said “shows how important the Streetspace programme is to enable more journeys to be safely made by bike and on foot and avoid a damaging car-led recovery.”

Helen Cansick,  TfL’s head of Streetspace delivery, commented: “We have worked very hard this year to ensure that Londoners can move around the capital safely during the coronavirus pandemic and this new data shows just how important walking and cycling have been in helping Londoners stay healthy and safe.

“That's why it's crucial that we continue to invest in our Streetspace programme to support walking and cycling, ensuring that the capital can recover from the pandemic as a healthier and more sustainable place for everyone.”

Some 90 kilometres of new or upgraded cycle lanes have been built or are being constructed under phase one of the programme, with TfL highlighting successes such as a 35 per cent weekday rise in the number of weekday cyclists using Cycleway 7 at Colliers Wood, rising to 150 per cent at the weekend.

Meanwhile the pop-up cycle lane installed on Park Lane is used by 200 cyclists an hour at peak times, with TfL adding that it has had no impact on bus journey times or general traffic, and has improved the safety of pedestrians on the shared use path inside the park by reducing cyclist volumes. Cutting the speed limit on Park Lane itself from 20mph to 40mph has also enhanced road safety there generally.

Meanwhile, a survey conducted by people living in and around a low traffic neighbourhood in Lambeth found that cycling had gone up there by 84 per cent from August to November – and there was a near three-fold increase in both the number of children cycling, and people riding cargo bikes.

TfL says that it is now working alongside boroughs for the second phase of the programme, and under its latest funding deal agreed with the government has allocated £75 million for walking and cycling initiatives in London during the next six months.

A further £20 million will also be invested with boroughs via TfL from the Department for Transport's Active Travel Fund.