It's Wednesday and Dan Alexander is here to take you through the middle of the week on the live blog...

Speaking at a virtual press conference from Deceuninck-Quickstep's training camp, Cavendish explained how his relationship with the bike brand and team boss Patrick Lefevere helped secure his return to the team.

"I have an incredible relationship with the sponsors, with the staff, with the riders, and obviously with Specialized," Cavendish explained. "I helped develop the Venge. It’s a bike that was made for me, it’s a bike that proved was the best bike for me to win on. I know because of all that, that I can talk about the products as sponsors do.

"It went the same as most contracts go-between riders and teams. You speak, you sign a contract, you race. It’s pretty much the same with most cyclists. When I left the team in 2015, I kept a really close relationship with Patrick. For me, he’s someone I take inspiration for as a leader, I took advice from him and have thought ‘what would Patrick do in this situation?’ I’m happy I could maintain that relationship because I know if you ever leave this team, it’s hard to get back again."

Cavendish revealed that following his interview at Gent-Wevelgem he started to receive offers from teams, but that Quick-Step was the only place he wanted to ride.

"Straight away that same day I started to receive communication from teams. But I think ultimately there was really only one place I wanted to go", said Cavendish.

"Like I keep saying, I spent the best part of my career with this team, and I tried something else, and in hindsight and you know, I wish I would have stayed to my whole career I guess.

He added: "Even if I’m not winning, I can still add something to the team, I did that last time I was here and the team did the same for me. I was the happiest in my previous spell with the team and having the opportunity to be here again is a dream.”

There's a new low traffic neighbourhood in Brunswick Park! Thanks to @GSTTCharity for funding these wonderful changes that will enable safer and healthier travel in the area, particularly for school children! 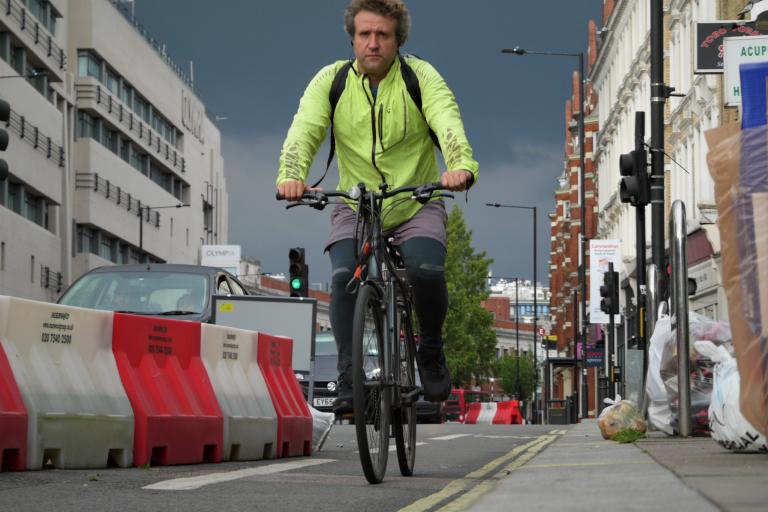 On Facebook, Ed Gibbons wrote: "Hit the nail on the head. Solo cycling has zero contact with others. Just make sure you're self-sufficient and able to repair your bike if you have any problems on the road. Would be good to see more people out exercising when health is such a key topic right now."

Enjoying a great coffee and a stunning view at @QuickStepFloor’s Bar Velo 😁 pic.twitter.com/M2ZHQLgwbM 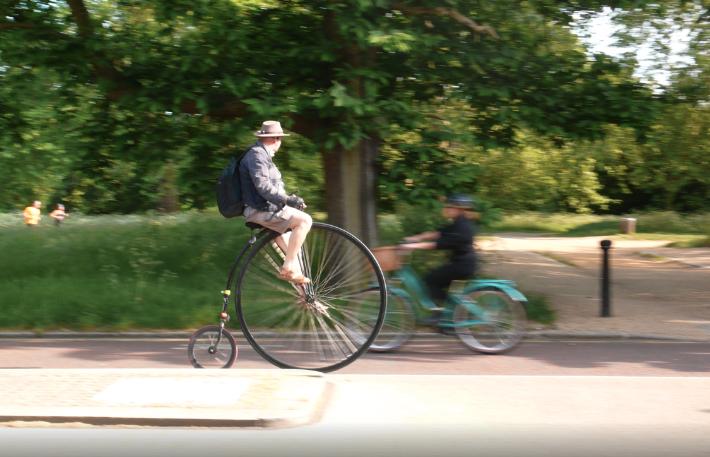 The Independent reports that penny farthing sales experienced a revival in 2020 with demand more than doubling since the pandemic began. In recent months they have been selling out faster than manufacturers can produce them. UDC Penny Farthings, Britain's biggest retailer of the bikes, says they sell one every day in the UK. Jeremy Vine is a famous penny farthing fan and was pictured taking his out for a ride on the new Cycleway 9 cycle lane in Chiswick over the weekend.

The owner of UDC Penny Farthings, Roger Davies told The Independent: "The vast majority of people wanting them – around 95 per cent – are middle-aged men, though there are a few women. Vine is typical of the market.

"Since the pandemic, people have had time to think about their lives and what they do and taken on challenges they had always wanted to, and we’ve seen a lot of interest. It’s a very aspirational item – a lot of buyers have dreamed of them since childhood. And they are harder work than normal bikes, so excellent for staying fit."

The KOM is on lads. https://t.co/TNFp1zUzWv

Rumours of 235km/h winds at the top of Mont Ventoux surfaced on Twitter last night with amateur cyclists everywhere considering launching a KOM attempt (wind direction dependent of course). However, the fun was short-lived as the Twitter account of the observatory that perches at the top of The Bald Mountain's quickly revealed the high recording was in fact due to a deactivated anemometer causing overestimated readings.

In 2016, the Tour de France summit finish at Mont Ventoux was shortened due to 100km/h winds. That of course meant thousands of fans cramming onto the lower slopes and congestion for the riders and motorbikes accompanying the race... The moto couldn't get through, Richie Porte crashed into the moto, Chris Froome crashed into Porte and one of the most memorable images in recent cycling history was born...Run, Chris, Run! 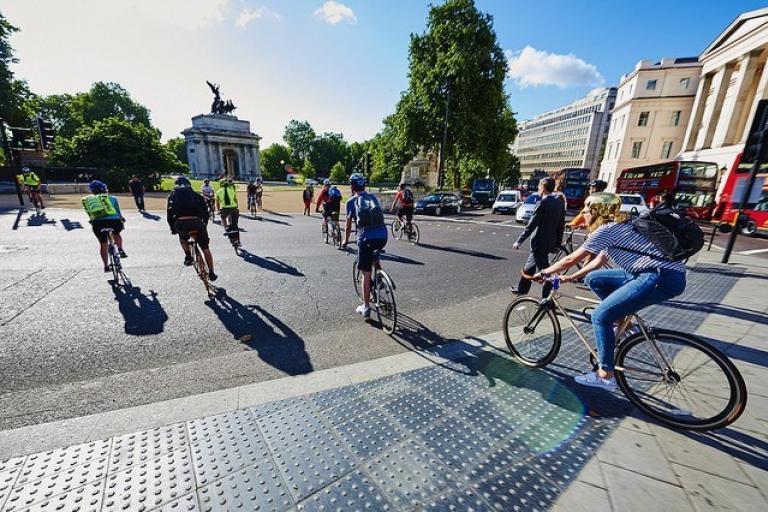 Due to the ongoing coronavirus crisis, HMRC have relaxed the “qualifying journeys” rule for bikes supplied under scheme on or before 20 December last year
25
13 January 2021, 12:10
Egan Bernal's getting on a bit... 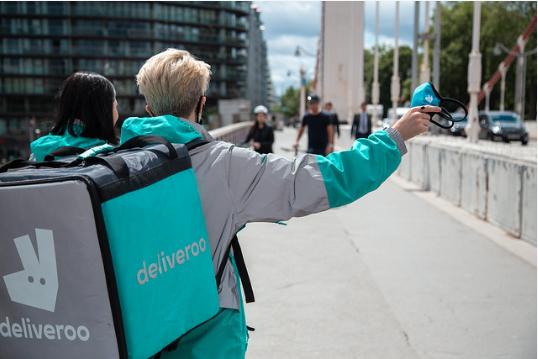 Deliveroo hopes to serve almost two-thirds of the UK's population by expanding to 100 new locations in 2021. The takeaway delivery app has seen a surge in popularity during the pandemic due to restaurants being forced to shut their doors. Sky News reports that although the full list of new locations hasn't been announced, it will include Yeovil, East Kilbride, King's Lynn, Scarborough, Llanelli and Exmouth.

Thanks to the increase in demand in 2020, Deliveroo said it created work for an additional 25,000 riders, taking its overall number to more than 50,000. 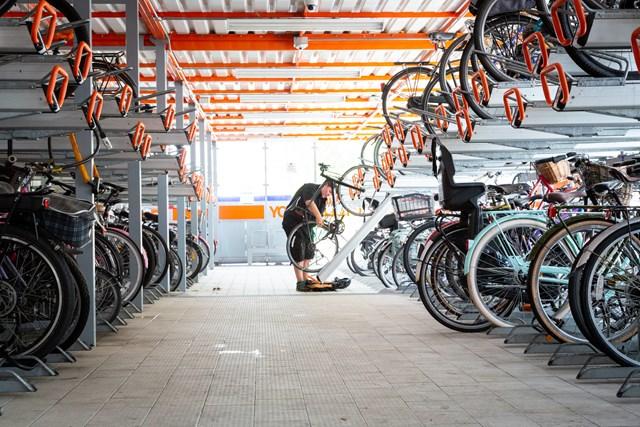 Transport for London (TfL) will install 2,000 new cycle parking spaces in the capital as part of a new £1 million boost for cycling infrastructure. Recent data from TfL showed that walking and cycling accounted for half of all journeys between April and June, compared to 29% before the pandemic. The first 900 spaces will be built on routes that have been upgraded or created as part of the Streetspace initiative. A further 1,100 spaces will use a mix of: on-street cycle parking, residential cycle hangars and cycle hubs at stations. In Merton, Sutton and Kingston the plan is to create more than 500 cycle parking spaces across 37 schools.

"Safe and secure parking is key to enabling many more Londoners to cycle," London's Walking and Cycling Commissioner, Will Norman said. "I’m delighted that up to 2,000 more spaces are set to be created across our city in the coming months. We know that a lot of people have started cycling as a way to get a bit of exercise over the past nine months, and secure bike parking means these trips can also double up for shopping for necessities or other essential journeys."

13 January 2021, 10:38
Dublin active travel infrastructure to be made permanent

DCC Central Area Committee has voted to make the filtered permeability trial at Grangegorman permanent, increasing safety for pedestrians and cyclists in the area. They’ve also committed to carry out reviews on a number of items. #cycledublin #walkdublin pic.twitter.com/pmlYufGYyg 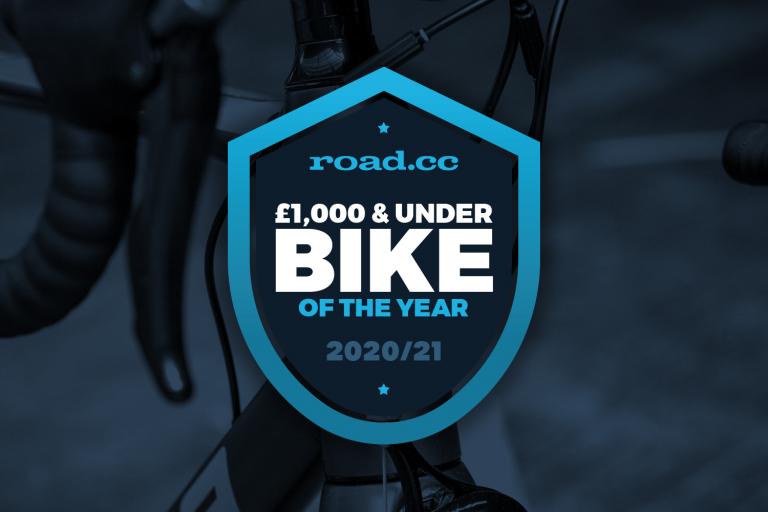 Here are the best budget bikes that we've reviewed over the past year; find out which one wins
0
13 January 2021, 09:43
'People on their bikes should be left alone': Lord Blunkett dismisses Sky News question about police stopping cyclists

The former Home Secretary, Lord Blunkett, dismissed a question during a Sky News interview that asked whether police should be stopping cyclists to ask how far they'd cycled. To a question asked at 3:30 in the video above, Lord Blunkett said: "I think people on their bikes should be left alone. They're not interfering with anyone else, they're breathing fresh air and they're not going to infect you. I couldn't give a damn how far Boris Johnson goes on his bike — I care a great deal about whether he's actually running the country properly."

In an earlier answer he also said: "If they're clearly not putting others at risk, even if they're on their bike seven miles away from home, then leave them alone. That isn't the issue."

Since the PM was accused by some of breaking lockdown guidance, although no law was broken, there has been much debate about whether the guidance and laws are clear enough. Yesterday, road.cc news editor Simon MacMichael wrote a piece suggesting that the real story about Boris Johnson’s bike ride is that it highlights confusion over lockdown rules. The Argus reports that creating a car-free city centre and prioritising cyclists over cars are two of the proposals that have been put forward to the city council's first Climate Assembly as part of their drive to become carbon neutral by 2030. Also on the ten-point list is the creation of healthier, low traffic or pedestrianised communities (LTNs) and introducing mobility hubs where people can access cycle hire.

The proposals were suggested by a group of 50 randomly selected residents who have been tasked with learning about climate issues, debating them and making recommendations to the council. A reader poll conducted by the Argus found that 67% supported the proposed measures.

Green party councillor and council leader Phélim Mac Cafferty said: "Today, we are extremely proud to share the feedback from the city’s first climate assembly. Given that later this year our country hosts the next UN climate talks our timing could not be better.

"With a whole third of our city’s toxic emissions coming from transport, residents have been clear that we must take action and support our city to make changes. We now have less than nine years to play our full part in bringing down toxic emissions, and the assembly has helped us keep a sharp focus on the challenges ahead."

The top recommendation from the climate assembly

For the full report and recommendations (as well as to check out the videos from the assembly) 👇👇👇https://t.co/I5BNb40Mck

Dan joined road.cc as live blog editor last year. He has previously written about various sports including football and boxing for the Daily Express and covered the weird and wonderful world of non-league football for The Non-League Paper. Part of the generation inspired by the 2012 Olympics, Dan has been a keen cyclist ever since and spends his weekends exploring the south of England on two wheels.