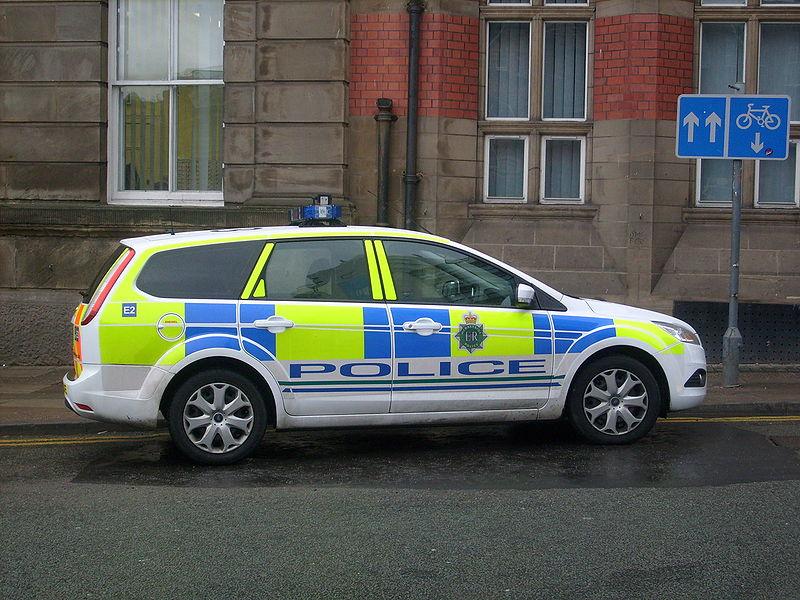 “What is the matter with people?!” Chris Hall’s supplies stolen* during mammoth seven Everestings in seven days charity challenge

The endurance cyclist’s team have called for help from local cyclists after thieves nicked a box of bottles and food three days into the week-long challenge
1
18 May 2022, 16:18
"So you're gonna attack from the gun, follow the moves, sit on before the climb then drop the hammer"

Kids at Aberdeenshire schools are "gearing up" for the Tour of Britain 2022 start. Like these pupils from Braemar. https://t.co/XUqZF3Y9BP #ToBABDN @TourofBritain pic.twitter.com/7mDZdr7SwI

The tweet is still up. Fair play if you had nine hours plus on your betslip...and it's attracting even more heat...

Breaking speed limits on a bike? Are you kidding?

Cyclists breaking speed limits? We think what Jeremy is getting at is that as per the speed limits listed in Road Traffic Regulation Act 1984 and also Rule 124 of the Highway Code, cyclists are not required to adhere to the same limits which apply to motorists. Local bylaws aside, therefore, speed limits do not apply to those on bicycles.

Rule 124 outlines a table of speed limits for different vehicles, but cyclists are not included. Of course, careless and dangerous cycling charges do apply if riders are deemed to meet the criteria, but Merseyside Police knew that already, of course...

The same Merseyside Roads Policing Unit that presides over the worst rate of serious road casualties in the country is encouraging people to "cycle like you drive". The markings, which aim to encourage cyclists to take a “prominent position” while riding through Bournemouth, were described by the paper as the “latest move by the authorities to drive cars off the road”
37
18 May 2022, 15:26
Could Mathieu van der Poel beat Biniam Girmay with a bit more sleep? 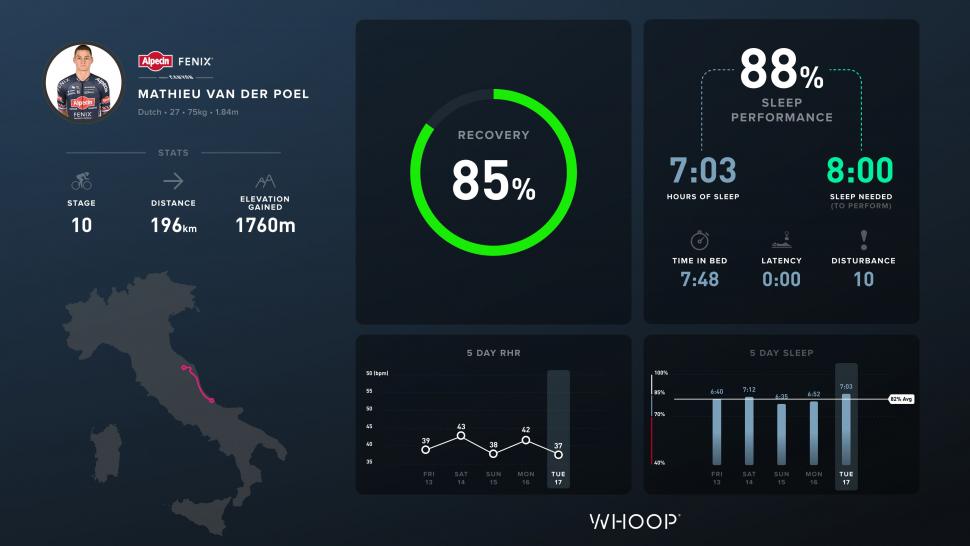 Who knows? What we do know is exactly how many hours kip the Dutchman got, thanks to Whoop...

🔥 First victory at the Giro for @alberto_dainese.
He has just ended a 10-stage fast of Italian victories!

Alberto Dainese from nowhere to the front of the sprint in about five seconds...

The Italian gave his country its first win of the year at its home Grand Tour, flying past Fernando Gaviria and Simone Consonni in the final metres. The left side of the road seemed fastest, with Mark Cavendish, Caleb Ewan and Arnaud Démare pulling up short on the right. Gaviria went first before Consonni and Dainese jumped to his left, the latter pipping him on the line in another sprint, characteristically tight for this year's race. Pre-stage favourites Démare, Ewan and Cav rolled home in fourth, fifth and sixth respectively. Now don't do what Biniam did, Alberto...

Opponents of the controversial biogas plant in Norfolk say lorries will not be able to pass cyclists safely on the narrow surrounding roads
11
18 May 2022, 13:55
Richard Carapaz sneaks three seconds at intermediate sprint

Richard Carapaz is now just 12 seconds behind Juan Pedro López after crossing the line first at the intermediate sprint on stage 11. Clever work from Ben Swift and the rest of the Ineos Grenadiers who strung it out, smashed out some watts, and left their Ecuadorian unchallenged... 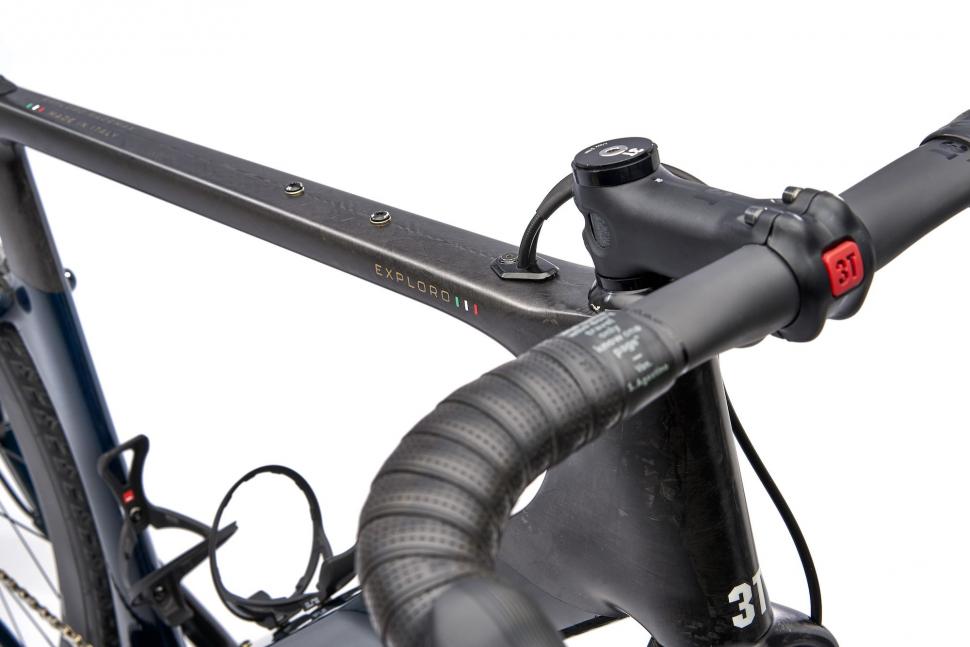 Excuse my venting breaking up your live blog on this sunny Wednesday afternoon but, inspired by James May telling us on Friday that he would cast flashing front lights into Room 101 forever, I've got a cycling pet peeve of my own.

Inward facing stem bolts...impossible to torque correctly as...well, the stem's in the way. Absolute pain in the...to adjust mid-ride with a multitool. Oh, and to top it all off, the prime adjusting real estate for the lower bolts just so happens to be slap bang in the inaccessible triangle of: stem, headset, cables...never again...

What would be your cycling Room 101?

Earlier today we heard Harry Tanfield is part of Alistair Brownlee's crack-team of aero assassins heading over to Germany to help him break the Ironman sub-7-hour record (hopefully)...

So how does a pro rider like Harry warm up for big races? GIRO NEWS EXCLUSIVE!
You have to look very closely, but it’s another one for the climbers today. #Giro pic.twitter.com/FvdTi60aNl

But not everyone reckons it'll be a snooze fest...

In for an exciting day at the #Giro despite the flat profile. Wind between 20 and 25 kph all day with plenty of crosswinds (shown in red above profile & on the map) for the initial 20 km and after they turn northwards with 92km remaining. Lots of open roads as well.#notarestday pic.twitter.com/qPGsTwhyg0

We'll keep you up-to-date here on the live blog... 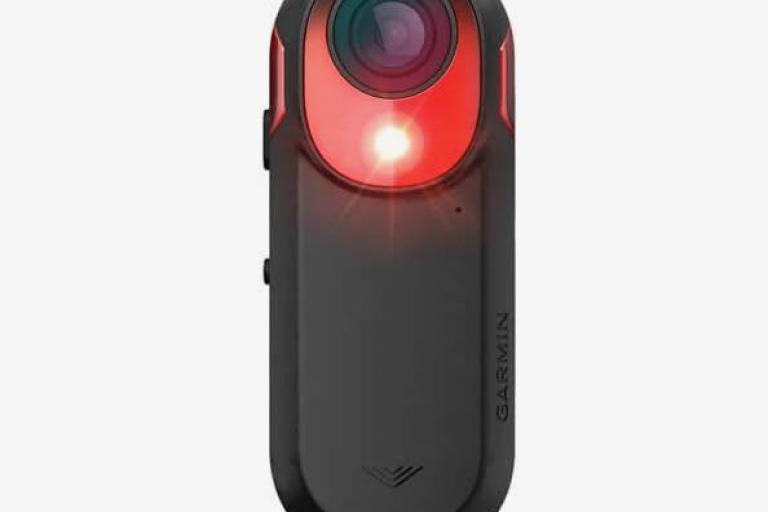 Many cyclists can exceed urban speed limits, yet brakes on pedal cycles can be weak. Think, if a child or elderly person were to unexpectedly step into your path, could you stop in time? Cycle like you drive, with curtesy, care and within the law #FatalFour pic.twitter.com/WdELsk9xpn

Where to begin? Can many cyclists exceed urban speed limits? Are brakes on bikes weak? (The last thing we need is the cops wading into the disc vs rim debate) Cycle like you drive? 'Curtesy'? There's no shortage of ammunition here...but just remember to always offer a curtsy to pedestrians when you stop at red lights...

Or are we talking about this?

Anyway, nitpicking aside, there are more important issues to address in the tweet which still survives on Merseyside Police's account four hours on. How much longer remains to be seen...

That’s not the law, and you know it. Few cyclists can break urban speed limits, not many. Drivers are far more law breaking and dangerous and careless than cyclists. So no, I won’t be cycling like drivers drive. Your tweet is almost all wrong.

In the same year, three people died after collisions with cyclists (not clear who was responsible for the collision) in 765 million cycle trips in England.

Not sure "cYcLE LikE yOu dRiVe" is the advice you should be handing out, to be honest.

Who knows how long this will still be up for? But don't worry...here's a screenshot if/when it's deleted...

An early one for the @roadcc live blog. And a screenshot in case it gets deleted.
"Cycle like you drive" hahahahaha.
They must be the safest roads in the country then. https://t.co/7F9BsrQayq pic.twitter.com/z2R5GZpUvp After his lead-out heroics yesterday, was Giacomo Nizzolo making a sneaky bid for his compatriot's services now Biniam Girmay has unfortunately left the race? The news this morning is not so good...

More on that in the next few minutes... Two-time Olympic champion Alastair Brownlee has called on the pair to pace set his record attempt where he will try to record a sub-7-hour Ironman triathlon.

Kristian Blummenfelt, whose quite-ridiculous looking Cadex prototype bike we reported on a couple of weeks back, holds the current world record (7:21:12) and will compete against Brownlee at the Zwift-sponsored event in Germany on June 5 or 6 (depending on the weather)...

"These athletes have specialised in team time trialling and their performance coach and rider Jacob Tipper has brought these riders together," said Nigel Mitchell, Brownlee's technical manager.

"We've been very fortunate that we've got what we think are some of the best riders in the world for this type of event."

UPDATE: RideLondon safety car WON'T set 22mph speed limit — organisers admit race guide was "incorrect"...
"We apologise for the error. It will travel at a pace determined by the conditions and what is happening on the road"https://t.co/cydykwQAKO #cycling pic.twitter.com/nnb8Ji3OJQ

The last 48 hours must have been quite quiet over at London Marathon Events...not. The team behind the running thing also organise RideLondon and have received something of a backlash from disgruntled entrants who received their race guide over the weekend...only to read there would be a 22mph safety car implemented at the head of the event.

Following half a day of complaints from riders (and emails from road.cc) a quiet reply was added to one complaint, saying the decision had been made to ensure the safety of participants. Alas, that didn't go down well, but was soon deleted when yesterday RideLondon put out a statement saying it had all been one big mistake...

At least everyone who has paid £90 to enter was understanding...

Leah JoPerry wrote on Facebook: "Ha error, my...  They walked in, dropped a bombshell and then read the room and quickly tried to cover it up saying they’d ‘made an error’."

Zac Nicholson joked at least there's no need to "pin a real number on now" in reference to the hundreds of 'it's not a race, go to a real race if you want to ride fast' comments of the past 48 hours...adding: "Time to tear this ra—I mean sportive up!"

Joe Chapman couldn't help but spot some irony in the backPEDALLING...

When you accidentally type '22mph' instead of 'at a pace determined by the conditions'. Seriously though, 100% the right decision.