Your midweek live blog will mostly be compiled by Jack Sexty, with some contributions from Simon MacMichael later this evening 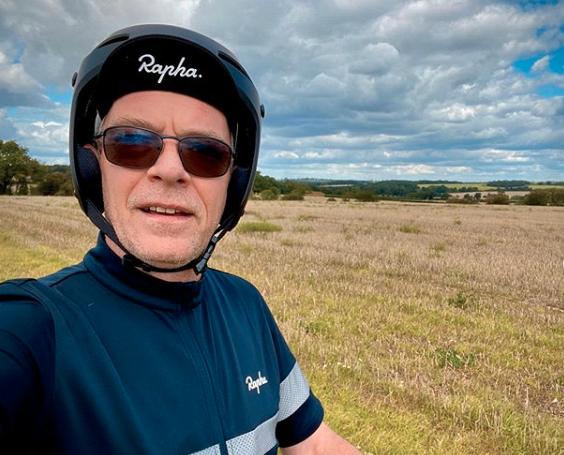 The Watford goalkeeper is well known for being a huge cycling fan, and says his channel will be a place where "football and cycling collide". We're also promised more from behind the scenes in football after his first pre-season training day video, plus "crazy challenges and some down right cool stuff on the bike." 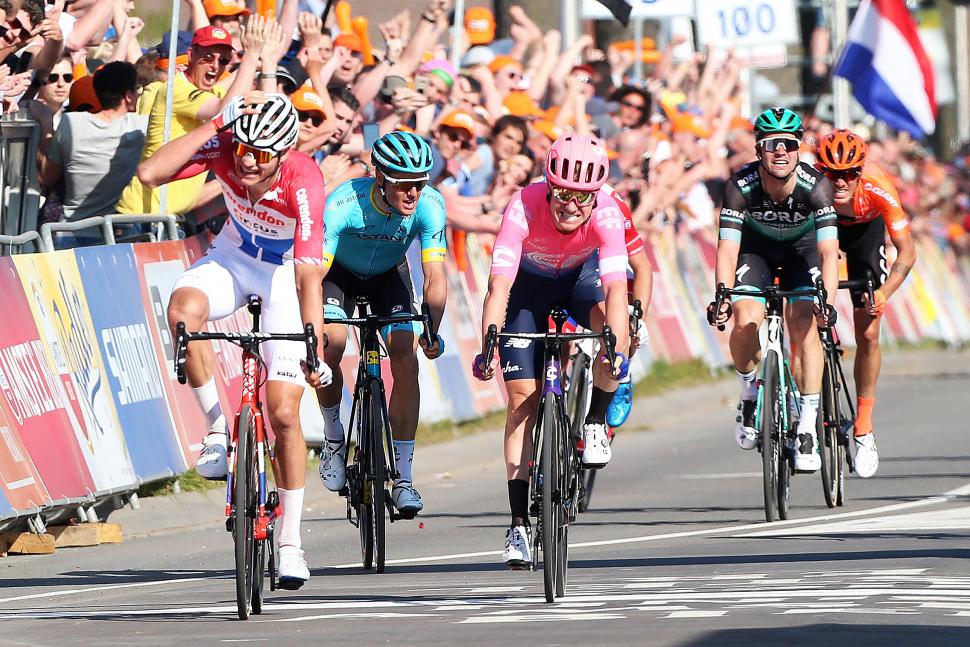 It appears Leo van Vliet's 'plan C' wasn't a goer after all, after the Amstel Gold race director has now announced that the men's and women's event has been cancelled due to the Netherlands' new coronavirus restrictions that bans spectators at sporting events.

He said: "In recent weeks it has become increasingly clear that a route through South Limburg, with passages in ten municipalities, was unfeasible. That is why we have worked carefully on a new plan with a smaller 16.9 kilometer circuit.

"The course and the area around the course would have been sealed to the public to prevent crowding, and to guarantee a 1.5 metre distance. On Monday we were fully prepared to announce this to the world, but the new measures announced by the cabinet later that evening meant that the plans had to be revised again. With the rules banning members of the public, this was an almost impossible task.

"From Tuesday morning we consulted with representatives of the Safety Region and the municipalities. In their final assessment, the mayors established it was impossible to guarantee no spectators.

"Of course, we cannot help but respect this assessment, however much we regret it. It doesn't stop us from returning next year with a fantastic race.”

After bagging a stage at the Tour de France, 22-year-old Team Sunweb rider Hirschi has backed it up with a win at the rearranged Belgian one day race. Earlier today, the newly-crowned women's road race and time trial world champion Anna van der Breggen won the women's race.

If you go into the woods today... Lunchtime ride with @mrjakewood and his son

On his Instagram account, the 52-year-old is looking slimmer than his character on current episodes of Eastenders at the moment... and he says it's largely down to his newfound love of cycling.

Woodyatt, who has played Ian Beale since 1985, also says his co-star Jake Wood (Max Branning in Eastenders) has been encouraging him along the way. On his Instagram stories, Woodyatt said: "Like my mate Mr Wood says, “you got to get out there. You got to do it."

As you can see from the photo above the pair have gone mountain biking together, while Woodyatt is shown getting lost on a bridleway decked out in his finest Rapha apparel in another recent latest Instagram story... chapeau!

30 September 2020, 13:08
Police appealing for witnesses after cyclist assaulted by a driver in Bristol Avon and Somerset Police are asking for witnesses or motorists who may have relevant dashcam footage following the incident on 7th September, when a cyclist was assaulted by a driver in Fishponds Road, near Royate Hill.

The male driver was in a dark vehicle, believed to be a Volkswagon Golf, when he was involved in an altercation with a cyclist. The driver then got out, approached the cyclist and assaulted him. The victim, a man in his 50s, sustained minor injuries and damage to his bike. Police say they would like to hear from a number of people who approached the victim following the assault, urging them to call 101. 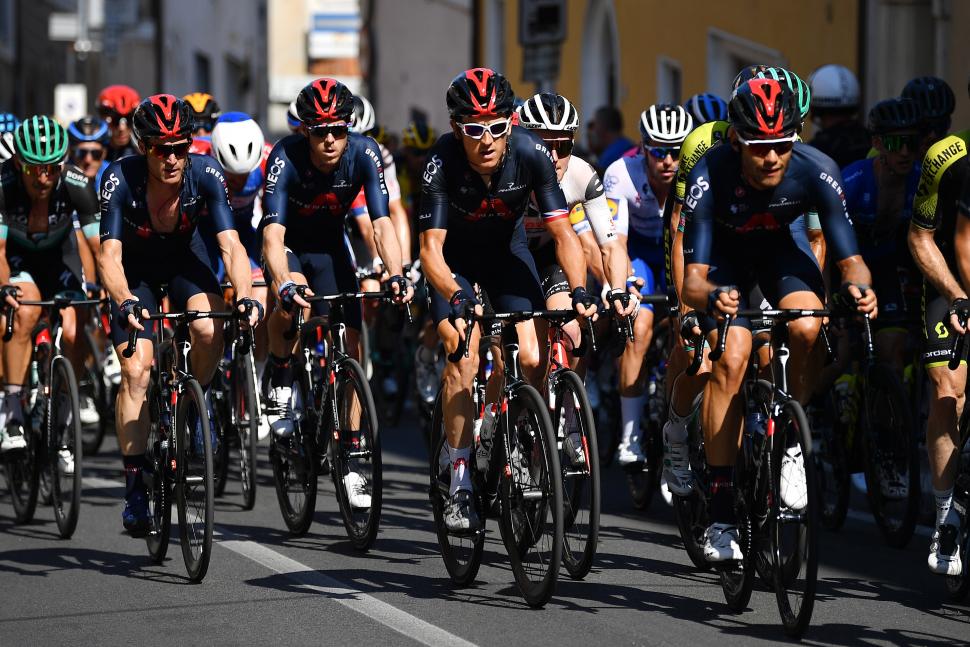 Thomas, returning to the Giro for the first time since 2017, will be supported by Jonathan Castroviejo, Rohan Dennis, Filippo Ganna, Tao Geoghegan Hart, Jonathan Narvaez, Salvatore Puccio and Ben Swift.

He commented: “I’m excited to lead the Team again in Italy and I feel ready. It’s been a strange year for everyone but it’s great to have this big objective. The legs are feeling good - Tirreno went well and then the World Time Trial was a confidence booster for me. Now stage one is nearly here and I’m more motivated than ever."

30 September 2020, 11:27
"So riddled with inaccuracies, it's hard to know where to start": proposed media guidelines for reporting collisions are trying to make the term "Lycra lout" a hate crime, according to Daily Mail article

Daily Mail journalists wouldn't recognise the truth if it walked towards them carrying a sandwich board emblazoned with "I AM THE TRUTH" in foot-high illuminated letters, whilst repeating the same phrase through a megaphone.
The *real* proposals are here: https://t.co/2vri0X8RfH pic.twitter.com/FJ4oN92bk4

This take on our draft guidelines by @MSN is so riddled with inaccuracies, it's hard to know where to start #RCRG pic.twitter.com/Pc9c9etcL9

If ever there was a case of putting two and two together and arriving at anything but four, it's this bizarre article in today's edition of the Daily Mail.

Referring to the recently launched Road Collision Reporting Guidelines - with road.cc contributor Laura Laker forming part of the University of Westminster Active Travel Academy team that drafted them - Simon Walters claims the 'campaigners' are "trying to ban the use of the term 'Lycra louts' to describe speeding cyclists". He also says they want to make the "abuse of cyclists a hate crime", similar to the protections offered to domestic violence victims and refugees.

5. "Cyclists who claim they have been insulted" or indeed any road user, won't be able to make formal complaints, unless the language used amounted to dehumanisation, and therefore something that risks their safety, as we make clear

As outlined by Laker above and in the proposed Road Collisions Reporting Guidelines, the team were advised by Impress, and cyclists who simply feel insulted won't be able to make formal complaints, unless their safety is at risk. The term 'Lycra lout' is not mentioned at all, and the proposed guidelines on discrimination against a group of road users outlined in Guideline 2, clause 2.3 says this:

"A representative group, or an individual, may bring a complaint under this clause. Language that dehumanises is that which is intended to, or is likely to, provoke hatred or to put a person or group in fear. The disputed words, therefore, must be more than provocative, offensive, hurtful or objectionable: this provision includes, but is not limited to, speech that is likely to cause others to commit acts of violence against members of the group or discriminate against them, for example driving with less care, or greater aggression, towards a perceived group of road users."

Walters also claims newspapers would be "gagged from stating if an injured cyclist was not wearing a helmet or high-vis clothing"; in the same way it's best not to mention things that are irrelevant when reporting on just about anything else, then...

Funnily enough the tabloid appear to have deleted the article from their website, but for some reason it's been copied word-for-word on msn.com so you can read all the inaccuracies for yourself.

If anyone wants to talk about the safety value of bike lane wands, please watch this clip of a driver this morning drifting into the bike lane as he uses his phone, and then the wands forcing him to pull back out again. @GroupMerton @OWandsworth @MikeyCycling @wandsworth pic.twitter.com/Y3gpnoqUME

On this occasion, the wands ensured the dangerous driver pulled back out of the cycle lane to avoid damaging his car. Thankfully no people were damaged by his actions... 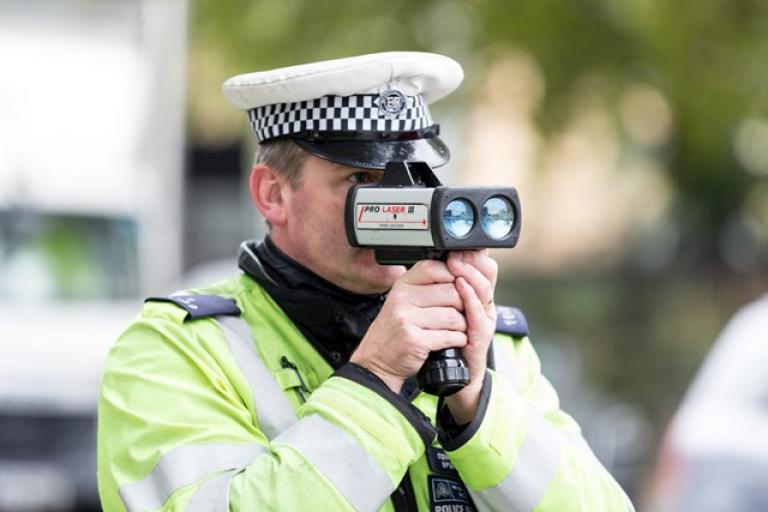 Vulnerable road users made up three quarters of fatalities last year – with vehicle speed a factor in half of deaths on capital’s streets
13
30 September 2020, 10:45
Andre Greipel demands to know names of athletes who doped in Operation Anderlass scandal

So now all is out and Mr Marc Schmidt Operation #Aderlass confessed -we as atheletes would like to know the names who doped themselves @UCI_cycling @NADADeutschland @wada_ama ASAP please.

The German has took to social media to ask for more transparency from the UCI, as it was revealed earlier this month that professional cyclists were using a drug with a similar effect to EPO that is not yet on the market, according to police. It's believed that names of several riders were passed to the UCI and the Cycling Anti-Doping Foundation (CADF), but so far no riders have been named. 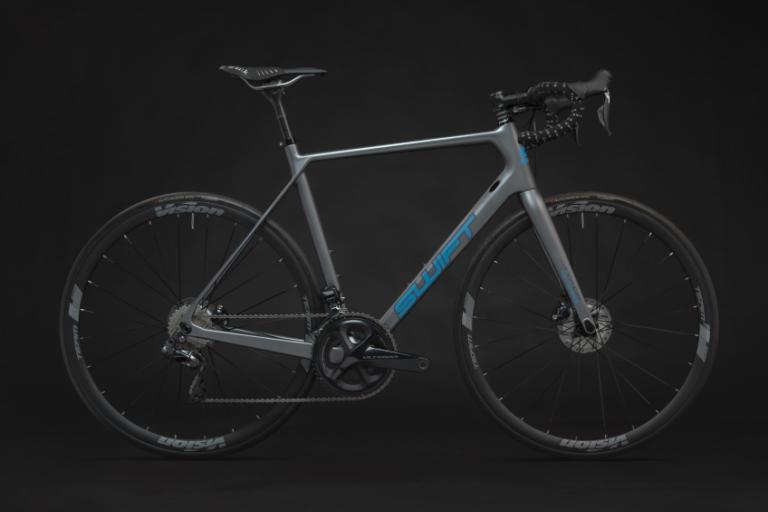 ➡️ Peter Sagan: The unconventional cycling star 😎@petosagan does everything in his own unique way. He keeps pulling out surprise after surprise, and that's what makes him one of a kind.

Sagan has starred in a series of 'hilarious' official videos to mark his first appearance at the Giro, with other themes including fashion and the opera. For a really good advert promoting the rearranged Grand Tour, see Rai Sport's epic below...

30 September 2020, 08:47
Taking the 'long-cut': driver persists with bizarre manoeuvres to get around LTN planters

Don’t try this at home pic.twitter.com/gYr5irE07Y

Thank god for LTNs keeping lunatics like this away from residential streets with kids trying to get to school.

why didn't he just go around? Would've been quicker.

Surely it would have been faster just to take the alternative route?

30 September 2020, 08:39
Less than a week after world champs horror crash that left a gaping hole in her leg, Chloé Dygert is on crutches 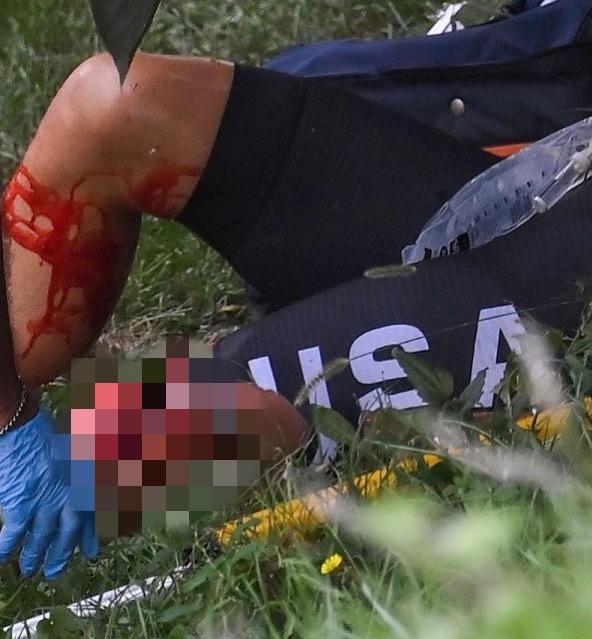 The first thoughts of the hard-as-nails 23-year-old were getting back on her bike, until she looked down at her leg after crashing over barriers at the world champs time trial... and despite the gory injury, it's thought Dygert will make a full recovery.

30 September 2020, 08:23
BinckBank Tour confirm race has been rerouted to Belgium, after spectators at sporting events banned in the Netherlands

Tonight the 3 Dutch towns where the BinckBankTour would start/finish have decided to not allow a cycling race on their territory.
Therefore Wednesday's time trial has been canceled. As from Thursday, the BinckBank Tour will continue on Belgian territory with a stage to Aalter. pic.twitter.com/VyahwOupq8

Yesterday, the Dutch prime minister made a raft of changes in an effort to halt a second wave of coronavirus - one of those changes was the complete banning of spectators at any sporting events. It means the upcoming BinckBank Tour will now have to skip today's time trial stage, and continue in Belgium instead. Jasper Philipsen of UAE Team Emirates won the opening stage yesterday, but he will have a government-imposed rest day before defending his lead tomorrow.

This also puts the upcoming Amstel Gold Race into jeopardy, which is set to take place on 10th October in the Netherlands. Organiser Leo Van Vliet told Sporza that it is "not yet certain" if the race will continue, adding: "The decision is in the hands of the Security Region. They have to take the plunge. We can only do our very best to make everything as safe as possible. When the decision will be made, I don't know at the moment. Otherwise it will be very difficult for us anyway.

"Plan A has been off the table for a long time, plan B too. We are already working on plan C, so to speak."

Although to be fair, I was pretty obsessed with Sonic the Hedgehog and Tomb Raider in 1998 and only started cycling in my teens...