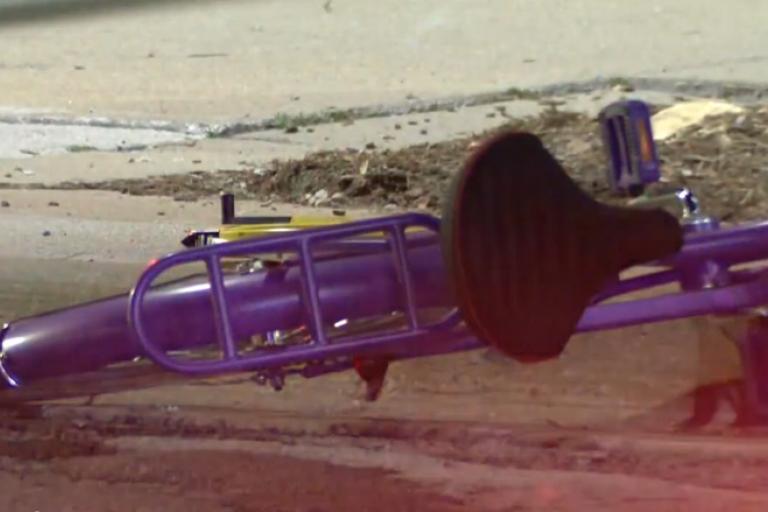 Road rage motorist shot dead by cyclist in the US

Fox 2 reports that a road rage incident involving a motorist and two cyclists culminated in the motorist being shot dead by one of the cyclists.

The website reports that both a lawyer and “police sources” believe the woman was “likely justified” in using lethal force.

A couple were reportedly riding along East Jefferson Avenue in Detroit at around 11pm on Tuesday when a 34-year-old motorist shouted at them. Detroit police sources say he was upset with the cyclists riding there.

The male cyclist shouted back. The motorist then stopped and got out of his SUV before approaching with a knife.

The female cyclist then fired a single shot, killing the man.

Detroit police placed her under arrest.

"Rumour has it Barnard Castle is the place to visit if you're after getting your eyes tested," he says, referencing that whole Dominic Cummings thing.

Our own Dave Atkinson also recently completed a virtual 'Cummings and goings' ride from Big Ben to Barnard Castle with a stopover in Durham for the Genesis Trust.

"Nothing's happening. I probably should have checked the instructions."

NL Times reports that the only bigger one is the underground bike garage in Utrecht, which can hold over 12,500 bikes.

Oakley has released some clear eyewear with a wider coverage area that is certified as Personal Protective Equipment (PPE). 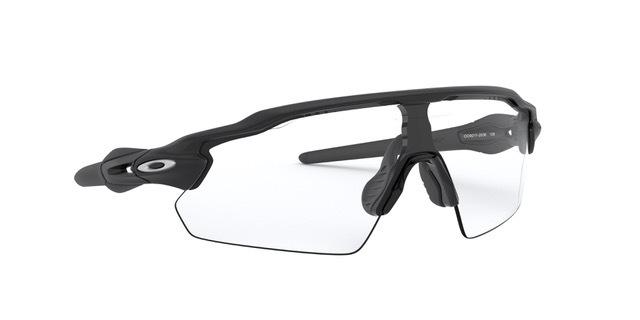 The Shield Your Eyes offering was apparently developed, “in response to a growing consumer demand for eyewear that provides extra coverage for everyday life and sport.” 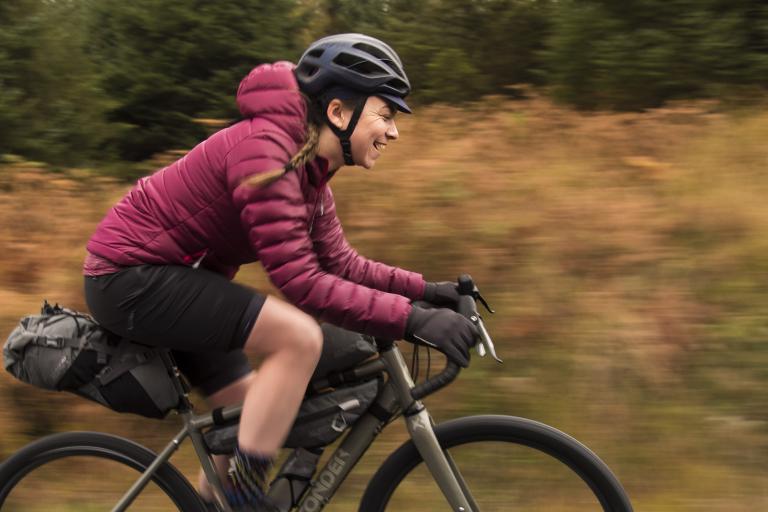 Outdoor and bike brand Alpkit raises £1.5m in crowdfunding – in less than an hour

He has strong opinions about certain elements, as you'll see.

The most loved cuisine in the world has its rules! Today, I turn into a @BORAGmbH chef to reveal them to you. Don't miss the appointment with the #Giro 103!#PeterIsReady, October 3-25, are you?@giroditalia pic.twitter.com/GrKDMoDMMK A Stoke cyclist has accused McDonald's of 'discrimination' after he was turned away from one of its drive-throughs.

The firm’s customer service team told James Owens its drive-through layout was “unsafe” for him – although apparently it’s okay for motoryclists.

The Stoke Sentinel reports that Owens was told he could not be served at the Meir Park branch at the end of a long warehouse shift.

In a letter of complaint, Owens wrote: "The main part of the restaurant was closed so I queued in the line of traffic waiting to be served in the drive-thru.

"When my time came to be served, I was shocked and embarrassed to be told that because I was riding a bicycle, I would not be served.

"I believe this is highly discriminatory against young people or anybody trying to do their bit for the environment by riding a bike. If cyclists are not welcome, why is this not made clear at the entrance to the drive-thru?

"Cyclists and motorists manage to share every other part of the highway so why does McDonald’s think they cannot negotiate a drive-thru together?”

Owens said he felt this was a “completely outdated and unacceptable position to take,” adding: “I should be grateful if you would please justify your company’s position towards cyclists.”

McDonald's apologised to Owens, but then restated its policy that cyclists cannot be served at drive-throughs.

"We are offering a drive-thru service only due to the Covid-19 situation, and restaurants cannot serve pedestrians and vehicles at the same point,” said the firm’s customer service team.

“By the very nature of a drive-thru layout, vehicles need to pull up close to the service points and as there are no specific pavements or safe areas for pedestrians to use at the same time, safety becomes a concern.

"We are unable to permit pedestrians, bicycles and class-one mobility scooters to use our drive-thrus for these reasons. We are able to serve customers on motorcycles or those using a class-two or class-three mobility scooter."

Last month Costa Coffee’s Twitter account manager received a fair bit of backlash after claiming that the reason cyclists weren't allowed to use their drive-through service was because they aren't "taxed and insured to be on the road".

Costa Adam later admitted he got it wrong by assuming this was the reason why. He later said he believed it was because of "strict health and safety guidelines".

He later claimed that the drive-through lanes are "designed for motor vehicles", and that the speaker to place an order is somehow triggered by a motor vehicle when it pulls up.

Yesterday I moved out of my flat in Surrey Quays to a new flat in Eastcote, a journey of about 20 miles. Luckily working for @pedalmeapp meant I didn't have to hire a van. Some of the hills were a bit tough though! pic.twitter.com/7AdR5E0uAv

02 July 2020, 11:19
BREAKING: Kids on bikes turn right at junction WITHOUT having to mix with motor traffic

Might seem geeky (it is) but this is why this junction design is SO important: 2 kids (under 12) easily turning right, not having to mix with traffic.

When this is route is complete, they can ride to school.

A vigil is being held today for an NHS nurse who volunteered to treat COVID-19 patients who was killed in a road traffic collision last week.

Very moving. Standing in the middle of the road with hundreds of others, feeling we didn't belong in that space because of the needs of motorised traffic.

02 July 2020, 10:13
Named and given a nod of respect: Local authorites that secured MORE than their requested allocation of emergency active travel funding

The corollary of the authorities listed in the previous update.

These ones basically put in extra strong bids for emergency cycle funding and were rewarded for doing so.

These local authorities got more than their indicated allocation:

As we said further down the page, where authorities were awarded only a fraction of the emergency cycle funding they requested, this was because the Department for Transport deemed them to have put forward a weak bid.

Here are the local authorities that failed to get their full allocation: pic.twitter.com/nWmZbp6kRe

See here for more on how the DfT has written to councils informing them it wants to see “an even higher level of ambition” when it comes to proposals for emergency active travel measures.

A couple of weeks ago, we asked whether cycling had already passed its peak.

While cycling levels were still up by 70 per cent at that point compared to the period before the coronavirus lockdown, they had started to decline.

At the same time, motor traffic had already doubled compared to the lockdown low back in April.

Those trends have apparently continued.

Cycling levels are falling, and motor traffic is rising.
Trend line is a 14-day moving average.

According to research by the RAC, almost a third of drivers – some 10.5 million – will be using a car to get away for an overnight stay this weekend with lockdown being eased.

02 July 2020, 09:03
Cycling and Walking Plan and updated Cycle Infrastructure Design guidance to be published “over the summer”

.@PutneyFleur asks a question about when the Cycling and Walking Plan and the updated Cycle Infrastructure Design will be published.@grantshapps answers that the plans will published “over the summer” along with a further tranche of money for local authorities. 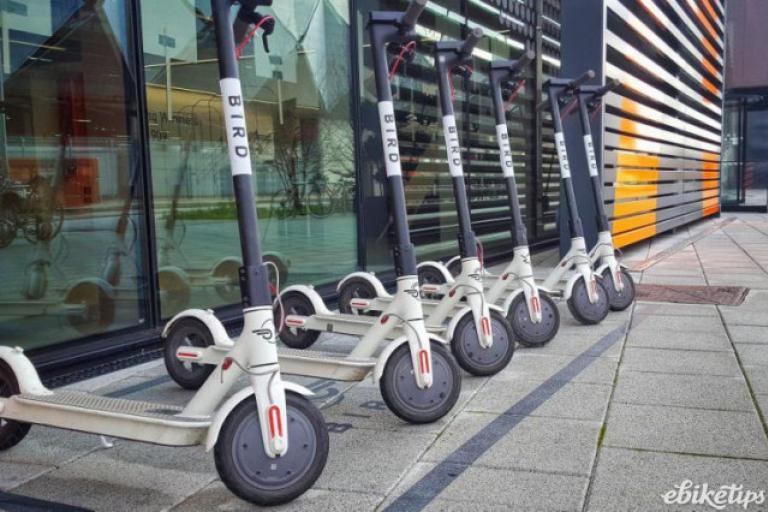 You'll need a driving licence to hire an e-scooter

A blanket ban on riding e-scooters on UK roads and cycle lanes will end on July 4 with a 12-month trial where insured rental scooters will be made legal.

As we reported yesterday, riders must be over 16 and hold at least a provisional driving licence.

Asked about the latter part of that earlier today, Transport Secretary Grant Shapps confirmed it was the case for the trial period.

He explained this was due to a quirk in legislation dating back to 1880.

Anyway, check our full story for details on what is and isn't allowed.

Okay, it's not going to help you set new fastest times on your local climbs - but this is bloody brilliant, isn't it?

After working as a kite maker for over 30 years, Feng Tsan Huang of Taiwan has created his masterpiece: the bike kite. It's 2 meters tall and weighs just 0.8 kg, thanks to carbon fiber beam and polyester panels [source: https://t.co/yIxWTfTsHB] pic.twitter.com/Z1NasPT3QH 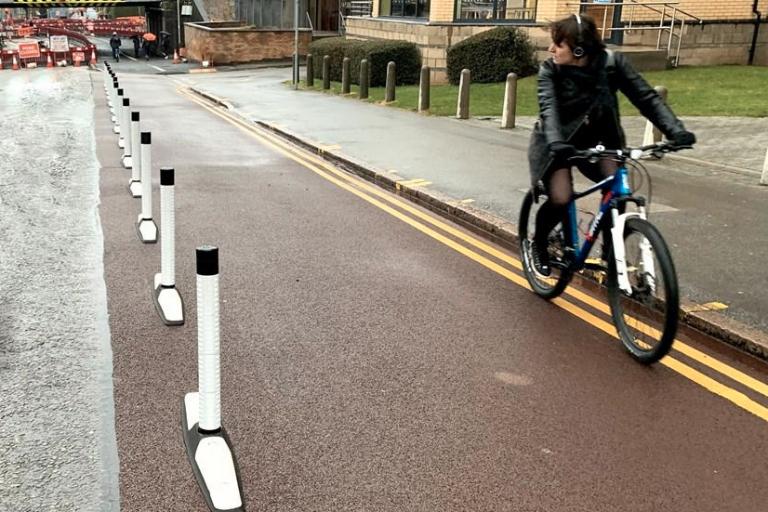 They've announced the emergency active travel funding in your area

As we reported on Saturday, the Department for Transport (DfT) has written to councils informing them it wants to see “an even higher level of ambition” when it comes to proposals for emergency active travel measures.

Several who made especially strong bids have even received more than they requested.

You can see what your local authority got here, along with an indicative allocation for the next phase of funding.

The Royce Road junction in Hulme in Manchester is due to officially open today.

It's the UK’s first “CYCLOPS” design, which is similar to the traditional Dutch junction. Its layout and traffic lights allow cyclists to turn right without having to move across lanes of traffic.

It's hard to explain. It's easier to get your head round it by watching this video.