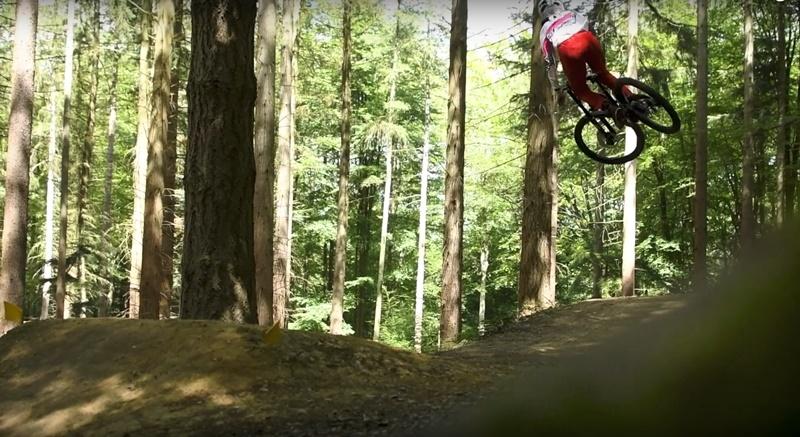 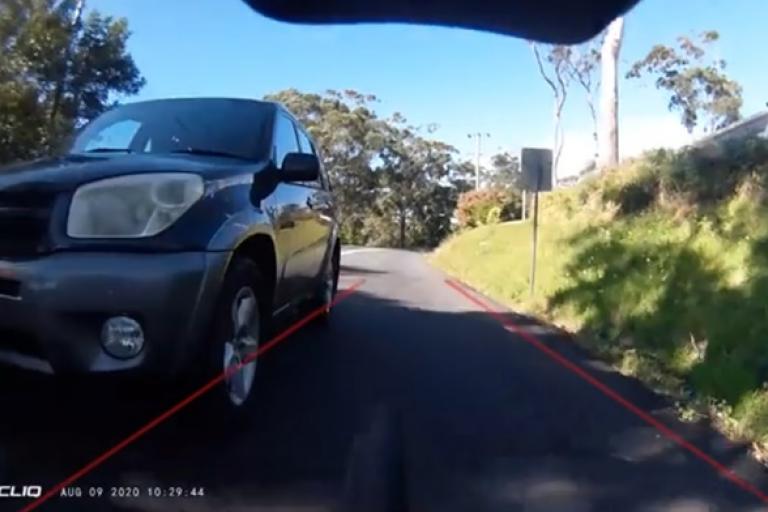 A New South Wales cyclist who was almost run off the road by an impatient driver in Macmasters Beach said he took the footage to police but ended up getting booked himself for not riding as near to left of the road as possible.

“Descending down an unguttered road with blind driveways at 50km/h, and I was as close to the left of the road that was safe in the circumstances,” they said.

Xavier Hopkins was born with albinism which means his eyes let in too much light. This is compounded by a second eye condition called nystagmus, which causes his eyes to shake uncontrollably, leaving him without depth perception and blurred vision.

iNews reports that he is looking to turn pro as a downhill mountain biker.

You’ve doubtless got a few questions.

This will answer some of them, but it’ll probably also give rise to a few more…

24 September 2020, 15:02
Chloe Dygert is conscious and talking. Full story up now, including footage. 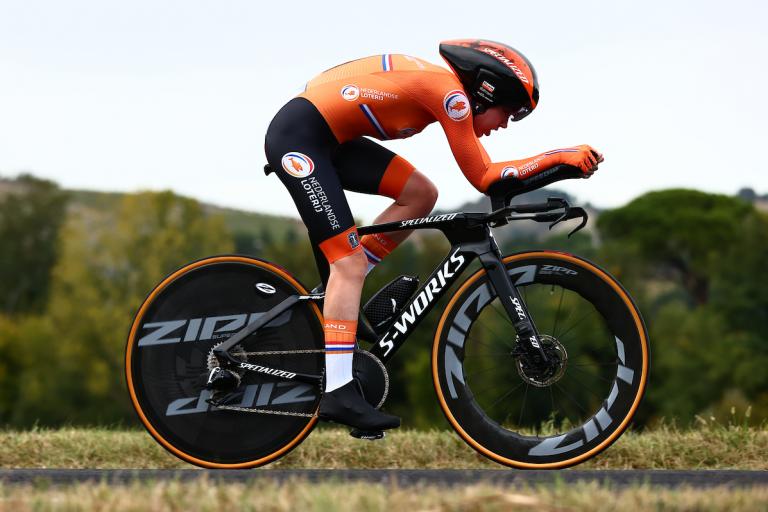 Looked nasty. She went over a roadside barrier. She was way ahead based on the intermediate timings as well.

We'll have more for you on this in a bit. We're still awaiting news on her condition.

Crash for defending champion, @chloedygert30 🇺🇸, and she has abandoned the race.

Whenever they tell you that bike infrastructure is too expensive or complicated, share with them these images. A 300m-long tactical bike lane was built tonight in the city center. It took 194 minutes in total. Good morning!💪 pic.twitter.com/Hspux0MHaB

Mountains According to G is about various different climbs and Thomas’s experiences on them – “not all necessarily good,” he says in a video that arguably warranted a second take.

Unless that was the second take. Near Miss of the Day 472: Illegal overtakes at pedestrian crossings

Our regular series featuring close passes from around the country - today it's Hertfordshire
26
24 September 2020, 14:06
UK cycling policy in a single image

This is quite magnificent. 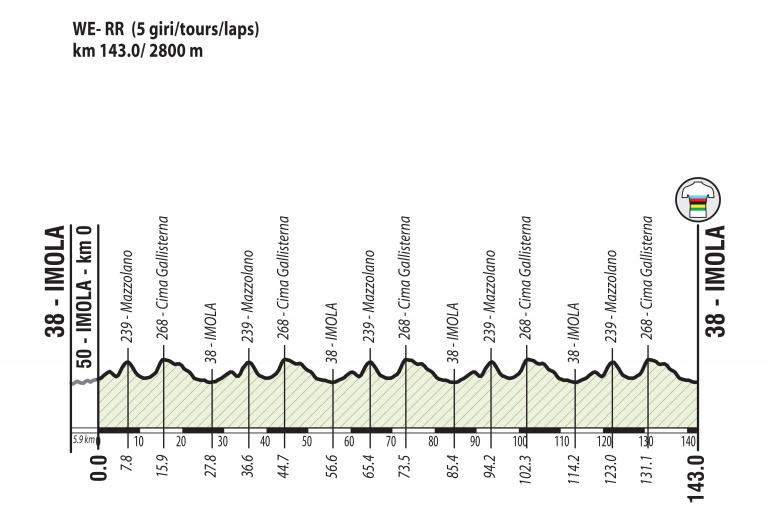 The women’s road race is on Saturday on a course that Lizzy Banks says is “perfect” for Lizzie Deignan.

You can find info about the circuit and climbs here. The women’s route is 143km with 2,750m of climbing.

"It's exciting, we've got such a strong team," Banks told BBC Sport. "Lizzie Deignan is on great form and this is a perfect course for her, she'll really relish riding it."

Banks is riding the women's time trial today. (It’s on the Beeb right now, in fact.)

Speaking about her training this year, she said: "We had a tough period where we lost a really close friend to coronavirus so that was really difficult.

"Not being able to see your friends during that time was devastating and that really fuelled my anxieties about going back to work.

"I used cycling as a release and sometimes it was difficult to get outside – the hardest thing was always leaving the front door but you always feel better once you get outside."

Long term, she is targeting the 2024 Olympics time trial despite having only taken up cycling in 2015 and not yet done any aero testing on her position.

“It's something I'm going to look into this winter.” 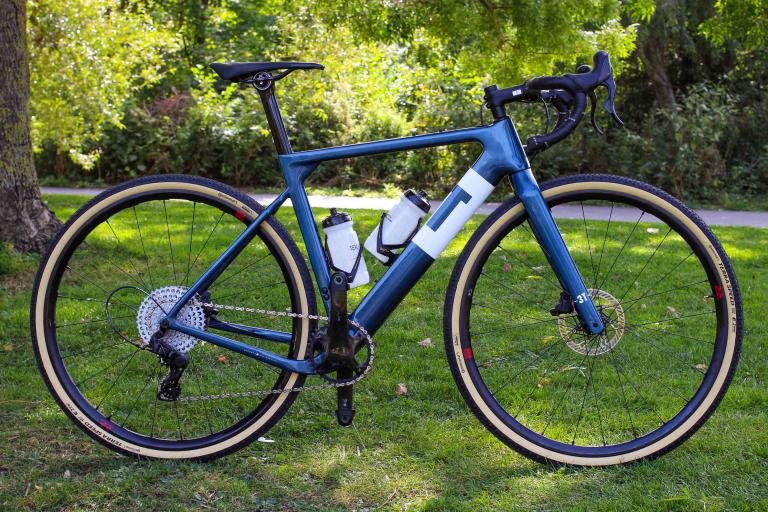 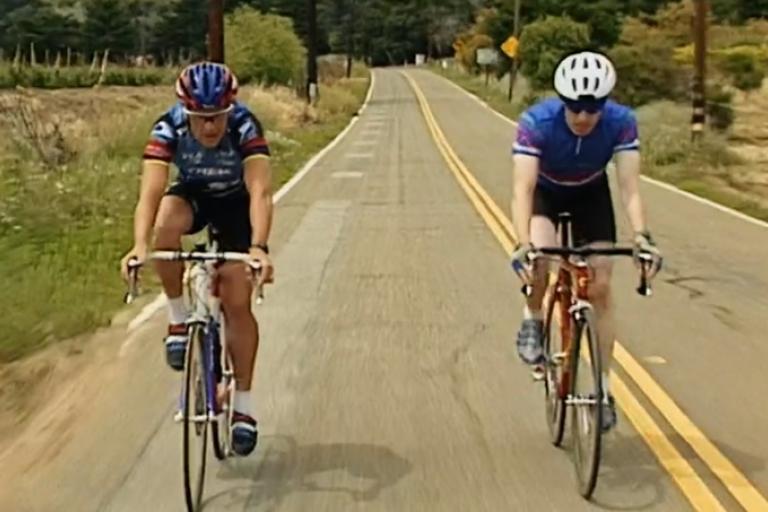 A smattering of semi-recommendations for 'Lance' on the iPlayer

The consensus down in the comments section seems to be: 'Yes, probably, if you can't immediately think of something else to watch'.

Awavey said: “I thought it was a good documentary, as all the 30 for 30 series have been. Even if you don’t follow cycling as a sport, you learn something about the human characters involved, and Lance's ex teammates especially I think in this one reveal a lot more than they did in that earlier doc – though obviously a lot of the same ground gets covered. But I'd recommend watching it.”

joules1975 said: “I'm glad I watched it, and felt I did learn some new things. There were a few moments where you saw the mask/act crack, which was interesting, particularly the section where Lance discussed Ulrich.”

kt26 said: “I myself enjoyed the documentary, mostly for informing me a bit better about some of the details of the time but also because if offered multiple perspectives on the time with interviews with many different players. Probably best gone into if your relativily opened minded on the subject - otherwise its very long.”

peted76 was a bit more effusive: "I finished the new 'Lance' documentary the other night. It is hands down the best Lord Voldemort documentary I've seen.

"Everyone knows the story of course, but this is a truly fascinating insight into the whole saga. Warts and all. I must admit it 'hit me in the feels' a couple of times too. Chapeau to the filmakers IMHO they've done a great job of it."

The Press reports that a sign apparently suggesting that cyclists could be lamped with a baseball bat was recently spotted on a bridge near York.

ICYMI: The sign was situated on a bridge near Yorkhttps://t.co/uvS5bqf6IA

Hagg Bridge, on the B1228 road between Sutton upon Derwent and Melbourne has been closed to motor vehicles since March while repair work is being carried out.

Cyclists and pedestrians are still permitted to cross - although cyclists must dismount.

The sign was put up by Direct Traffic Management, who have since removed it.

The firm's managing director, Simon Chadwick, said the image was on the back of the sign.

"We suspect the sign has been vandalised whilst out on site but still apologies for any offence caused." 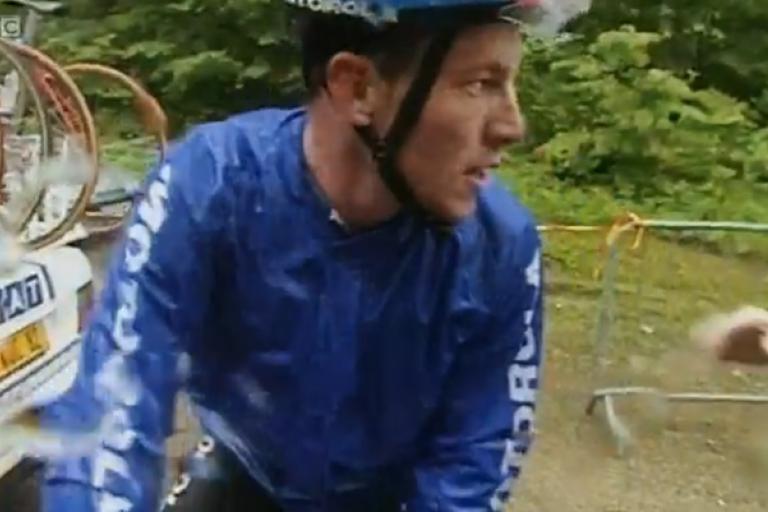 Have you watched the latest Lance Armstrong documentary?

We know, we know, *another* Lance Armstrong documentary. How many can the world possibly need? There's a whole different n+1 thing going on in this particular field, it seems.

ESPN’s somewhat bluntly titled two-part documentary, Lance, made it onto the iPlayer at the weekend.

Chances are you're either (a) rolling your eyes and consciously avoiding it or (b) not immediately interested because you're 95% certain that there's nothing in there you don't already know.

But then what if there is something interesting in there? It's quite long. There must be something, right?

So have you seen it? Perhaps you could give the somewhat jaded cycling fan who isn't in any kind of rush to watch 'Lance' a bit of a steer.

Is it worth a look? Pretty much a complete waste of time? What do you reckon?

24 September 2020, 09:44
A reminder that the World Championships are happening

The World Championships, no less.

Here we go! Today is the elite women's time trial at the @UCI_cycling Road World Championships 🌈

Rolling off the start ramp for the #GBCT are 👇

The @BBCSport coverage of the World Time Trial Championships shall be yours from 1335 to 1555 BST this afternoon on red button, iPlayer and online today with @SimonBrotherton @RochelleGilmore and myself. https://t.co/29e8U7IloP

We did a thing about the various courses the other day. The road race one has got a couple of steep bits in it.

Been encouraged to print out our own numbers before Sunday’s Hill Climb to avoid too much congregation around sign on. Every gram counts!! pic.twitter.com/9Xwww6aZV4

Cyclists getting clattered off their bikes by people opening car doors into them?

Maybe they could wear a helmet with a heads-up display notifying them of potential door openings up ahead. That seems like the simplest way to tackle the problem...

How can we make a complicated high tech solution to stop cyclists getting doored? Make them wear helmets that receive data from sensors in car doors to trigger a warning on the helmet visor. Doh! Better than teaching drivers to take care, eh? https://t.co/QafTBZshWw #techmad pic.twitter.com/3zOAoU805g