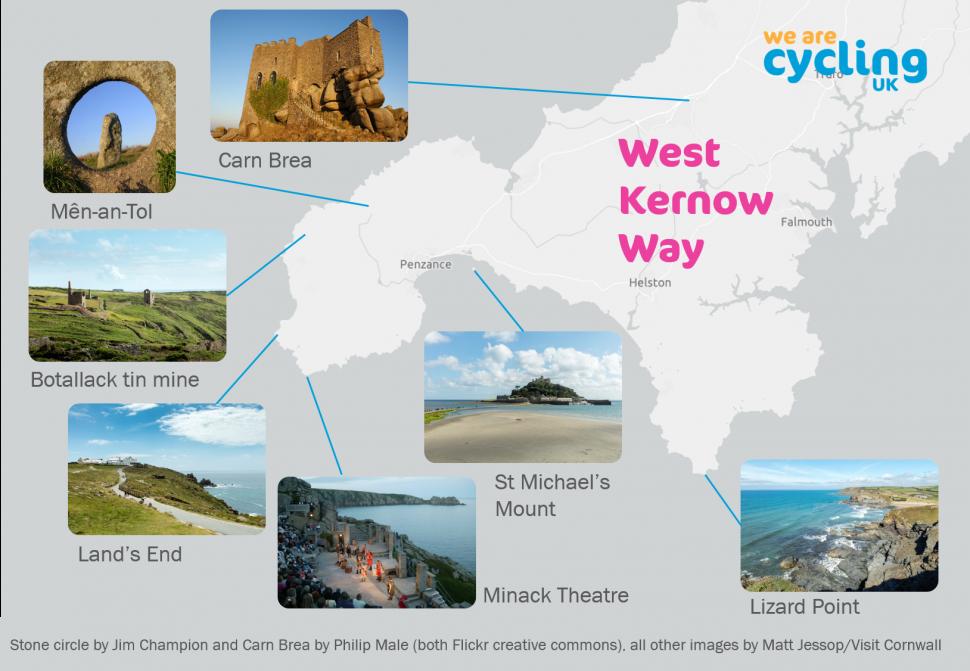 Cycling UK has unveiled a new 150-mile off-road trail in Cornwall which will be ready to ride from September, and which joins its existing North Downs Way, Great North Trail and King Alfred’s Way long-distance routes, with others planned for Norfolk and Kent over the next two years.

> Getting started with route planning on Komoot

Starting and finishing in Penzance, the West Kernow Way is designed to be ridden over three or four days and celebrates Cornwall’s landscape, culture and history.

Aimed at adventure cyclists and planned in consultation with landowners, the route follows bridleways, byways and quiet stretches of country roads to showcase the best that Cornwall has to offer while staying away from busier tracks and trails. 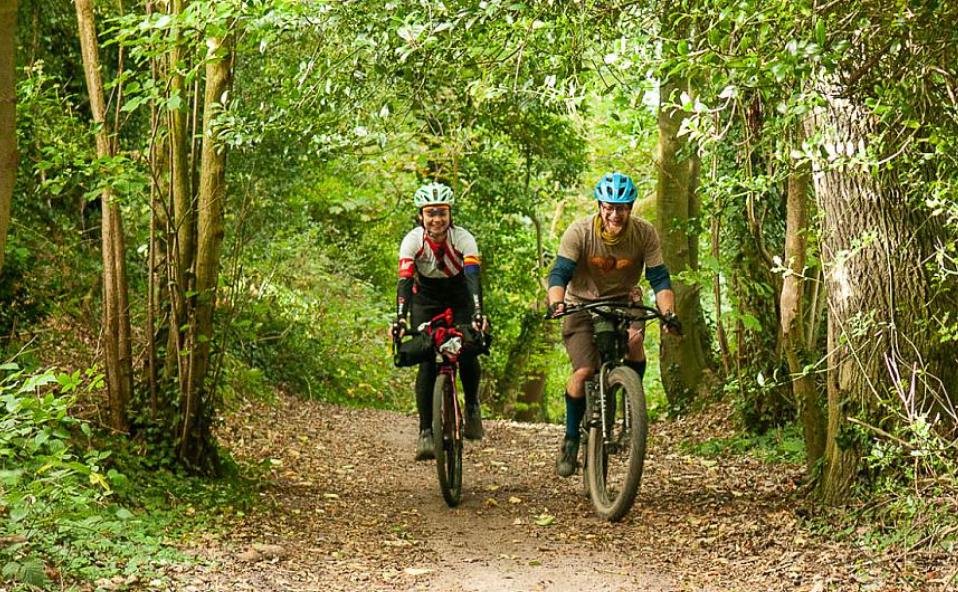 Sophie Gordon, Cycling UK’s campaigns officer who oversaw the creation of the route said: “With the West Kernow Way, Cycling UK wants to create an experience for the visiting cyclist. The landscape has so much to offer, from the natural beauty of Lizard Point to the wilds of the north coast, but we want to dive into the culture and history of Cornwall too.

“The benefit of cycling off-road along the West Kernow Way is that you will steer clear of the crowds, and be able to visit the sites and find the hidden gems of Cornwall, all without filling the lanes with another car. There’s no doubt about it, it will be a challenging ride – but that’s even more of an excuse to tuck into the excellent Cornish cuisine!”

A guidebook to the route and dedicated website will be launched in September, timed for after the school holidays when Cornwall will be extremely busy with domestic holidaymakers taking their breaks in the UK rather than abroad this year due to the coronavirus pandemic.

“Cornwall’s climate makes it attractive for cycle touring and bikepacking outside of the traditional peak summer months,” Gordon said.

“Cycling UK’s intention with our new route is to give people a reason to visit the county when it’s less busy. Not only is that a good opportunity to avoid the crowds and limit risk of infection, but it can also help encourage a more sustainable tourism programme which is year-round rather than concentrated in one peak period.”

According to the charity, domestic cycle tourism spending from people living in the UK stands at £520 million a year, with 1.23 million overnight stays helping small businesses in particular and benefiting the economy to the tune of £433 million.

Cycling UK points out that only two of England’s 15 national trails – the Pennine Bridleway and the South Downs Way – are rideable by bike from end-to-end, and as a result is developing its own long-distance off-road routes across Great Britain to complement those.

The existing North Downs Way, opened in 2018, covers 150 miles from Farnham in Surrey to Dover in Kent.

In 2019, the charity inaugurated the Great North Trail, which runs for 800 miles from the Peak District to either Cape Wrath or John O’Groats.

Last year saw the launch of King Alfred’s Way, a 220-mile loop route starting and finishing in  the ancient Saxon capital Winchester and taking riders through 10,000 years of Wessex’s history.

You can sign up here to receive the latest news on the West Kernow Way.

1
Cycle lane on one of UK’s ‘most beautiful’ streets set to be removed
2
Near Miss of the Day 697: Close pass driver overtakes without crossing white line — police action confirmed
3
Drug driver seen speeding at 80mph before hitting cyclist sentenced to 30 months in prison
4
Take a look at Specialized’s Roubaix Pro which aims to prove that ‘smoother is faster’
5
Check out these innovative new Tensione shoes from Italian startup Udog
6
Police release CCTV of cyclist riding along towpath moments before body found in canal
7
Near Miss of the Day 693: MGIF driver ignores oncoming vehicle for unholy overtake outside Ripon Cathedral
8
Cars to be banned from "race track" shortcut to promote cycling