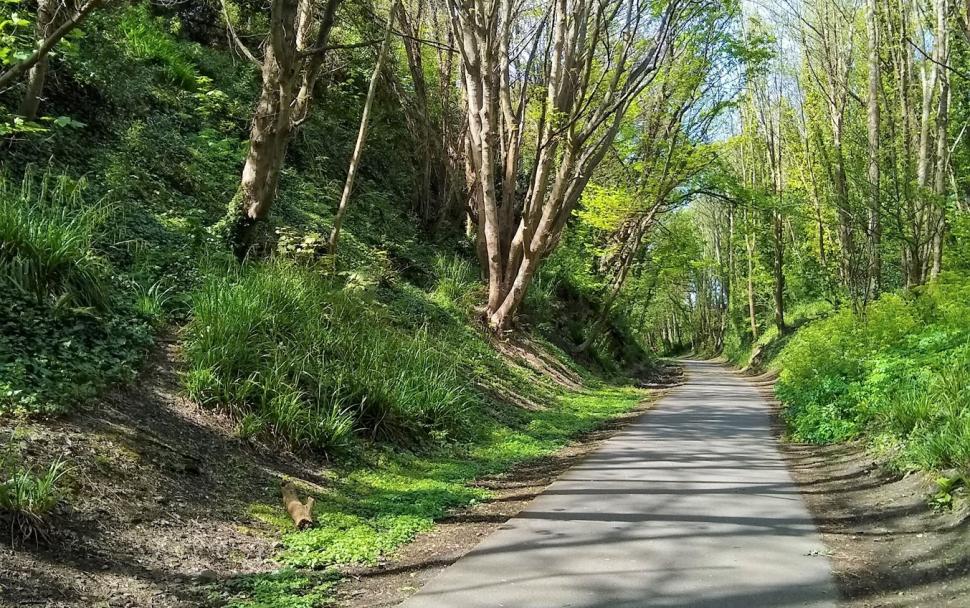 Cyclist injured by axe-wielding youths during attack along popular trail

The gang of four teenagers were carrying an axe and a knife and left the rider needing hospital treatment for injuries to his head, arm and leg
by Dan Alexander

A cyclist was injured during an attack by armed teenagers along a popular trail in Weymouth on Saturday night.

The incident happened on the Rodwell Trail in Dorset between 21:50 and 22:05 BST on Saturday, and saw the victim, a cyclist in his 40s, suffer injuries to his head, arm and leg, police have said.

While he was cycling behind Weymouth Outdoor Centre a group of four teenagers — one carrying an axe and another a knife — attacked the rider and took his baseball cap and a backpack containing a bike lock.

The cyclist was taken to hospital, and the youths are described as white, aged between 14 and 18, and wearing dark clothing. Det Sgt Gareth Jones of Weymouth CID said it was an unprovoked and nasty attack.

"We are determined to find those responsible and are conducting a number of enquiries," he said.

"I am urging anyone who witnessed the incident or may have any information about the offenders to contact us as soon as possible."

Mayor of Weymouth Ann Weaving said she was "upset and disgusted" by the incident.

"All I can say is that I blame the education system," she told the Dorset Echo.

"Children and teenagers don't have a clue nowadays about basic good behaviour. Most children don't know the Lord's Prayer. I've even noticed during the Platinum Jubilee that the youth of today don't even know the words to God Save the Queen.

"I just hope the man who was involved is okay. It's so upsetting and disgusting to hear something like this happening."

Dorset Council's website says the Rodwell Trail is popular with pedestrians, cyclists and dog walkers. It is a 3.5km trail along Weymouth's old railway line and Sandfoot Castle.

The shared-use path is part of National Cycle Network Route 26 and is fully surfaced.

Attacks on cyclists by groups of youths has been a recurring problem on the Bristol and Bath Railway Path in recent years. In 2020, one man was robbed at knifepoint, while several cyclists reported seeing large sticks being left in the path to block their route.

In 2017, on the same route, a Bristol woman reported her and her friends being ambushed by a group of youths in an attempt to steal their bikes.