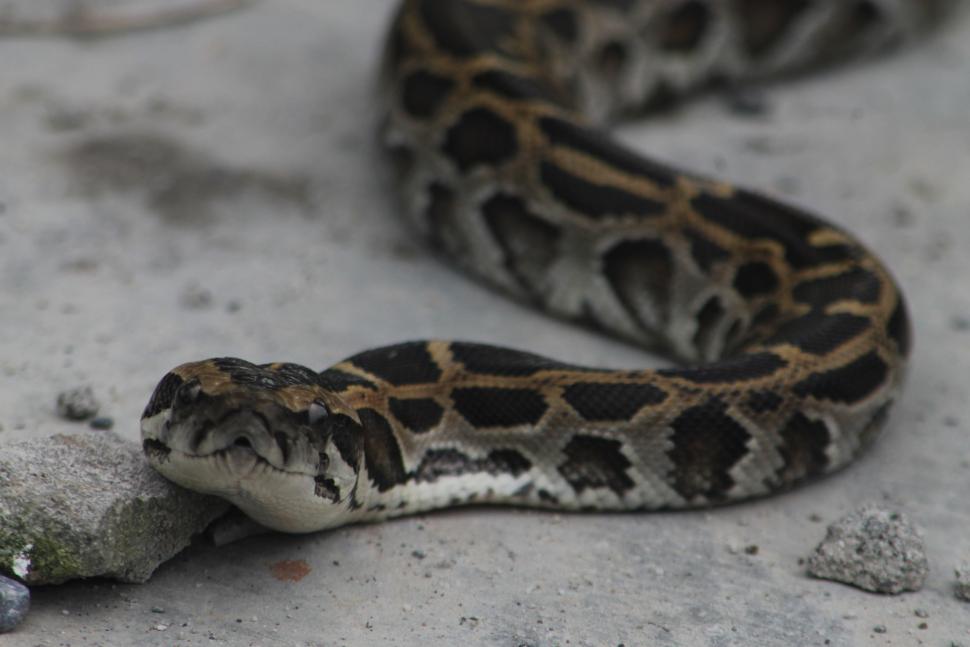 “I switched into Steve Irwin mode and grabbed its tail”: Cyclists wrestle 7ft python... in Kent

Here at road.cc, we’ve covered plenty of stories about cyclists coming into contact with animals out on the roads, from bears and bulls in North America to sheep in Yorkshire, but we have very rarely come across a two-wheeled encounter with a python… and in Kent of all places, too.

On Monday evening two cyclists, Toby and Rod, were riding on a country lane outside Reculver, near Herne Bay, when they spotted a huge snake lounging by the side of the road.

While other road users did their best to stay clear of the seven-foot python – believed to have dumped there by a previous owner – Toby and Rod decided, naturally, to stay with the creature while they called for help.

“There was a cyclist coming the other way and he shouted, ‘Be careful there's a snake in the road’,” 45-year-old Toby told KentOnline.

“I looked at Rod and asked, ‘did he just say there was a snake in the road?’ and he said, ‘Don't be bloody stupid’.

“But we got round the corner and there it was, a huge seven- or eight-foot python soaking up the sun.

“It was a big size, I'm sure without a doubt it could take a dog, or even something bigger. If that thing was hungry, God knows what it would have eaten.

“It was in the full sun, in a sort of crouched attack mode – it was very alert. It also had blood coming from its mouth.”

After failing to get through to the RSPCA, the two cyclists phoned the police. However, as they continued to divert traffic around the python, the snake attempted to escape into a neighbouring field, prompting Toby to channel his inner cycling version of Steve Irwin.

“For its own safety and for the safety of others in case it got away, I switched into Steve Irwin mode and grabbed its tail,” he said.

“I pulled it back and that’s when it lurched around and lunged at me, with its mouth open. I certainly knew what it wanted to do.

“Thankfully it didn’t get me and then it stayed stationary in the road.”

At that point a van driver pulled over, who helped Rod wrestle the snake into a makeshift bag made from a dust sheet and some tape.

“He was seriously having to wrestle with it. Rod is a big guy but he had to wrestle this thing, it was tightening up around his arm. There were definitely a couple of hairy moments.

“They both did a grand job as I'm sure neither of them had handled anything more than a worm in their lifetime, let alone a 7ft python.”

> Cyclist seriously injured after squirrel gets tangled in spokes

After the police, rather tentatively, were able to bag the snake up, it was then taken to Penfold’s Reptiles in Herne Bay, where the python was confirmed to be perfectly healthy and is set to make a full recovery before being rehomed.

For Toby and Rod, their close encounter with a massive python certainly wasn’t your average evening spin on the bike.

“It was quite different to just finding a pothole,” Toby says.

“We didn't fret or panic. We used logic and at the end of the day it's more frightened of you than you ought to be of it.

“You do what you think is right.”