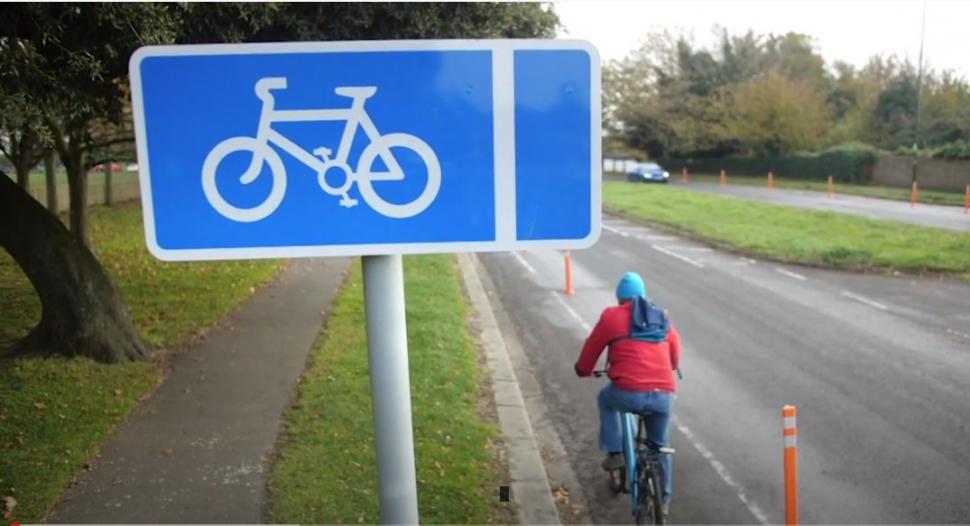 The number of speeding drivers on Upper Shoreham Road in West Sussex has risen dramatically since plastic wands protecting a ‘pop-up’ cycle lane were removed by the council in January.

According to West Sussex County Council’s own traffic monitors the number of drivers exceeding 35mph on the road, which has a 30mph speed limit, has increased from 1176 per week, or 3.9% of vehicles, to 1908, or 5.71% of vehicles since the week of 11 January when the plastic wands protecting cyclists were removed.

Local cycling campaign, Shoreham-by-Cycle, who identified the rise in speeding, express concerns the road was a collision hotspot and a matter of concern for some time. They point out even the Google Streetview images of the street show the aftermath of a crash.

A spokesperson for Shoreham-By-Cycle said: “Upper Shoreham Road is a key route for many people living in Shoreham - particular children on their way to school. People deserve to be able to choose cycling for their local journeys without being placed at risk from dangerous driving.”

West Sussex County Council faces a judicial review brought by Cycling UK, after removing the lane two months into a six month trial period. Cycling UK argues the decision to remove the lane was ‘irrational and unlawful’ and failed to take into account the needs of children who cycled on the roads when the wands were installed.

Cycling levels tripled after plastic wands were installed to protect those on the cycle lane from traffic in September. They also acted to narrow the road, which can help reduce traffic speeds.

Schools, hospitals and community groups voiced their support for the lane, after suggestions it would be removed. They said the wands made it possible for children to cycle to school unaccompanied. It was removed by the council’s cabinet member for Highways, Cllr Roger Elkins, despite a council vote in favour of keeping it, although council data found no negative impact on journey times or increases in pollution. It emerged, after an FOI request by Shoreham-by-Cycle, Cllr Elkins had never visited the cycle lane.

In October to December, around 1200 drivers each week were driving at more than 35mph on Upper Shoreham Road. The pop-up cycle lane was installed at the start of September, and removed mid-January, after which speeding levels started rising again.

A spokesperson for local community group, the Shoreham Society, said: “Too much traffic in and around the town was the greatest concern expressed by people in Shoreham who responded to our recent survey. People want fewer cars in the town centre and more pedestrian areas with safe access for cyclists. They want traffic calming schemes and better cycleways in Shoreham.”

A West Sussex County Council spokesperson told road.cc: “Our data shows that the average speed of traffic on the Upper Shoreham Road in the last week of February was approximately 28 mph.

“Traffic patterns are unusual at the moment due to COVID-19 restrictions, although there is more traffic on the Upper Shoreham Road than there was during the height of the lockdown last summer.

“We recognise some drivers will travel in excess of the speed limit. We would encourage all road users to respect the speed limits and more importantly drive to the conditions.”