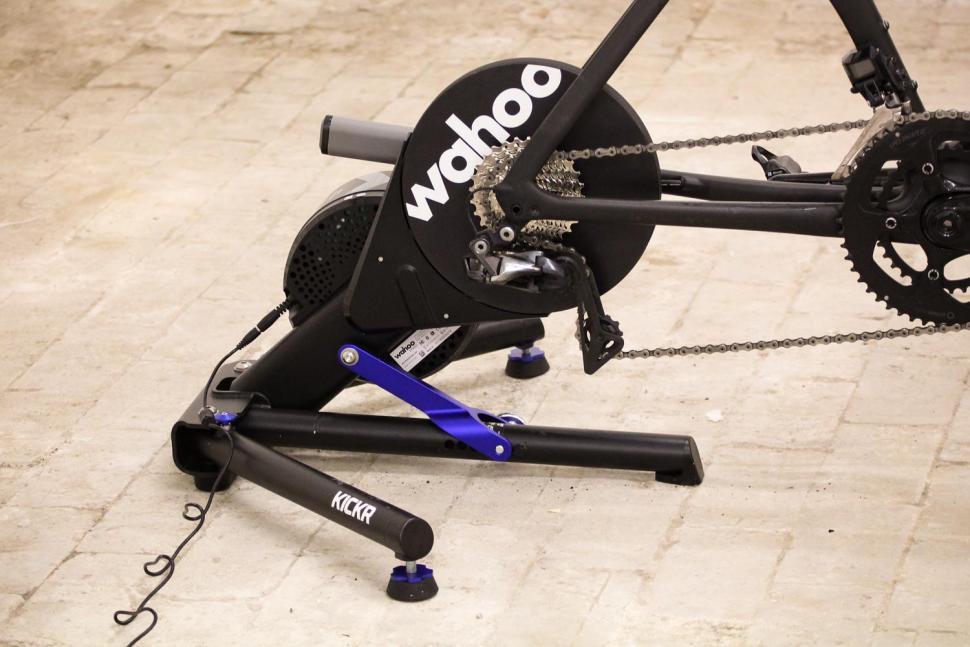 Evans Cycles has been accused of “taking customers for a ride,” with prices of home trainers on its website currently displaying at well above their recommended retail price.

The accusation has been made by a road.cc reader who alerted us to the pricing on the retailer’s website of the products, sales of which have boomed in recent weeks as many cyclists have switched to training at home due to the coronavirus pandemic.

It comes on a day when Evans, together with sister retailer Sports Direct, were subject to a backlash on social media after initially announcing that they planned to continue trading during the coronavirus pandemic.

That decision has since been reversed pending clarification the company is seeking from the government.

The road.cc reader who contacted us this morning said: “Following on from the mixed messages from Sports Direct regarding opening their stores and Evans Cycles, I noticed today that they've put prices up on loads of their turbo trainers.

“The Wahoo KICKR which is £999 everywhere including the Wahoo website is now £1,150, same for all other Wahoo trainers.

“Looks like they've done the same on Tacx, Saris and other brands too.

“They are taking customers for a ride,” he added. “What a joke.”

After receiving his email, we checked the pricing of turbo trainers on the Evans Cycles websites against the RRP of the various brands whose products it sells.

What we found was that prices appear to have increased across the range, with the three examples below all now being sold at around 15 per cent higher than the manufacturer’s RRP.

Other retailers including Sigma and Tredz are currently selling those products at RRP.

We have approached Evans for a comment on the pricing of the products concerned and will update this article with their response once we have it.

Evans Cycles was bought out of administration in 2018 by Mike Ashley’s Sports Direct International plc, and its immediate parent company is Frasers Group, which last night wrote to staff at Evans and Sports Direct following Boris Johnson’s address to the nation.

The Prime Minister outlined tight restrictions on when people would be able to leave their homes, one being that they would be permitted to undertake one form of exercise each day, including cycling, provided it is done alone of with household members.

> Prime Minister says cycling allowed for exercise - but only alone or with members of household; bike shops to remain open

He also said that all non-essential retailers would be required to close, one of the exceptions being bicycle shops.

In its memo, Frasers Holdings told staff at both Sports Direct and Evans Cycles that stores belonging to the two chains would “remain open where possible,” citing its leading position in the UK sports and fitness market.

A copy of the company’s memo to employees was subsequently posted to Twitter, with both Sports Direct and Evans coming under criticism for asking staff to continue working during the crisis.

Mike Ashley is an irresponsible and moneygrubbing threat to the health and safety of Sports Direct and Evans Cycles employees and those who might be tempted to shop those shops.

His declaration that the stores provide an essential service is as dangerous as it is absurd. pic.twitter.com/YVqMhBF3ER

The company did not mention what is likely to be one of the prime reasons for the government’s decision to allow bike shops to remain open – the repair and maintenance services that they provide, and it is worth noting that garages too are allowed to continue trading.

Frasers Group has now said that neither chain will trade for the time being and that it is seeking clarification over the issue from the government as to whether they should open.