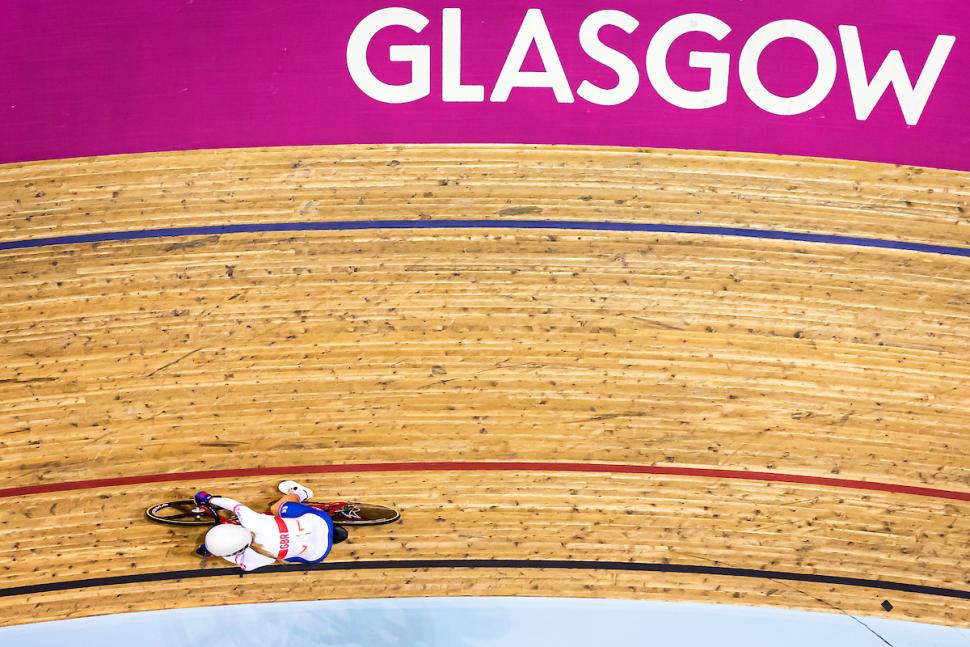 Glasgow Sir Chris Hoy Velodrome could be set to host October’s UCI Track Cycling World Championship after the UCI confirmed yesterday that the event had been taken away from Ashgabat in Turkmenistan – and in a swiftly deleted tweet said they the event would be heading to Scotland instead.

The UCI says that the event is being moved from its original venue at the request of the organising committee because “health constraints and restrictions linked to the COVID-19 pandemic make it impossible to stage the event in the country,” although according to the World Health Organization, there have been no reported cases of coronavirus there.

After the deletion of the tweet that stated that Glasgow would be the new venue of the event, which is due to run from 13-17 October, world cycling’s governing body said in a statement: “The UCI is currently in contact with several potential alternative organisers with a view to moving the event to another venue on the same dates.

“The name of the new host city will be communicated as soon as possible,” it added.

Concerns have been expressed about Turkmenistan hosting the event due to the human rights record of the former USSR state, which is governed as a dictatorship by President Gurbanguly Berdimuhamedov, last year awarded the UCI Order.

Official videos regularly surface showing him leading mass participation cycling events – the riders all evenly spaced in military-style formation and dressed in identical tracksuits – such as this one from last year’s World Bicycle Day.

Turkmenistan's president loves cycling ("velosport"), he bloody loves it. Here he is walking around a giant monument erected to cycling as a song about cycling is performed in the background pic.twitter.com/3EjmaZgJz7

Last week, ahead of the UEC confirming that Belarus had been stripped of the forthcoming European Track Cycling Championships following the forced diversion of a Ryanair flight containing a dissident journalist to the country’s capital Minsk, Great Britain Cycling Team performance director Stephen Park said he would leave it to individual riders to decide whether they wanted to travel to Turkmenistan for the World Championships.

Asked on Twitter for his thoughts on whether British Cycling should boycott the event, Park said: “I am not a great believer in NGB's [national governing bodies] boycotting events unless it is considered unsafe for athletes to attend. That said, I do think it is reasonable for every athlete to consider their own position and determine whether they wish to attend or not.”

Glasgow has already been confirmed as host of the 2023 UCI Cycling World Championships, which for the first time ever will bring together all 13 disciplines in an event spanning 10 days, a format that the governing body plans to repeat every four years.