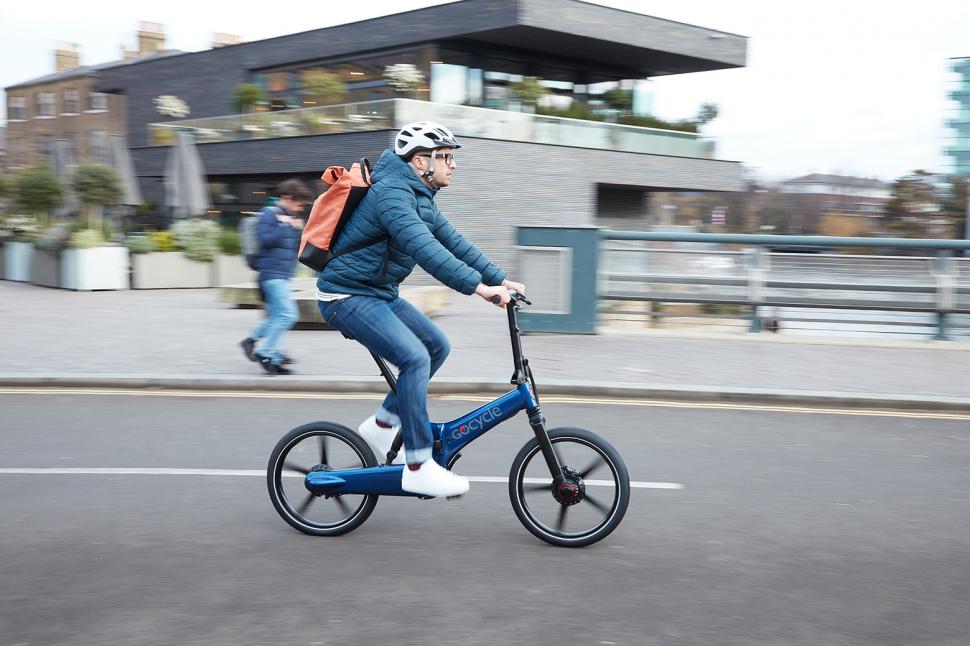 “Being local is a no brainer,” says boss of UK e-bike brand which has seen big growth in sales to EU
by Simon_MacMichael

Gocycle, the award-winning e-bike brand founded by ex-Formula 1 engineer Richard Thorpe, is setting up a subsidiary in the Netherlands after the Brexit deal signed on Christmas Eve provided “certainty” about the future trading relationship between the UK and EU.

The Chessington-based company says it has enjoyed sales growth in Europe of 25 per cent in each of the past five years, rising to 50 per cent in 2020.

To meet that demand, the Netherlands-based subsidiary will provide localised EU-wide fulfilment from a central distribution centre in Germany, stocking and distributing Gocycle products and accessories, and fulfilling its orders across the EU.

While a number of UK-based companies have rushed to set up operations in the EU in the wake of the Brexit deal, which was signed off on Christmas Eve, Gocycle – which set up a US division in 2018 to cater for customers there – had already planned to do so.

It says that now is “the right time” to confirm the news, “with our new G4 model hitting the market in the coming months, as well as the Brexit rules now [being] settled,” so “we can support our European customers more closely and lay the ground work for future growth.”

It also plans to launch a dedicated European Service and Maintenance Centre in the near future to enhance the support it gives to its customers.

The company’s founder and CEO, Richard Thorpe, told road.cc: “We are a small and agile company. We chose to not do any Brexit planning until we had certainty. In some ways, that delayed this decision. But as soon as we had certainty, we could apply the right plan and did.”

We asked him whether the company had experienced any issues in dealing with customers in the EU following the end of the transition period.

“There is friction at the border and will continue to be – government red tape – paperwork,” he said.

“We just need to do what is needed to serve our customers best. Based on the size of the business we are looking at in Europe – being local is a no brainer.”

Some companies trading between the UK and EU are now having to deal with additional tariffs due to what are termed rules of origin, whereby an e-bike, for example, that may have been assembled there is deemed to have originated elsewhere because of where a certain percentage of its components originally came from.

Thorpe told us that wasn’t the case for Gocycle, whose bikes are produced in Poland through a number of companies operating there.

“Our products are EU origin so are duty free,” he said. “But as mentioned, there is friction at the border, so best practice in our view is to avoid that friction.

“Probably at some point we will look to expand further with a similar play book based on the size of the business and our focus on the end customer,” Thorpe added.

“Australia for example is a territory that we have been considering a local company to better serve the market. But that’s still got some way to grow.”