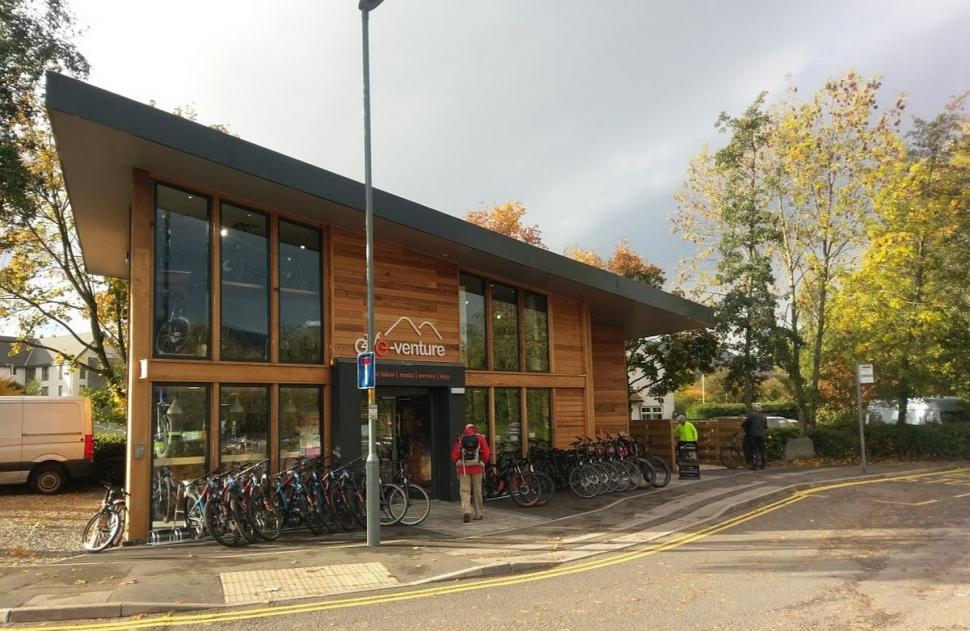 A burglar who led police on a 115mph chase after a £30,000 raid on a bike shop in the Lake District after apparently casing other shops in the area earlier the same day has been jailed for 27 months.

Harry Curran, aged 34 and from Tower Hamlets in London, had admitted burglary and dangerous driving when he appeared via video link at Carlisle Crown Court last month.

Curran and accomplice James Easterbrook, aged 41, who received a 14-month suspended sentence, broke into E-Venture Bikes in Keswick on the evening of 5 October this year after driving to the premises in a hired van.

“He did not look like the usual customer in the Lakes to buy a mountain bike,” he explained. “That was due to the way he was dressed and also the inappropriate bike he was choosing for his build.”

Police stopped Curran in Ambleside and he and Easterbrook were subsequently seen outside another bike shop in Penrith.

In the evening, they broke into E-Venture Bikes in Keswick at around 10pm and stole several bikes, “The van door was slammed shut and it sped off with some wheel spin leaving Keswick in a hurry,” Mr Rogerson said.

The van was later spotted by police on the M6 at speeds of up to 115mph and exited the motorway at Junction 33.

The vehicle was subsequently stopped by police deploying a stinger, with Curran and Easterbrook both arrested, while a third occupant of the van is said to have fled.

Besides the stolen bikes, police also discovered balaclavas and an angle grinder in the van.

The shop owner said in a victim impact statement that superficial damage to the five stolen bikes meant that despite their recovery, he had been forced to sell them at a discount, causing him a loss of £7,362.

He also said that he was anxious at the prospect of potential future break-ins at the shop.

He said: “It makes me wonder why I bother. I feel like the criminals just don’t understand the impact their crime has on me, my business and the local community in Keswick.”