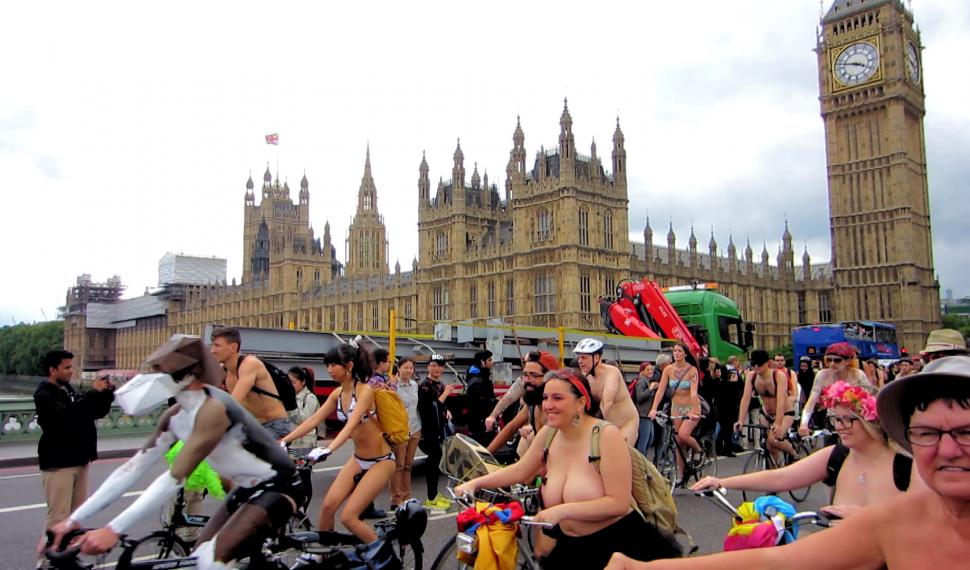 Organisers of the London leg of the World Naked Bike Ride are aiming to hold this year’s event on 14 August, with the timing reflecting the government’s plans for relaxing lockdown in England.

Usually, the event takes place in June – often coinciding with the Queen’s official birthday, and with the route passing by Buckingham Palace to enable riders to pay their own salute to Her Majesty.

Last year’s edition was cancelled due to the coronavirus crisis, with a virtual event held instead, and organisers have said they plan to undertake a similar initiative this June, ahead of the call being made by 14 July on whether the ride itself should go ahead a month later.

In a statement, they said: “WNBR London is confident that there will be a ride in 2021. Throughout the lockdowns, cycling has been encouraged both as healthy exercise and as a safer form of transport.

“It is impossible to be certain how the pandemic will affect our lives in the summer, but it looks like the government will encourage a return to normal activities.

“The WNBR London Collective will continue to observe government restrictions as well as examining evidence and best advice.

“Unless the government's unlock schedule changes, a ride of over 30 people will not be allowed until 21st June at the earliest, so the usual timing for the ride on the second Saturday in June will not be possible.

“To be sure about the ride, a final go/no go decision will be taken after that final unlock stage has been reached. WNBR London plans to make the call by 14 July to allow one month to publicise and prepare for a ride on 14 August.

“If things are still not safe in August, there will be one last chance to delay until September before the cold weather sets in.

“As there will not be a ride on the usual date, WNBR London will again put on a programme of #NotTheWorldNakedBikeRide substitute events.

“Last year's activities were a great success. This year the programme will again encourage safe individual rides along with online gatherings and offline activities such as a new photo competition. Supporters should watch out for updates on the WNBRLondon.UK website and all social media channels,” they added.