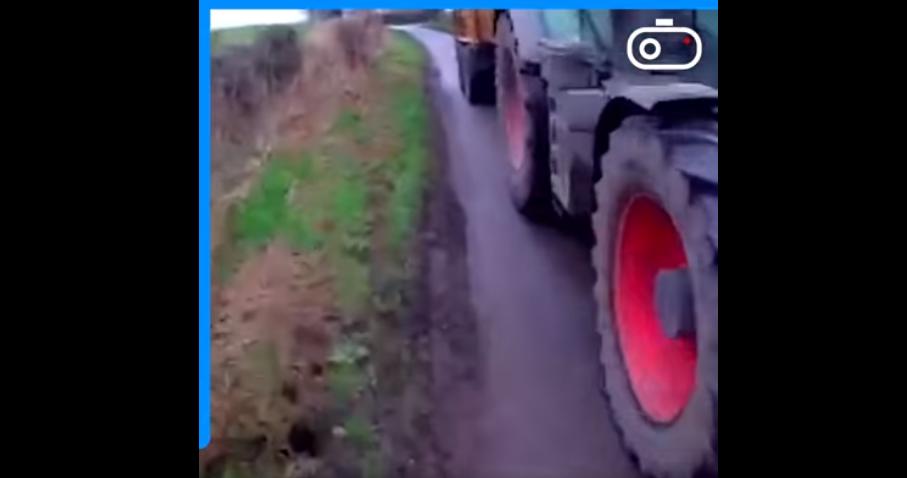 Our regular series featuring close passes from around the country - today it's Cheshire ...
by Simon_MacMichael

When we launched our Near Miss of the Day feature back in June 2017 to highlight the dangers UK cyclists face each day, the issue of close passes and other dangerous incidents was already receiving national attention, with West Midlands Police having launched its award-winning initiative targeting drivers who put cyclists at risk the previous September.

That campaign was subsequently adopted by police forces across the country – and now, Cheshire Police have published a compilation video on Facebook that shows a number of examples submitted to them of poor driving around cyclists to emphasise to motorists just how vulnerable people on bikes are.

As well as a number of close passes, the video also shows one particularly frightening incident in which a tractor heads straight towards a cyclist on a country lane, forcing the rider to take refuge on the grass verge to avoid being run over.

A spokesman for Cheshire Police said: “The safety of these cyclists is put at risk by other road users.

“Being overtaken by a car can be stressful – only overtake if it will not compromise the safety of the cyclist or other road users.

While feedback from readers indicates that there is something of a postcode lottery at play in determining how seriously footage of close passes and the like will be treated, it’s good to see examples of police forces that continue to highlight the dangers to hopefully make the roads safer for all.

Subscribe
Cheshire Police
NMotD Cheshire
Near Miss of the Day