Subscribe
Back to news
news
Crime & Legal
Near Miss of The Day 460: Van on the A34 in Staffordshire

Near Miss of the Day 460: Van driver sacked after close pass

Our regular series featuring close passes from around the country - today it's Staffordshire...
by Simon_MacMichael

A van driver filmed making a close pass on a cyclist in Staffordshire will no longer drive for the firm that owns the vehicle.

The incident happened on the A34 near Trentham Gardens at around 7am last Thursday 21 August.

Damian, the road.cc reader who submitted the footage said: “I reported this to the company via Twitter on the same day, they have responded today with the following: 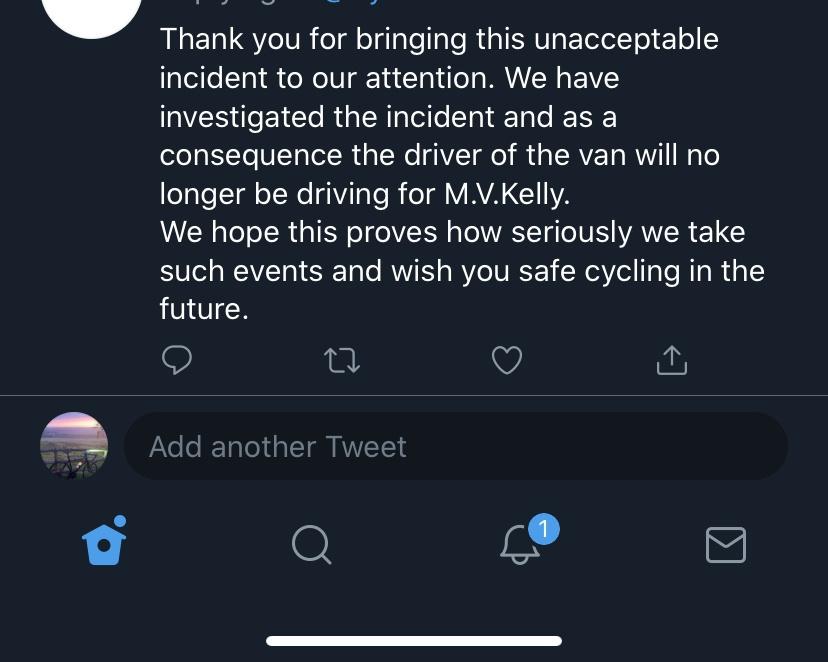 “It’s good that they have taken it seriously, and hopefully the driver will think twice about passing other cyclists this close,

“I have also reported it to Staffordshire Police, as they now have a portal to report incidents like these which I was unaware of until yesterday.”

Subscribe
Near Miss of the Daya
NMotD van
NMotD Staffordshire