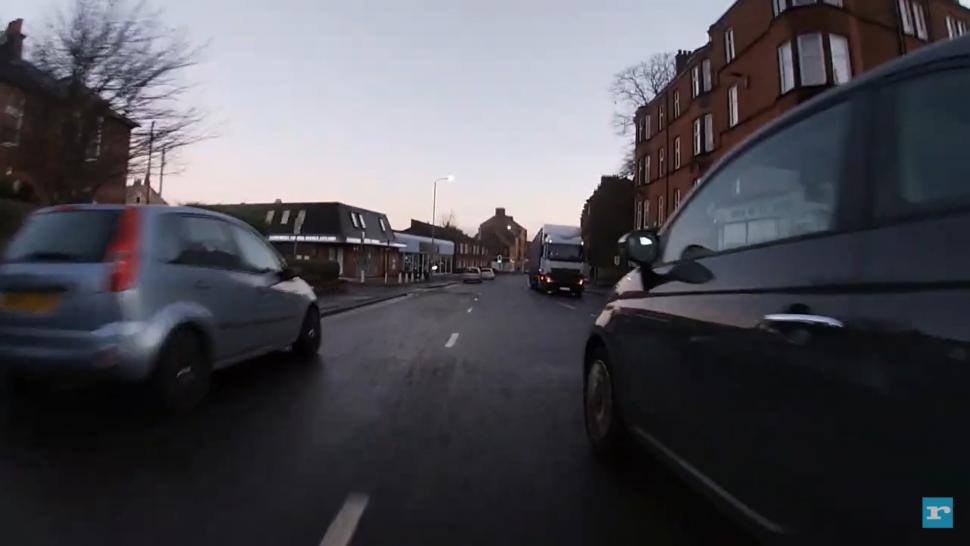 Near Miss of the Day 735: MGIF driver squeezes past cyclist despite oncoming lorry (video includes swearing)

Our regular series featuring close passes from around the country - today it's Glasgow.....
by Dan Alexander

MGIF stands for 'must get in front', if you haven't already heard, and sums up perfectly this incident involving a driver lacking the patience to wait a few seconds for a safer place to overtake.

Instead, they push their way in front of the cyclist, narrowly avoiding a collision with the HGV in the process.

road.cc reader Graeme was riding along Clarkston Road in Glasgow when the incident happened: "The driver went to pass me but once she was alongside noticed a lorry coming in the other direction. Instead of falling back they moved in very close and then right across me.

> Near Miss of the Day 734: "What are you doing?" — Driver ignores cyclist at roundabout

"I did report it to the police. The officer took an action to go and speak to the driver.  He emailed to say he had tried and failed to contact her and would try again. I’ve not heard from them again."