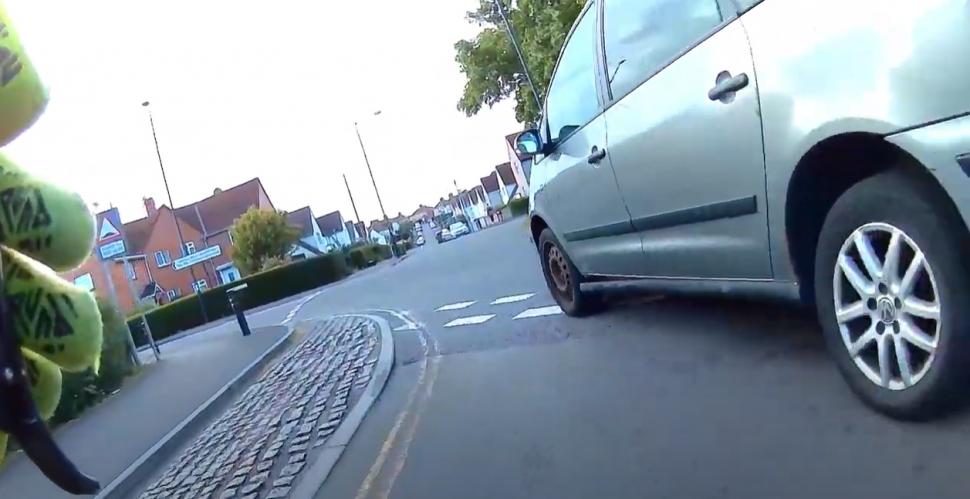 Near Miss of the Day 771: MGIF driver “couldn’t have missed us as we were on a tandem”

Our regular series featuring close passes from around the country - today it's Avon & Somerset.....
by Ryan Mallon

A classic of the ‘Must Get In Front’ genre of near miss here, as the motorist attempts to overtake just before a roundabout before immediately swinging left to take the first exit, prompting a squeal of brakes from the cyclists behind.

And, as road.cc reader Andy tell us, “they couldn’t have missed us as we were on a tandem”.

The unnecessary pass occurred as Andy and his tandem partner were enjoying an evening spin on the Minehead Road in Bristol.

> Should all cyclists use action cameras? Have your say

Andy says he had only bought his bike camera the week before, “after getting annoyed at the increase in the number of cagers not aware of what is going on outside their metal box”.

1
Near Miss of the Day 794: Driver passes cyclists signalling right — police suggest riders should have turned quicker
2
Cyclist's severed foot found on hit-and-run suspect's car as driver arrested
3
"Someone could be killed": Path users blame speeding cyclists for New Forest danger
4
"They said give us the bike or we stab you": Another cyclist targeted by motorbike-riding muggers on popular route out of London
5
Moriah Wilson murder: Kaitlin Armstrong caught in Costa Rica after six weeks on the run
6
Near Miss of the Day 792: National Express bus driver in ultra-close pass on cyclist (includes swearing)
7
Would you like to see the crazy Cadex tri bike in the Tour de France? Plus new stuff from Elite, CeramicSpeed, Santini, Bollé, MAAP & more
8
Tour de France Gilet-gate: Geraint Thomas explains how he forgot to ditch body warmer for Copenhagen TT