Police ​have been unable to trace an aggressive driver who got out of his vehicle and kicked a cyclist returning home from the school run – despite the incident being caught on film by the victim, who has expressed their frustration at the failure to bring the man to justice. 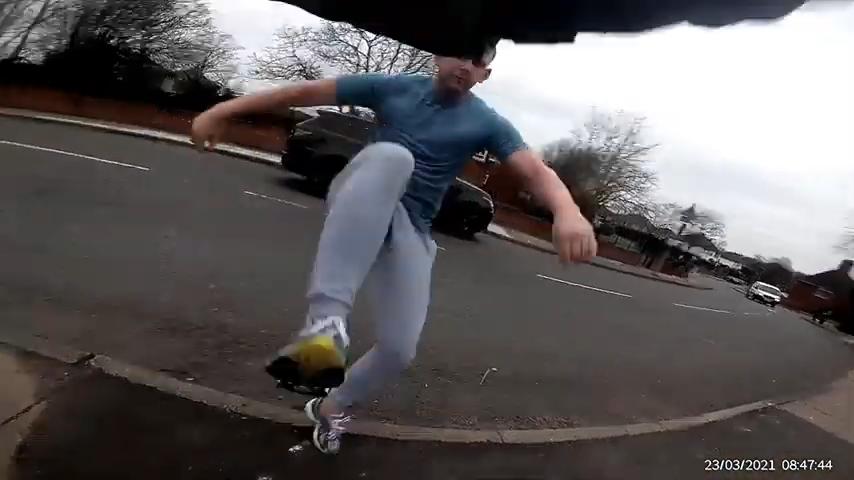 The shocking incident took place in Woolton, Liverpool in March, with the cyclist subsequently submitting footage to Merseyside Police.

The cyclist was riding a triple tandem, clearly made to take small children, when the driver of a black Range Rover cut across them at a junction.

The motorist stopped a little further up the road, and the cyclist rode over – at which point the driver got out of the vehicle and ran across the road and kicked out.

“He kicked my camera and caught my hand at the same time, I dropped the bike and then the guy in the van came and he scurried back to his car,” the cyclist, who wishes to remain anonymous, told road.cc.

In a tweet posted in late May to their Twitter account, which is now protected, the cyclist said: “Police called today, officer apologised that they had the video but never got a notification from the portal to say so. Not sure if I believe that or not.

“Anyway he asked me what direction I would like to take this incident. Started talking about the guy writing me an apology.”

Asking their followers for advice, they said: “I feel I'm being coerced into a 'non punishment' and not sure if I like the thought of reading a crappy apology letter anyway. What should I do?

They added: “Also the officer said although it was road rage he was a pedestrian at the time... Is that how it works?”

Last week, the cyclist tweeted again to say that police had been unable to establish who the motorist was, with the company that had leased the vehicle not responding to a request to disclose the identity of the driver.

“Merseyside Police have given up looking for this guy despite having his vehicle registration and a very good picture of his face,” they tweeted. “What can I do now if anything? 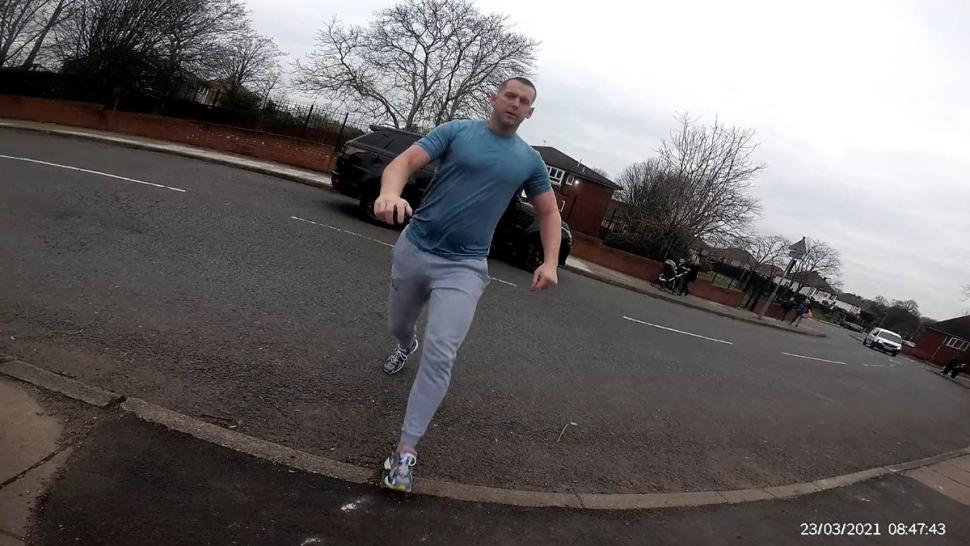 “Disappointed to hear that the lease company failed to nominate who was driving and after 6 months it is too late to prosecute. Apparently the lease company will face a fine now but I won't hear the result of that.”

They added: “An ongoing consequence of this incident is a genuine fear of riding across this junction. Which is a real pain as its right next to my kids’ school. So we have to ride around and go in the longer way. I doubt the guy thinks much about it at all if ever.”

Reflecting on the police’s handling of the case, the cyclist told road.cc: “My tweets pretty much sum it up, but it was an initial oversight of not watching the video for two months until I contacted them to ask what is happening then a little scurrying of action then they ran the clock out waiting for a sub-leasing company to reply, which they never did.

“They never informed me it was a summary offence,” the cyclist added. “If I’d known this, I would have posted the video months ago.”