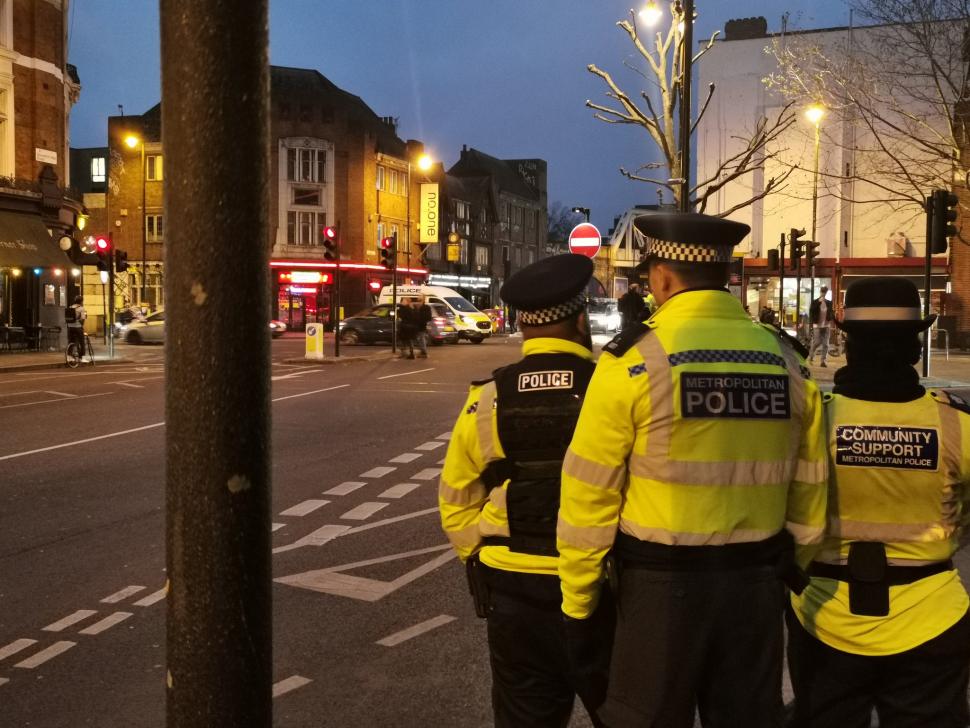 Some people on social media questioned the force's use of resources, as the offending cyclists were fined £50 and educated on road safety...
by Ryan Mallon

Safer Transport Team officers in Hackney fined 18 cyclists in the space of 90 minutes for jumping red lights at the weekend.

The Metropolitan Police Service’s Roads and Transport Policing Command tweeted that 14 officers in hi vis jackets patrolled the Hackney Road junction with Kingsland Road on Saturday evening. They were there as part of Operation ‘Vision Zero’, London Mayor Sadiq Khan’s bid to eliminate deaths and serious injuries on the capital’s roads.

In the space of 90 minutes, the officers caught 18 cyclists jumping red lights in the area. The cyclists in question were lectured on road safety and handed fixed penalty notices of £50, to be paid within 28 days.

The police’s action earned praise from some quarters, with one Twitter account – associated with a group opposed to Low Traffic Neighbourhoods – writing: “Good that this is finally being dealt with. So many cyclists jump red lights and then scream at cars and pedestrians.”

The Roads and Transport team thanked the account for their support and said: “Be assured we will continue with the campaign to enforce cycle safety for all road users”.

Some used the news to call for more stringent rules concerning cycling, with one user writing: “Excellent work but highlights the need for cyclists to obtain a cycling licence and to display number plates. All light jumpers could have had their licences endorsed with three penalty points which would have been well deserved.”

However, others weren’t as impressed with the police’s work. One user asked the team “one day could you please send 14 officers to sit at the lights and look for phone drivers? A fiver says you’d get 18 in 10 minutes.”

The police responded: “We understand the risks posed by motorists using hand-held devices whilst driving. Our colleagues in the Traffic unit are dedicated to dealing with this daily.”

Last year Richmond Council was criticised for stopping children riding their bikes on undesignated paths in Sheen Common, and threatening them with fines of £60.

In December a man was fined £75 for riding through a pedestrian zone outside a tube and Overground station in north London, after he had missed the small ‘no cycling’ signs attached to bollards near the station.