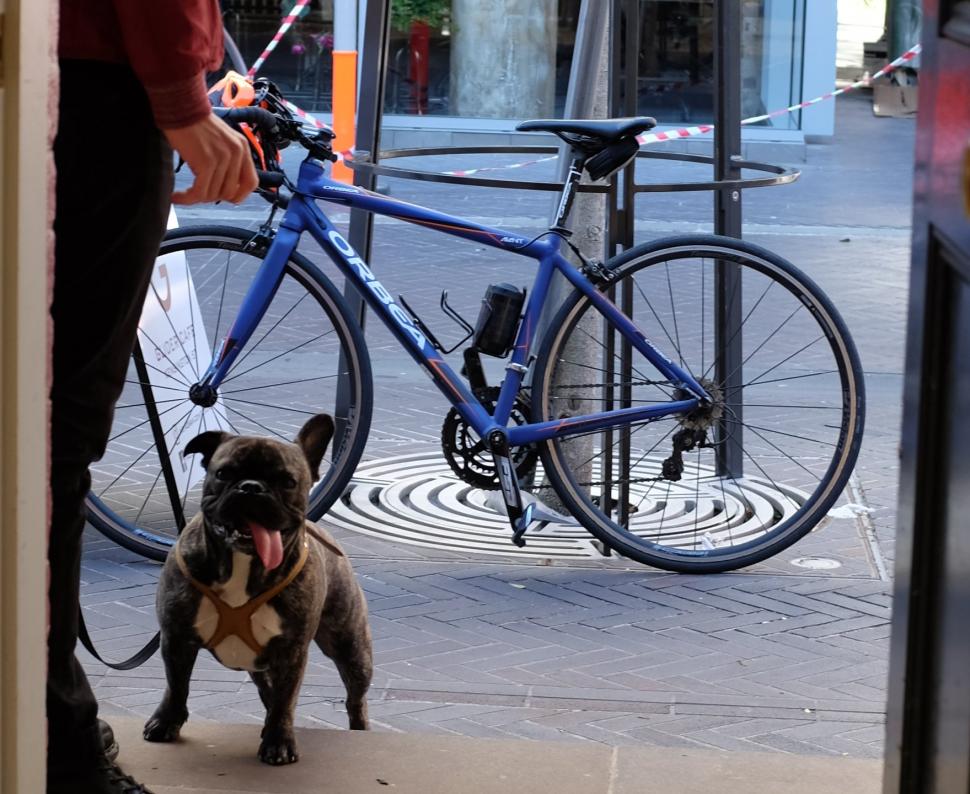 A Londoner who found his stolen bike for sale on Gumtree was told by a police officer to meet the seller himself and “see what happens.” He subsequently got in contact with the Met’s dedicated Cycle Safety Team, who advised him not to do that.

At some point during Friday night the cyclist, who has asked to remain anonymous, had two bikes stolen from his home in Hackney: a black and blue Orbea road bike and a black Fuji single speed.

He discovered they had gone in the morning and almost immediately found the Orbea for sale on Gumtree.

It was a bike he’d got while working in Australia in 2014.

“I went on some really nice long rides around Sydney,” he told us. “When I left, it was a souvenir of my time spent Down Under – lots of good memories.”

The ad was later taken down – it is not clear whether by the seller or by Gumtree. Either way, he had the presence of mind to take screenshots of it.

He reported both the thefts and the ad to police, but was told to go and meet the seller himself and to call them if anything happened.

He subsequently contacted the Met’s Cycle Safety Team who advised him against meeting the seller for safety reasons.

The Orbea is a 49cm frame with a custom headset and handlebars. It has scratches on the top tube and an identifier on it to say that it came from Australia. Its serial number is TF01007481.

The Fuji has custom short handlebars, a big rip on the side of the saddle and a carbon seat post. The cyclist says you cannot adjust the seat height.

Earlier this week, a man who tried to sell an NHS worker’s bike on Gumtree was jailed for 32 weeks and fined £200 after the victim’s neighbour, the broadcaster Jeremy Vine, posted a video to Twitter about her situation.

Met officers had initially told the bike’s owner, a mental health nurse named Joey, that they would be unable to proceed with investigating the theft because the amateur detective work that she and her partner had done in tracking down the person trying to sell it would prejudice the case.

Detective Superintendent Andy Cox, the Metropolitan Police Service’s Vision Zero lead on road safety, offered to look into the matter personally, resulting in a man being convicted after pleading guilty.