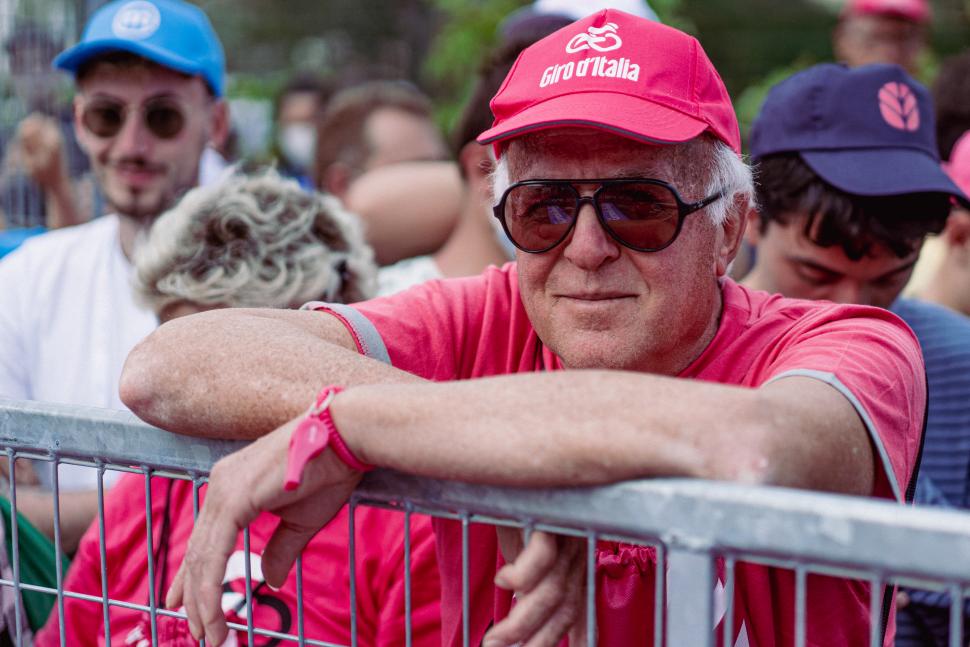 “Maybe the easiest race I’ve ever done”: Pros enjoy relaxing Giro d’Italia stage six… but could you have kept up?

Spare a thought for the poor commentators at the Giro d’Italia – those hardy souls who left their boxes yesterday afternoon with vacant, lifeless expressions following a stage where… basically nothing happened for five hours.

Stage six of the Giro, a largely flat 192-kilometre coastal route up the outer sole of Italy’s boot from Palmi to Scalea, was one of those increasingly rare beasts in professional cycling: a day where the riders were happy to amble along at under 40kph for what seemed like an eternity, both eyes firmly fixed on the gruelling climbing tests ahead.

The never-ending stage. A ride without a finish.

In effect, the stage amounted to a de facto five-hour rest day ride with two minutes of frenetic sprinting at the end, won by Groupama-FDJ’s Arnaud Démare, who took his second victory of the race so far in a too-close-to-call photo finish with Caleb Ewan.

I need some longer arms.. pic.twitter.com/3tRFOJY15f

If it weren’t for Diego Rosa, the one-time hilly classics contender, sacrificing his legs (and possibly morale) in a doomed solo move up the road, Rob Hatch and Co. may have had to rely on the phony comedy attacks instigated early on by the like of Magnus Cort to entertain the ever dwindling masses watching at home, who were most likely taking the opportunity to catch up on some much-neglected tasks while the ‘racing’ continued in the background. Fans eagerly await the peloton on stage six of the 2022 Giro d’Italia, between Palmi and Scalea (Zac Williams/SWpix.com)

Even Quick Step-Alpha Vinyl’s social media guru took advantage of the seemingly interminable racing hiatus to enlighten the Wolfpack’s followers with an 18-tweet-long thread about the Fall of Constantinople in 1453:

On this day in 1453, the Siege of Constantinople was in full swing, but there was still no clear winner. Having started on April 6, the battle ended on May 29, after 53 days, so basically it was shorter than this #Giro stage. pic.twitter.com/s2FVfOJ6Ej

Of course, long, boring stages such as yesterday’s used to be quite commonplace at the grand tours, before race organisers started catering to the TikTok generation with routes designed for short intense bursts of action.

This was especially the case at the Giro, where the peloton would frequently cruise along intact at a steady pace – marshalled by the imposing patrons of the sport, such as Bernard Hinault or Francesco Moser – before immediately clicking into gear once the sound of television helicopters could be heard overhead.

But for the class of 2022, used to frenetic, almost uncontrollable racing from the gun, the relaxed, almost soporific character of stage six of the Giro d’Italia provided a break from the chaotic norm of modern racing.

Matthieu Van der Poel’s strava says it all about today’s stage at the #Giro pic.twitter.com/C3McI6PE3X

Mathieu van der Poel even described the stage on Strava afterwards as “maybe the easiest race I’ve ever done”, a sentiment which was echoed by British rider Owain Doull.

“When it goes easy here it goes really easy. Unfortunately when it goes hard it really goes hard,” Doull wrote, underlining the 1980s-throwback, Jekyll and Hyde character of the 2022 Giro so far. Alex Dowsett spoke for the snoozing fans at home when he posted his Strava ride with the caption “dull”, while Dries de Bondt memorably described the stage as a “coffee-less coffee ride”. While yesterday’s stage counted as a bonus day off for the pros, with 200 kilometres (including the neutralised zone) and over five hours in the saddle, would you have kept up with the peloton?

Most of us here at road.cc think we may have struggled on that long drag near the start, though we would have fancied the chances of our tech writer, YouTube star and closest thing we’ve got to a reliable domestique, Liam Cahill, hanging on until the final few clicks yesterday.

Liam, however, reckons he would have done “something silly” and gone up the road with Rosa in the breakaway (some people will never learn, eh?).

In any case, with three days of tough, relentless climbing in the Apennines on the horizon, starting today, the riders may look back on their five hours of glass-cranking boredom with a markedly different perspective come Sunday evening…

1
Near Miss of the Day 794: Driver passes cyclists signalling right — police suggest riders should have turned quicker
2
Cyclist's severed foot found on hit-and-run suspect's car as driver arrested
3
"Someone could be killed": Path users blame speeding cyclists for New Forest danger
4
"They said give us the bike or we stab you": Another cyclist targeted by motorbike-riding muggers on popular route out of London
5
Tour de France Gilet-gate: Geraint Thomas explains how he forgot to ditch body warmer for Copenhagen TT
6
Near Miss of the Day 793: No action for driver overtaking into oncoming traffic (+ interesting Operation SNAP feedback)
7
road.cc Recommends updated with 11 brilliant new products
8
Prominent transport author claims appointment of Chris Boardman as Active Travel Commissioner is part of "Great Reset agenda"