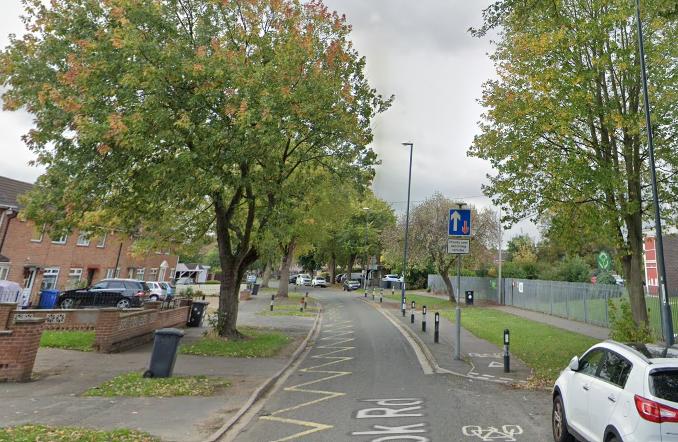 A 65-year-old cyclist was left with a dislocated shoulder and compound fracture to his arm after being assaulted by a motorist, who turned on the cyclist while arguing with another driver about a minor car crash.

Glenn Holland was riding through Alvaston, three miles south-east of Derby, on 19 June when he stumbled upon two drivers engaged in a dispute over a collision that occurred on one of the village’s one-way systems, reports Derbyshire Live.

Holland, a former army medic, claims that as he approached the scene of the incident, one of the motorists accused him of cycling on the road instead of the bike path.

“I was cycling down Holbrook Road on a cycle path, it’s a one-way street. Then I saw a confrontation between two drivers. One of them grabbed me from behind and started on me,” Holland told Derbyshire Live.

“He was quite aggressive and pushed me off my bike. I had to put my right wrist down to stop myself. The man then came back and stole a camera from my bike.”

As well as ending up without a camera following the incident, Glenn also suffered severe bruising, a compound fracture to his arm and a dislocated shoulder, which required surgically inserted corrective metal pins.

As a result of his injuries, the cyclist was forced to quit his casual job as an undertaker and now struggles to play his much-loved trombone and bass, which he says help with his mental health.

“My treatment has cost the NHS thousands, which I feel guilty about,” he says.

“I did a gig yesterday and although I played trombone to an average level, my bass playing was so difficult which has put me down mentally. I play with The Risley Big Band on trombone and Cranberry Flick on bass and ‘bone, although the bass playing has been severely affected.”

Glenn also told Derbyshire Live that he was left “despondent” after learning that his complaints were being investigated as part of the road traffic collision that occurred just before he arrived on the scene, and not as a separate allegation of assault and theft.

However, Derbyshire Police has since confirmed that the cyclist’s claims will be investigated fully.

“The force is currently investigating the circumstances of the incident – including all reports made by the victim which include reports of careless driving, assault, and theft,” a spokesperson said.