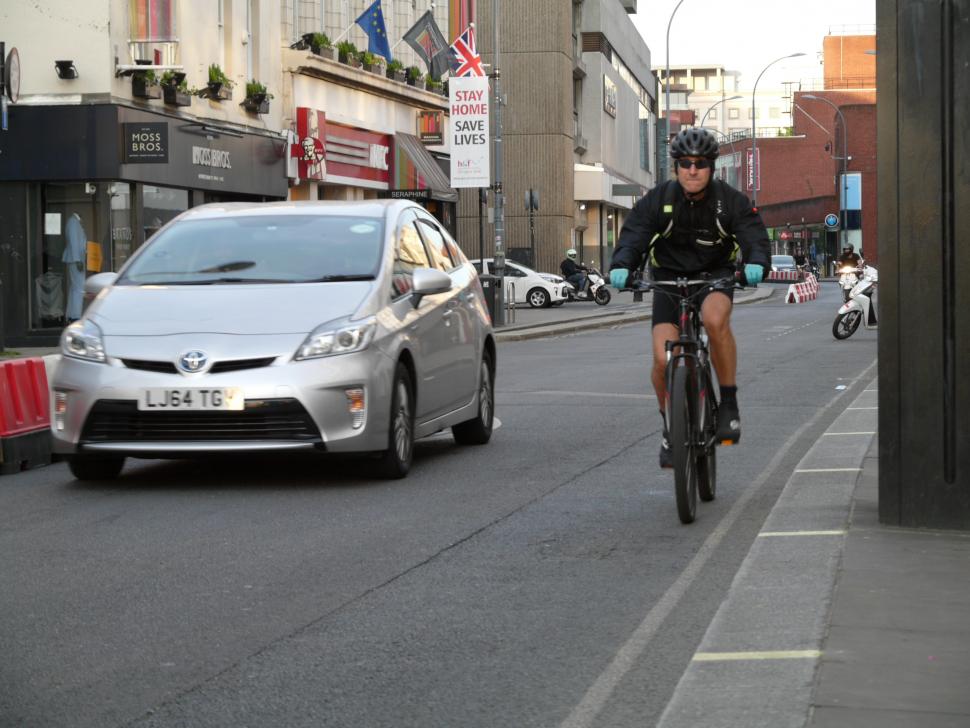 “The constant low-level bullying is starting to take its toll” – road.cc readers open up on the stress of riding on Britain’s roads, with one giving it up for good

A forum topic posted on road.cc last week that posed the question, “Know of someone who’s packed in UK road cycling due to safety concerns?” has prompted readers to share their own stories, including one who this weekend just gone sold his final road bike – one he had built himself, to boot – and who says he will ride exclusively off-road from now on, and another who described the stress brought on by “constant low-level bullying.”

The topic was begun by road.cc reader Shades, who said he had heard about a member of his cycling circle who had taken early retirement but “was really frustrated with the Covid restrictions as he has a small holiday flat in Germany and can't pursue his various plans.

“My comment was why hadn't he gone out on some long rides etc; then I was told he'd stopped, because he was sick of UK roads (safety), and was just going to cycle when he's out in Germany (which he always raves about),” Shades continued.

He said he was “initially bemused,” but after reflecting on some near misses he had experienced, “I kind of sympathised.”

Shades added that before starting to work from home, “a lot of my miles were commuting on the Bristol/Bath bike path and quiet urban roads, so I was probably slightly cossetted. I generally steer clear of A roads but, mid-week especially, the roads are like the Wild West post-lockdown. Apart from group rides I've now got front/back cameras so I could hardly criticise my mate for just being aware of his own mortality.”

His post has drawn dozens of comments from other road.cc readers sharing their own views and experiences, with some common themes emerging – as well as some differences of opinion, naturally.

Road becoming busier as lockdown eases was highlighted by several readers, although views diverged over whether that had been accompanied by driving standards generally being worse, or drivers more impatient, than before the pandemic.

Awavey was one reader who spoke about how working from home over the past year or so had given them a different experience compared to when they rode to work.

“I always found the commute hardest to cope with”

“Personally I always found the commute the hardest to cope with in the respect of safety as I was forced to use quite nasty busy urban roads, which with peak stress rush hour drivers always led to some conflict,” he said.

“So WFH allows me to explore the countryside on longer rides at nicer times, where you still get the occasional issue, but it's not that thing where you just start stressing and dreading the ride because you know some hare-brained motorist is going to try to put you in danger.”

“Let it wash. You can't always be on the front line all the time”

Some readers revealed their own coping mechanisms, such as TheBillder, who wrote: “I think that one way to cope is just to assume sometimes that this stuff will happen and let it wash. You can't always be on the front line all the time.

“Some days I get furious and shout and wave,” he added. “Other days I just count the incidents or give myself a pat on the back if I spot one before it happens.”

“The constant low-level bullying is starting to take its toll”

Captain Badger revealed that he had reported a case of intimidation to the police just the previous evening, and had been discussing it with his wife, whom he said “is concerned that my usual policy of giving these idiots a mouthful is going to end with me in hospital or worse.

“She no longer rides on the road, in spite of using a bike to get around from the age of 12 till well after uni,” he continued. “She wants to ride but is literally too scared –btw, she's hardly a shrinking violet.

“Last night's incident was hardly the worst I've ever received, usual shit about get on the ‘cycle lane’, and ‘I pay tax’, with a close pass, pushed towards the gutter, and brake check,” he said, adding that “I was much more shaken up than usual, angry but also frustrated and sad.

But I'm tired,” he added. “I just want to get where I want to go without using a car, but the constant low-level bullying (and sometimes straight out intimidation, threats and attempted assault) is starting to take its toll.

“What should have been a 10-minute journey has now been an incident and an upload, and has been on my mind now for 12 hours. I don't want to have to don a GoPro every facking ride – it's literally less than 3 miles, under 15mins. The only reason to do so is that the level of bullying,  intimidation and risk to health is significant.”

Replying to Captain Badger, HoarseMann said he’d had “a couple like this over the years … one saw me hang the bike up for six months and the other nine months. Back on it now though and cameras every ride.”

Another reader, kil0ran, has gone further and said he had given up riding on the road altogether because stress over what might happen meant he no longer enjoyed it.

“I realise that I'm still dealing with the trauma of the road rage attack which could easily have killed me on my 50th birthday,” he said. “Logic doesn't come into it when you're traumatised, and I did try the ‘just get back on the horse’ approach but it didn't work for me.”

He said he had “handed over my last road bike today – a bike I specced, assembled, and upgraded myself, paying attention to every little thing. A bike I thought I'd never sell.

“And as the new owner wheeled it away I didn't feel any doubt or regret. Possibly a soupçon of relief but to be honest I didn't feel anything at all, other than the possibilities offered by the grand in my pocket – a shiny new Scottish hardtail frame arrives on Monday for me to build.”

Have you, or anyone you know, stopped riding on the road or thought about doing so? Do you plan your routes to follow quiet or traffic-free routes, or to avoid places where you are likely to experience conflict? After last year’s traffic-free roads during the first lockdown, are you finding drivers are now more aggressive than pre-pandemic? Let us know in the comments below.

1
Conservationists blame "anti-social" cyclists for New Forest damage
2
Bowman Cycles liquidates after "absolute clusterf**k" of supply chain issues
3
Near Miss of the Day 697: Close pass driver overtakes without crossing white line — police action confirmed
4
New cycle lane blamed as family home to be demolished for roundabout redevelopment
5
No Tour de France record for Mark Cavendish in 2022 — teammate Fabio Jakobsen says Manx Missile will race Giro d'Italia
6
Musguard updates its removable, rollable bike mudguards with increased compatibility
7
Near Miss of the Day 694: King of MGIF drivers just has to get in front at congested roundabout
8
"For all he knew I could have been dead": Cyclist searches for hit-and-run driver