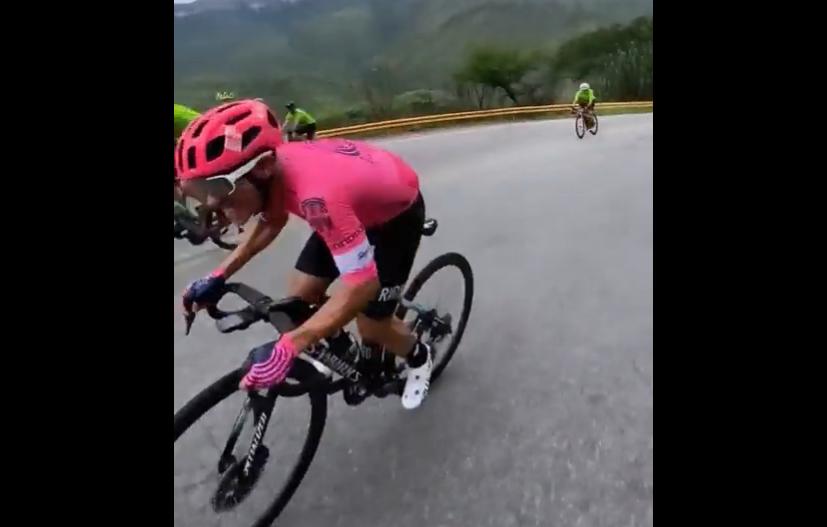 Sergio Higuita on specialized s-works - via País do Ciclismo.PNG

EF Education-Nippo moved to end Sergio Higuita's contract early, but have now backtracked on this decision following the Colombian’s apology for using the wrong bike...
by Anna Marie Hughes

EF Education-Nippo has now said it will not terminate Sergio Higuita’s contract early – going back on an announcement earlier in the week – with the team confirming that the Colombian climber will remain in the squad until the end of the year, following his apology for riding a non-team issue bike at a public event.

The American team had sent the 24-year-old a notice of termination after a video that went viral of him riding a Specialized S-Works SL7 in the colours of Bora-Hansgrohe - his bike and team for the 2022 season - before his contract with the EF team was up.

EF Education-Nippo riders should be riding team-issued Cannondale bikes, and at the time the team said Higuita’s decision to ride the sponsor-incorrect bike at the closed road Giro de Rigo sportive, “lacked respect for the partners that support him today”.

It’s not uncommon for riders to use new sponsors' equipment before the season is up, with an EF Education spokesperson acknowledging: “We recognise Sergio needs time to adjust to his new equipment, as he’s heading to a new team next season. Riders routinely request permission before using new equipment at team camps and in non-public settings, which the team routinely grants.”

But the team was unhappy with Higuita’s use of the bike in the popular public event – with a video going viral capturing the Colombian’s blistering pace compared to regular cyclists – and so sought to end the contract with the already outgoing rider early, we reported yesterday.

However, the team has now withdrawn its notice to terminate Higuita's contract, following his apology for using the wrong bike in a public setting, an EF Education-Nippo spokesperson told CyclingNews.

Higuita said: “I wish to offer my apologies to all the sponsors and to the team. I made a mistake in riding the wrong bicycle at a public event, but this is not how I want to leave this team or remember my time here.”

Following this, Jonathan Vaughters, the General Manager of the EF Education-Nippo team, tweeted to say that an 'amicable agreement' has been reached with Higuita.

Happy to say we’ve reached an understanding+amicable agreement w @HiguitSergio. Full statement tom AM. Wish we could have dealt w it all more privately, but story was running w or w/o our statement. We have an obligation to stand up for our partners that make this team possible.

“The team has come to a mutual agreement with Sergio Higuita regarding the recent issue at Giro de Rigo and will not end his contract early,” EF Education-Nippo said in the statement to CyclingNews.

“He has been a steadfast teammate and positive presence, both on the roads and off. We wish Sergio the best in his future endeavours.”