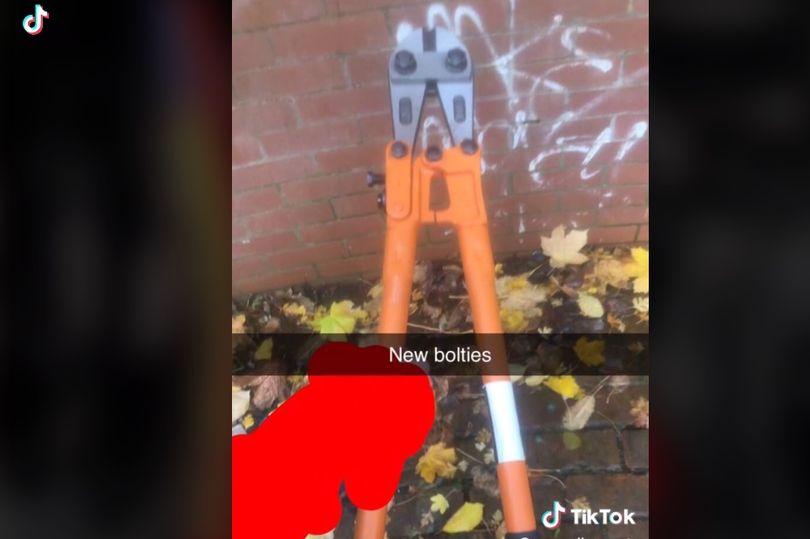 “Lock it, still lose it”: TikTok account gloats about stealing bikes from school

The account, which features several clips showing bolt cutters and a range of apparently stolen bikes, appeared in the same week six Specialized mountain bikes were stolen from the Bridge School in Runcorn
by Ryan Mallon

A school in Runcorn, Cheshire, has been “left devastated” after a new TikTok account – created, it seems, to document and glorify bike thefts in the area – appeared to gloat about stealing six mountain bikes used by the school’s pupils on trips.

The //www.tiktok.com/ [at] runny.dingers.tc" target="_blank">‘runny.dingers.tc’ account appeared on the popular social media platform around two weeks ago, and features a profile photo depicting a cartoon thief stealing a motorbike and slogans such as “I’ve got ye whip” and “I’ll take ye mars purse n ye dads bike” [sic].

The channel, which has attracted almost 600 ‘likes’ and over 10,000 views, has since uploaded a range of videos – which now seem to have been removed – appearing to show a group of thieves stealing bikes (described by the account as “peds”) as well as radios and tools. 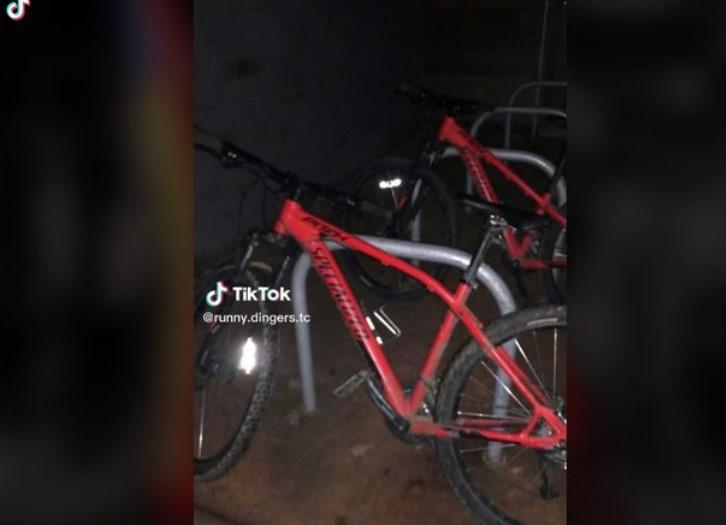 According to the Liverpool Echo, the first clip, titled “#dingersornothing – #lockitstilllooseit”, features a shot which appears to be filmed by someone on a bike, and includes the caption, “3 man up on a robbed ped”. The video also seems to show the thieves holding knives and metal bats.

Another video, “Steal or starve thats how r boys r raised”, shows a series of red and orange Specialized and Voodoo mountain bikes and a pair of bolt cutters described as “new bolties”, as well as the black cap and balaclava-covered face of one of the thieves.

A third clip called “6 peds 1 night light work got 3 radios” shows a number of Specialized mountain bikes alongside the caption: “There’s the peds all fresh. Got the Specialised graft in.” 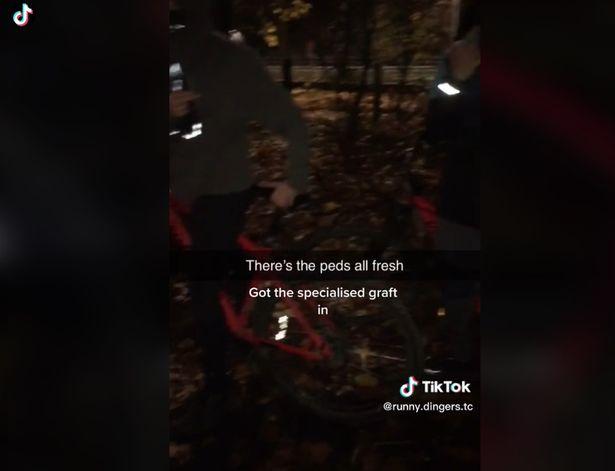 On Friday 25 November, The Bridge School in Runcorn, a pupil referral unit for children who aren’t able to attend a mainstream school, reported that six of its Specialized mountain bikes, along with an assortment of tools, were stolen.

The bikes, which appear on the school’s website and match those featured on the TikTok account’s videos, are owned by the school to be used by pupils as part of trips to Wales or the Delamere Forest.

In a Facebook post, which also featured images of the stolen bikes, the school wrote: “The whole school community has been left devastated and we would like to appeal to anyone who may know anything to contact the police quoting the crime number IML1423221.

“It is really frustrating and disheartening to our learners who take part in outdoor education and use the mountain bikes to enjoy trips to Wales/Delamere Forest etc. and unfortunately this will no longer be able to take place for the foreseeable future.”

However, an update on Wednesday confirmed that five of the six stolen bikes had been recovered by police, with the school announcing that “our learners once again will be able to go and enjoy bike rides with staff.”

A Cheshire Constabulary spokesperson told the Liverpool Echo that officers are aware of “a recent increase” in bike thefts in Runcorn – 10 stolen bikes, including those from the Bridge School, have been reported in the past month – and that they “are working hard to tackle the issue”.

“We are currently following a number of lines of enquiry, including CCTV footage, and we are also aware of a TikTok channel purporting to be the offenders,” the spokesperson said.

“As part of our investigation, we have also visited an address which was rumoured to be linked to the thefts. We can confirm this is not the case.

“While our investigation is ongoing, and with many children likely to receive bikes this Christmas, we are urging residents to ensure that they keep their bikes secure at all times.

“There are several ways to make life difficult for thieves for all budgets, from getting the bike marked and registered, through to acquiring CCTV or doorbell cameras or secure bike sheds.

“Just double-locking your bike, including at least one that is a D-lock, will make the bike less desirable for thieves. You can also lock the frame and both wheels to a secure cycle stand - secure your bike as close to the stand as possible to give any thieves little or no room to manoeuvre.”

Anyone with information related to the thefts is asked to contact Cheshire Police on 101 or by visiting the police’s website. Information can also be given anonymously via Crimestoppers on 0800 555 111.