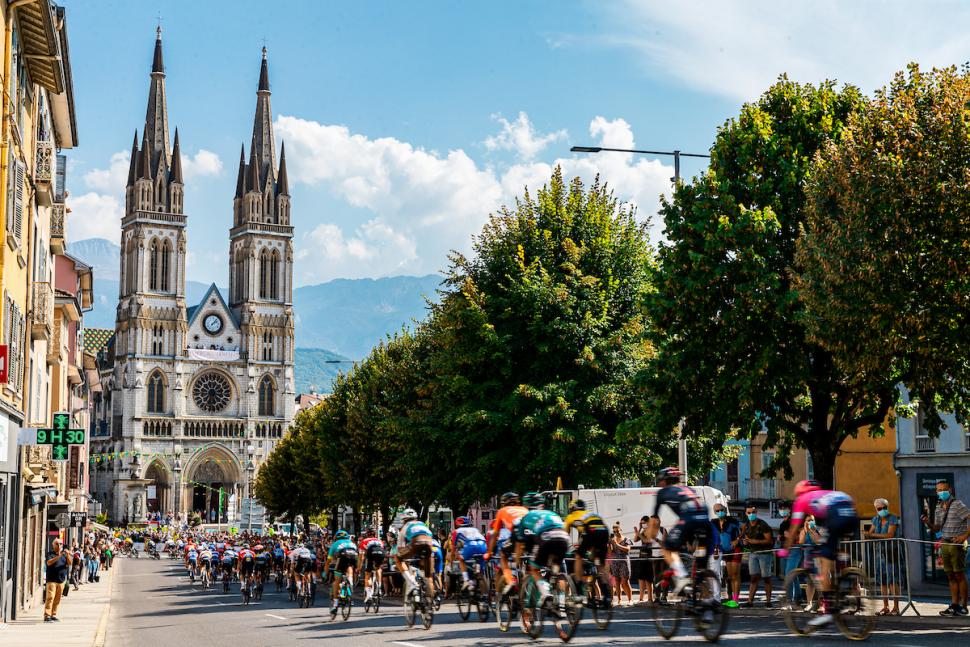 Lennard Kämna of Bora-Hansgrohe, pipped to victory on the Puy Mary on Friday, has won Stage 16 of the race at Villard de Lans today after attacking on the day's final categorised climb and riding away to victory.

With Ineos Grenadiers adjusting its goals for the remainder of the race after defending champion Egan Bernal fell out overall contention on the Grand Colombier yesterday, Richard Carapaz and Pavel Sivakov were also in today's break, respectively finishing second and fourth.

A quarter of an hour back down the road, and ahead of two more big mountain stages tomorrow and Thursday, second-overall Tadej Pogacar of UAE Team Emirates twice attacked on the day's final climb.

He would roll over the line just ahead of fellow Slovenian and race leader Primoz Roglic, and while the gap between the pair may remain at 40 seconds this evening, it's a sure sign that the 21-year-old Pogacar, winner of two stages already this year, still has his eyes on the ultimate prize.

I'm feeling great right now, this stage victory at the Tour de France made it an absolutely awesome day!

It was a fight right from the start and I knew I had to make it to the finish alone. When I saw Carapaz slowing down I said to myself it was the moment to go. I attacked and went on until the finish.

This victory is also a very big relief for me and the team, I still cannot believe it. The step forward I made this year is huge and I'm so blessed to win today.