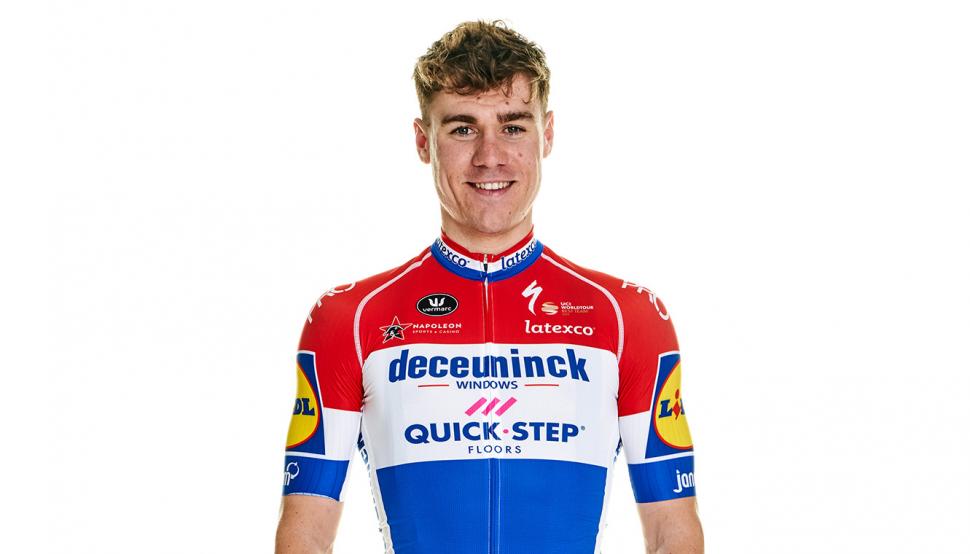 The UCI has said it “strongly condemns” the “dangerous behaviour” of Jumbo-Visma rider Dylan Groenewegen after he sent Fabio Jakobsen of Deceuninck-Quick Step into the barriers at the end of today’s opening stage of the Tour de Pologne. The Dutch national champion’s life is said to be at risk due to “severe head and brain trauma,” according to the race doctor.

The crash happened metres from the line in Katowice in a fast, downhill sprint, with Groenewegen appearing to move across Jakobsen’s line and flicking an elbow at him to send his rival catapulting into the barriers, which immediately broke apart.

The horrific incident was caught on TV cameras – a tweet with video that was embedded in a previous version of this story can be found here – as well as on a video shot on the mobile phone of a spectator standing by the finish line, metres from where the crash happened.

Advertising hoardings were thrown all over the road, causing several other riders to fall, and one key question that will need answering is why neither the barriers nor the hoardings appear to have been secured.

Groenewegen crossed the line first as he too came down, but has been disqualified from the race. The stage results do not appear to have been released as yet.

Jakobsen was taken to hospital by air ambulance and clearly his situation is critical. Typically, when a rider is seriously injured in a crash, a statement detailing the injuries would have followed by this point in the evening.

Instead, Deceuninck-Quick Step, also updating on an injury sustained by Yves Lampaert in a crash at Milano-Torino today, said only that its “thoughts and prayers” were with Jakobsen and that it would provide a further update once there was more news.

An update after today. pic.twitter.com/KukGijXDP3

In an unusually forthright statement, the UCI said that it “strongly condemns the dangerous behaviour of rider Dylan Groenewegen (Jumbo-Visma), who sent Fabio Jakobsen (Deceuninck-Quickstep) into the barriers a few metres from the finish, causing a collective crash at the end of the first stage of the Tour of Poland.

“Groenewegen was disqualified from the race by the commissaires' panel.

“The UCI, which considers the behaviour unacceptable, immediately referred the matter to the Disciplinary Commission to request the imposition of sanctions commensurate with the seriousness of the facts.

“Our Federation is wholeheartedly with the affected riders,” it added.

The race doctor told Polish broadcaster Polsat: “It is a severe head and brain trauma. We did what we could, the medical team came immediately.

“The biggest problems were with intubation, a huge trauma to the palate, heavy bleeding. The health condition is very serious, it is a direct threat to life.”

Jakobsen's team mate Florian Seneschal tweeted this picture after the crash, the damage to his mitts reflecting the high-speed nature of the crash.

I was the first to help @FabioJakobsen . To hold his head. Just by looking at the picture one can understand the shock of the accident. Stay strong my friend. 💪🏼😔 pic.twitter.com/A4Pp4AsA94

In the immediate aftermath of the crash, emotions were unsurprisingly running high and another Deceuninck-Quick Step rider on the race, Remco Evenepoel, sent a tweet, quickly deleted, calling for Groenewegen to receive a lifetime ban.

As the Tour de Pologne highlighted in a tweet this morning, today marks the one-year anniversary of the death of Lotto-Soudal rider Bjorg Lambrecht, who was killed when he crashed into a concrete culvert on the third stage of last year's race.

Today is the first anniversary of a tragic accident where a young @lotto_soudal rider Bjorg Lambrecht lost his life. We remember, Bjorg. 🖤🇵🇱 pic.twitter.com/RVvAdChZhJ