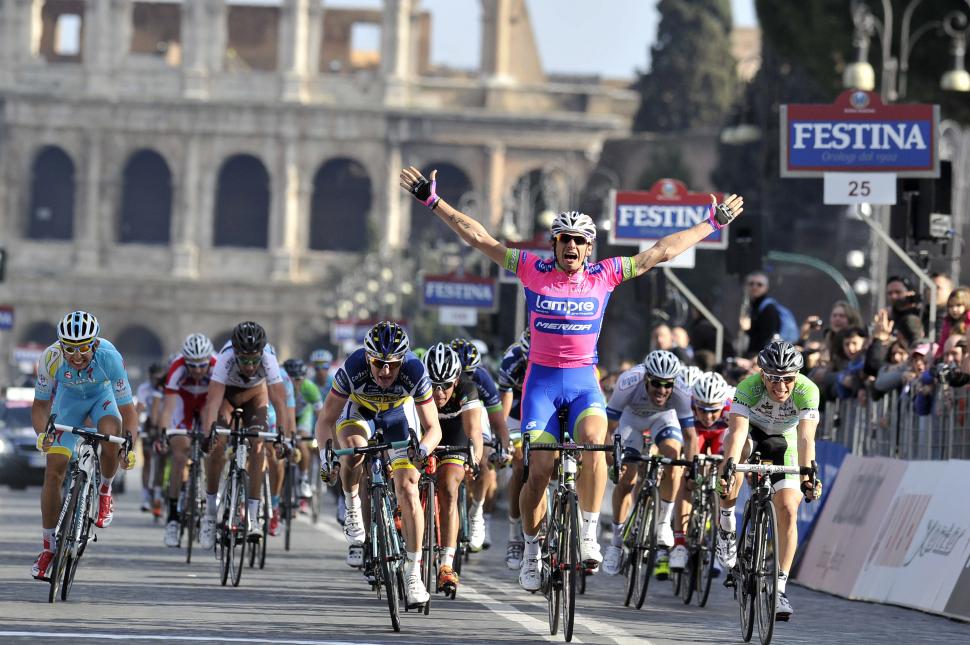 Former Italian pro Filippo Pozzato is in hospital being treated for severe pneumonia after contracting Covid two weeks ago. Pozzato, who won Milan-San Remo, two stages of the Tour de France and a stage of the Giro d'Italia during his 19-year career, said Covid is not "bullshit" and called himself an "idiot" for being unvaccinated.

The 40-year-old fell ill on October 22 and his condition deteriorated earlier this week, causing him to be treated at San Bortolo hospital in Vincenza. Pozzato has been given oxygen, but is not yet on a ventilator.

"I have severe pneumonia. I am attached to oxygen to open my bronchi, but if I get worse they will put the mask on me," he told Tuttobici. "I started to feel bad with a bit of a fever: 37 and a half, then 38. I immediately do the swab, it's Covid. Then I was 39 and a half for almost 10 days.

"Three days ago, my fever went away, but my oxygen saturation plummeted, I went down to 87, then 86, I had oxygen tanks at home, it went to 83, I couldn't even stand up and they brought me here."

Pozzato had not been vaccinated and was due to receive his first dose on October 25, but tested positive in the days before. He said he had been an "idiot" for thinking he was strong enough to not need the vaccine.

"Why hadn't I been vaccinated before? Because I have always felt strong, I have been among people who had Covid and nothing had ever happened. I was an idiot, and I have taken a good beating," he continued.

"Everyone says that Covid looks like bullshit, but when you take it you understand that it is not at all. I hope to get over this very bad moment as soon as possible. Guys, don't mess with fire, I've already burned myself."

Back in January, fellow Italian pro Riccardo Riccò, who is serving a lifetime ban and was chucked out of the 2008 Tour de France for testing positive for an EPO variant, said he would not be getting the "who knows what shit" vaccine, during a rant about talk of mandatory vaccines.