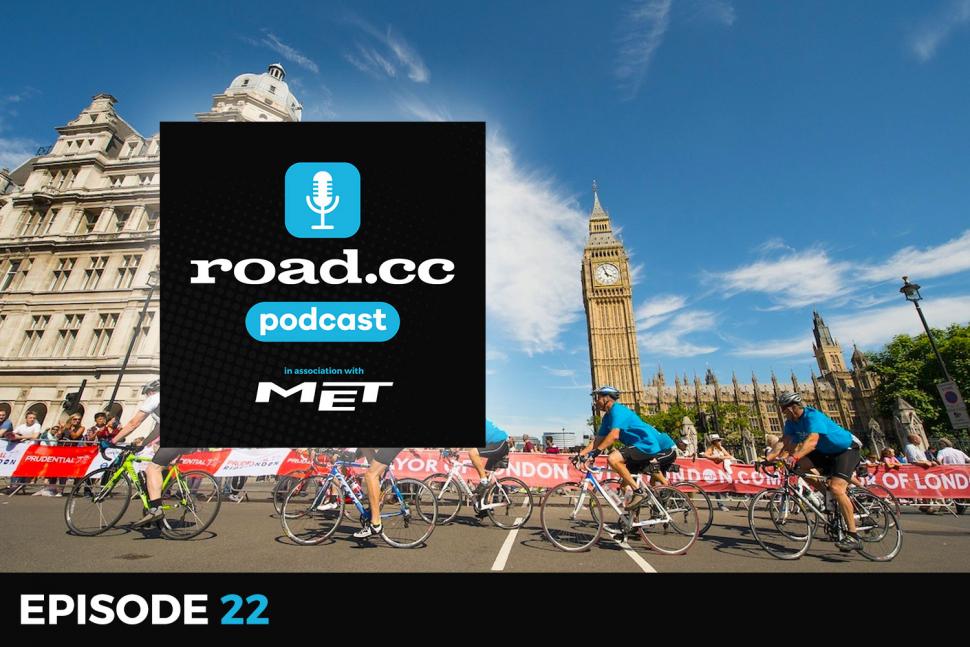 Can next month’s RideLondon-Essex sportive help make the county’s roads safer for cyclists?

We also pay tribute to Richard Moore , plus share some of our cycling confessions ... who almost crashed into Bradley Wiggins on a Paris-Roubaix recce?
by Simon_MacMichael

After a two-year absence, the RideLondon festival of cycling is back next month, with Essex replacing Surrey as host of most of the route of its flagship sportive – but with the event likely to attract more cyclists to the county, whether to prepare for it or after seeing it on TV, can hosting the RideLondon-Essex 100 help lead to safer roads for bike riders there? That’s the main theme discussed in the latest episode of the road.cc Podcast in association with MET, which is now online for you to listen to.

We also pay tribute to cycling writer-turned podcaster Richard Moore, who died last week, plus there’s a new regular feature for you on the Podcast in which members of the road.cc team share some of their cycling confessions.

Listen to the road.cc Podcast here.

RideLondon-Essex – and the safety of cyclists riding in the county

Transport journalist and road.cc contributor Laura Laker joins road.cc Podcast host George Hill and site editor Jack Sexty to discuss the dangers that cyclists face on the roads of Essex and, given the expected rise in the numbers cycling there as a result of RideLondon, whether the event can be harnessed to improve their safety.

It’s a question Laura has addressed in two articles published on road.cc in recent months, the first in November, the second in March.

> RideLondon: Essex urged to focus on road safety ahead of revamped sportive

“I picked up the RideLondon-Essex story because I personally live about four miles from the Essex border and have cycled around the country roads here for years, or I used to,” says Laura. “I actually stopped riding the roads because I don't know what it is about the area, but the driving standard us just horrific and I find drivers in Essex quite frightening.

“It’s great to have it moved around a bit because I know that it’s boosted cycling numbers in Surrey hugely since Ride London,” Laura explains, with the county having hosted the first seven editions of the event ahead of the 2020 edition being cancelled due to the coronavirus pandemic.

Laura says that on learning about the event switching to Essex, “I was curious what they were going to do about this problem of driver behaviour and driver education,” especially given that while it may be a closed road sportive, “It’s going to attract riders outside of the event, either training on the roads or inspired by the event to think, oh, that’s a really nice stretch of road, I might try and do that on a Sunday run or something.”

She goes on to talk about how she put the two articles together – speaking to RideLondon organisers London Marathon Events for the first, with efforts to contact Essex County Council seeing her passed “from place to place,” as well as the head of roads policing at Essex Police for the second.

A common thread in that RideLondon-Essex, as a closed road event, was not seen as one that needed specific awareness raised regarding driving safely around cyclists, and while Laura discusses her conversation with police regarding their Vision Zero approach to road safety and how they use data to targeted specific locations and driver behaviour, cuts to staffing numbers and traffic officers in particular in recent years make the force’s job very difficult when it comes to enforcing road laws.

“I just I don't think it's good enough just to say, well, it's on closed roads and kind of forget the knock-on effect,” Laura adds.

In our new cycling confessions segment, you’ll discover which two members of the road.cc team admit that they are unable to ride no-handed (believe me, they are not the only ones round here – I have plenty of other confessions of my own though).

We also find out who came within millimetres of a touch of wheels with Bradley Wiggins during a press trip on the Paris-Roubaix pavé back in 2011 – just three days before the Team Sky star was due to take on the Hell of the North for real (strangely, the staff member in question failed to mention almost putting Wiggins out of the race in the article he wrote for the site at the time). 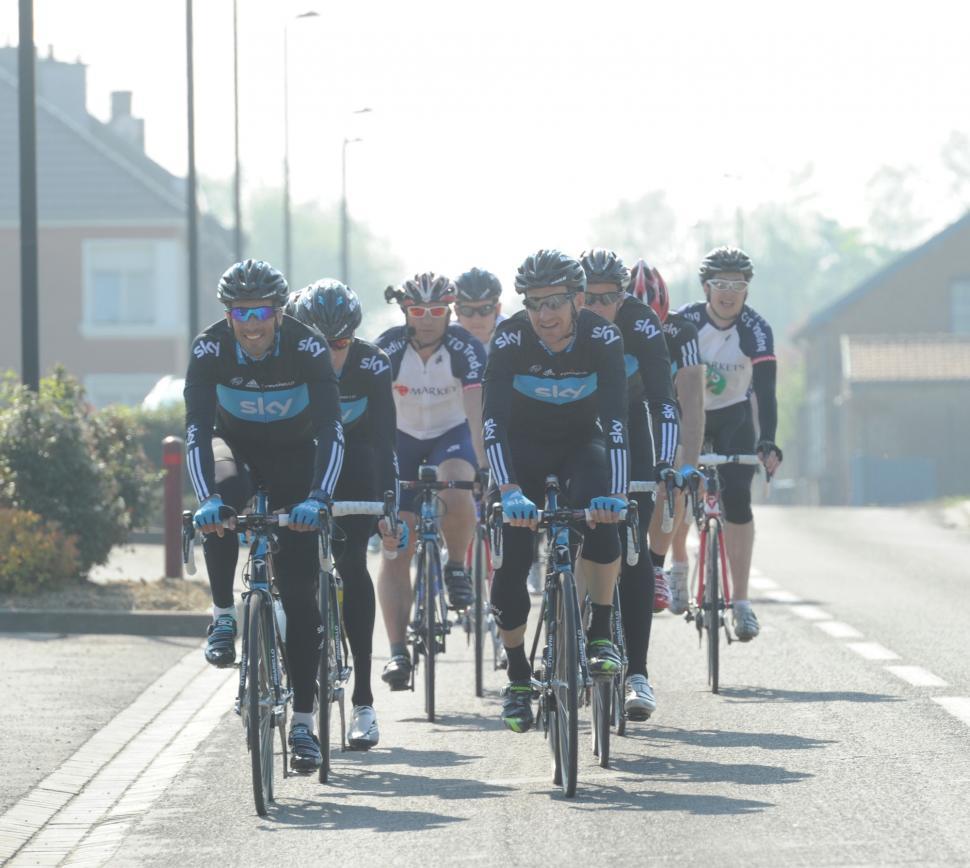 We’ll have some more cycling confessions for you in forthcoming episodes – in the meantime, let us know your own ones in the comments below and we’ll try and highlight some in the next edition of the road.cc Podcast. This episode opens on a sombre note following last week’s news that writer and Cycling Podcast co-founder Richard Moore had passed away at the age of 49, with George paying tribute to a man who was one of the giants of cycling journalism and found a new audience by swapping the keyboard for the microphone.

“I genuinely don't think that this Podcast would exist without Richard's forethought and his skill when it came to presenting podcasts,” says George.

“It meant that I understood that cycling is something that you can just sit around and talk to people about and make it into something that other people want to listen to. His interview style, the way that he discussed cycling in general, and his kind of upbeat, happy manner meant that it was a pleasure to listen to him.

“I didn't personally know Richard, but he has had a profound impact on my life,” adds George, so everyone at road.cc would like to express their profound condolences to Richard’s family and friends, and we'd like to thank Richard for everything that he did for the cycling community at large Rest in peace.”

One thing that strikes me – someone who did have the pleasure of meeting Richard a few times over the years – about George’s tribute is that as the news broke last week, many of us took to social media to express not only our shock and grief, but also to speak of the encouragement and support he freely gave to journalists new to the cycling scene. To know that in George’s case – and that of many others, I imagine – that people who had never met him also came away with that speaks volumes to the character of a man who will be deeply missed and fondly remembered.

We hope you enjoy listening to this episode as much as we enjoyed recording it – as ever, let us know in the comments what you thought of it, and feel free to suggest future guests or topics you would like to see covered by emailing podcast [at] road.cc