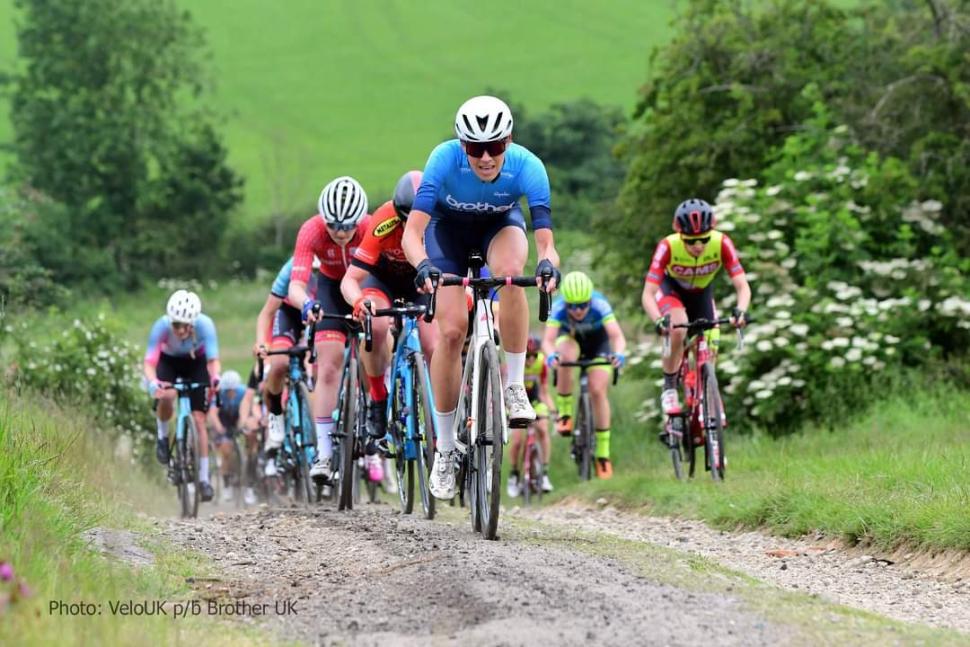 CiCLE Classic race director Colin Clews says he has received “numerous” offers from potential backers, including women's rights groups, but is concerned about “politicising” the race...
by Ryan Mallon

The organisers of the women’s and junior men’s CiCLE Classic are confident that the races will go ahead as planned in June after “numerous” offers were made by potential new sponsors following an online appeal.

Stanton, who had funded the women’s race since its inception in 2016 and was one of the driving forces behind its creation, told Velo UK that he has many friends within the transgender community and that “I feel that I would be letting them down if I did not make a stand to show my support for their rights”.

Stanton’s withdrawal has left the organisers scrambling to plug a £15,000 funding gap to secure the future of the Melton Mowbray-based races, which have quickly become one of the highlights of the British cycling calendar thanks to their use of gravel sections and farm tracks, as well as an illustrious list of winners, including Katie Archibald, last year’s victor Abi Smith, and the 2014 junior men’s winner James Shaw.

The men’s Rutland-Melton CiCLE Classic, the top-ranked UCI British men’s one-day race since the demise of the RideLondon-Surrey Classic, is unaffected by Stanton’s departure and is set to take place on Sunday 24 April.

British Cycling has pledged to offer additional support of just under £10,000, while race director Colin Clews launched a public appeal on Tuesday in a bid to secure the remaining funds. Since then, Clews says he has received “numerous” offers of financial support from companies and individuals, as well as women’s rights groups.

Yesterday, the campaign groups Sex Matters and Fair Play for Women announced that they have made a formal joint offer to sponsor the race. However, Clews says he and his colleagues are wary of accepting financial backing from campaign groups for fear of “politicising” the race.

The national governing body, which has found itself in the spotlight since the UCI’s decision to bar transgender cyclist Emily Bridges from making her racing debut as a woman at the British Omnium Championships, described the situation as “unprecedented in our sport” and argued that the current system is “unfair on all women riders and poses a challenge to the integrity of racing”.

Explaining his decision to step away from the CiCLE Classic, Stanton said: “The transgender policy adopted by British Cycling had been the result of a full consultation process and was believed to have been working well until last week when it was suspended without any further consultation.

“Whilst fully supportive of women’s sport, I also have many friends and colleagues within the transgender community whom I feel that I would be letting down if I did not make a stand to show my support for their rights.

“This is not the first case of a transgender rider competing under UCI rules, or even as part of an official UCI team, and to arbitrarily change that position based on one individual case, I find totally unacceptable.”

He continued: “I am desperately saddened by the Emily Bridges case and the actions that it has prompted me to take. I sincerely hope that a satisfactory resolution to her case and that of similar cases in the future can be quickly found in the interests of all parties involved, and sport in general.”

ONE MONTH to save @CiCLEWomens following the loss of our long term sponsor. Can you help? New major or small sponsors sought urgently. Enquiries to: cicleclassics [at] gmail.com pic.twitter.com/sLOwzrKHFw

Following Stanton’s departure, Clews launched a public appeal in an attempt to find “like-minded partners who can help us to deliver the race in 2022 and support its future development.”

The race director also paid tribute to Stanton, who he described as “massively committed to the development of women’s racing within the UK.

“His financial contribution to support this aim over the past six years is way beyond that of any other private individual. As an organisation we hope that it may be possible to renew our collaboration at some stage in the future to continue our joint pursuit of promoting domestic women’s racing at the highest level.”

A phenomenal response to our plea made yesterday means there WILL be someone following in @abijesmith wheelmarks in June @CiCLEWomens THANK YOU EVERYONE!!! Including @BritishCycling News to come! pic.twitter.com/o0VeUI8Aqt

Yesterday Clews took to Twitter to announce that “a phenomenal response to our plea made yesterday means there will be someone following Abi Smith’s wheel marks in June,” and praised the “absolutely incredible” outpouring of support from the public.

However, while he told BBC Sport that he and his colleagues are currently considering the joint offer made by Sex Matters and Fair Play for Women, alongside other commercial alternatives, Clews admits to having reservations about the potential political impact on the race if it becomes linked to women’s rights groups.

“At the present time, myself and colleagues are considering that [offer] amongst other options that might be available to us from commercial sources,” he said.

“We want this event to continue into the future and therefore we would prefer to link with a partner or number of partners who are able to give us financial backing for a number of years ahead, so we're not in the same position next year as we've found ourselves in this year.

“Secondly, and this is important to appreciate, we are a cycling event, our objective is to pursue women's cycling and to promote it at its highest possible level in this country, but I have colleagues who have reservations with regard to the potential link to women's rights groups that might indicate to anyone out there, or certain individuals out there, a politicising of the event.”

Clews, who says he “endorsed” British Cycling’s suspension of its transgender and non-binary participation policy, told the PA news agency that the pitch from Sex Matters and Fair Play for Women was so far the “only firm offer on the table”, but indicated that crowdfunding could still be an option to secure the 2022 edition of the race, though a high-risk one that wouldn’t provide long-term stability.

The race director also called on cycling's governing bodies to settle the debate currently raging around transgender participation in the sport.

"What is so important to us is the fairness of any races we put on and certainly the current suspension that British Cycling have imposed on Emily Bridges we can only endorse because that goes along with that fairness element,” he said.

“But competitors such as Emily, they wish to compete, we shouldn't be stopping them from competing, but it's how and where and when they compete that's the big question.

“I'm afraid those are questions that shouldn't be placed with me as an organiser, they are for the governing bodies to resolve.”

If funding is secured, the women’s and junior men’s CiCLE Classics will take place as planned on Sunday 19 June.