8
10
Good race-ready frameset for heavier riders that builds up into a fast and direct bike
Weight:
0g
Contact:
www.obsydian-bikes.co.uk

Obsydian's Invictus frameset sets out to be the basis of a stiff, fast bike for heavy riders, and it ticks all those boxes. It's solidly built for racing and responsive over the tarmac, and it's backed up by a lifetime warranty and, should you introduce it to the road too intimately, a crash replacement scheme allowing you to get a new frame for 40% off. It's not the cheapest alloy race frame you can buy, or the lightest, but if you fit in with the use cases it's aimed at it's a good choice. 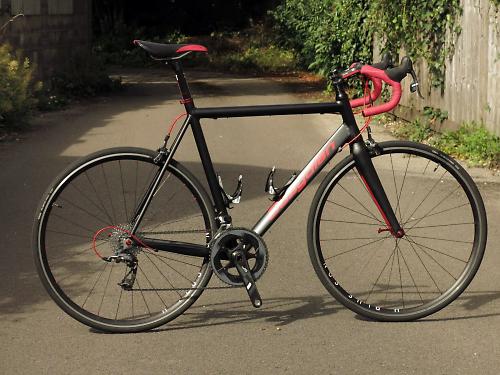 Obsydian are a new brand, and this is their first bike. It's a crit racing frame with no rider weight limit, made from triple butted 7005 alloy tubing. Obsydian have partnered with Velocite and under the skin the Invictus is basically the same as that manufacturer's well-regarded Selene frameset. The down tube is flared as wide as possible across the bottom bracket area and the chainstays are deep to improve stiffness and the ability to cope with high rider loads. The PF30 bottom bracket and tapered head tube (1 1/8in - 1 1/2in) are also designed to get the maximum efficiency from the frame and fork. 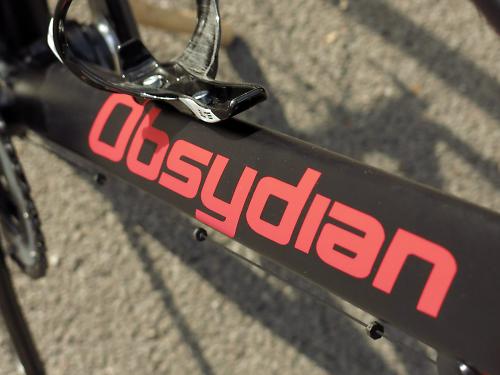 It's designed to be perfect for large riders, so at a sylph-like 100kg I'm in the target demographic. Unusually. Unlike the Selene the Obsydian is painted in the UK and it's a good quality matte black finish with painted graphics, not decals. The other main difference is that you can spec whatever build you like and Obsydian will try and accommodate you; they have relationships with the three main groupset manufacturers and plenty of component makers. Ours came with a SRAM Force22 groupset running a standard 53/39 chainset and WiFli 11-32 cassette for a wide range of gears, and handbuilt wheels with H Plus Son Archetype rims and Bitex hubs. Total cost of this build would be somewhere around £2,000.

The ride: fast and direct, more comfortable than you might expect

It's certainly a direct bike. The Invictus feels taut and balanced, and rewards an aggressive approach to your riding. There's masses of stiffness down the backbone of the frame, from head tube to rear dropout. No amount of mashing on the pedals would induce any flex in the frame that I could feel. 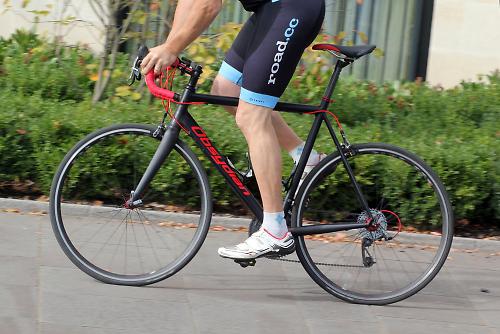 The same is true of the fork: it's firm and resists flex, and gives the bike a very direct feel at the front. In a crit race you want your bike to go precisely where you point it; no problems there. 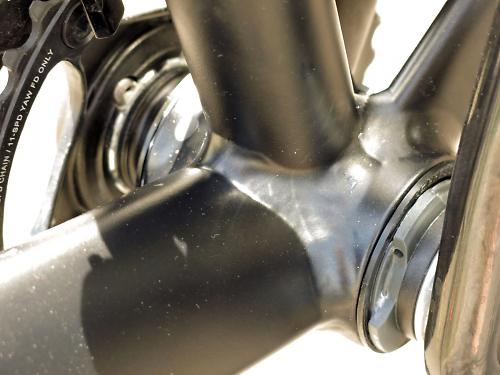 The bike is quick to accelerate, though it does give away half a yard to a super-light race bike. Once up to speed it's happy to cruise but happier still if you keep the hammer down. When the road rises up it feels lighter than its 8kg weight, skipping around at the back a bit when you stand to force the pace on the steeps. (The bare frame weighs a claimed 1200-1450g depending on size.) Down the other side the steering is lively but not twitchy, and the stiff front end makes finding your line through the corners a simple and enjoyable task. 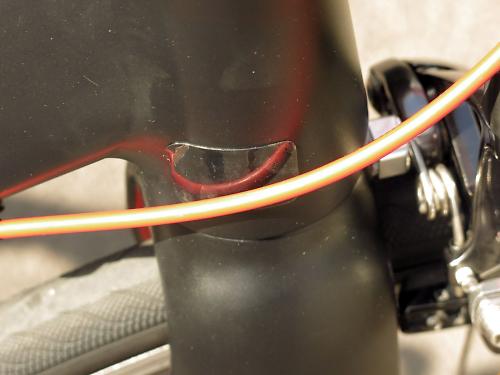 It's not an uncomfortable bike. That stiffness doesn't translate into an unduly bumpy ride. It's not necessarily the bike you'd choose if your plan is to stay out for five hours at a stretch every time you leave the house, but even then it won't kill you. For two to three hours on the chaingang, or an hour of crits, it's just about perfect. Ours came fitted with 23mm tyres when I'd always fit a 25mm, even to a race bike. That would soften the edges just a touch more on the striated tarmac we're subjected to round here.

We'll be giving SRAM Force22 its own separate review, so this isn't the place to go into minute detail. Suffice to say that, like Shimano Ultegra, SRAM's second-tier groupset is the one you should choose if it's your own money you're spending. It doesn't give much away in terms of weight over SRAM Red, and even less in terms of functionality. Shifts are crisp and SRAM's DoubleTap levers are easy to use, more so in the drops than either of their competitors. 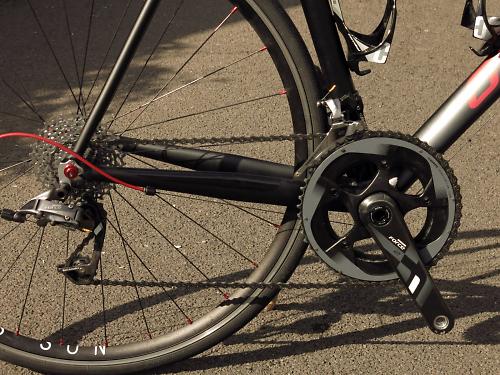 Our standard chainset and WiFli cassette setup worked really well. You get the big gears that are useful when you're racing, and bottom gear is the same as you'd get with a compact chainset and 11-28 cassette. Best of both worlds? Yes, pretty much. Some of the jumps at the big end are larger than ideal but with 11 cogs to spread the load it's an entirely workable compromise. 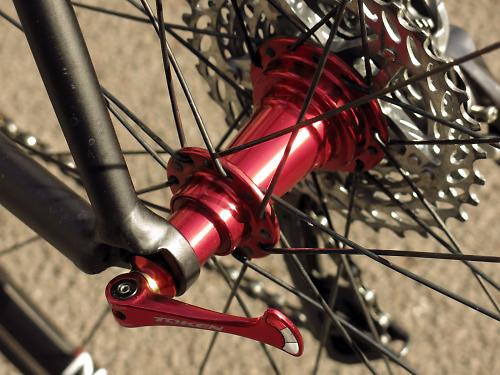 The wheels, like the rest of the bike, are built with heavier riders in mind. As such they're more solid than they are especially light, 100-200g heavier than an off-the-shelf set of alloy race hoops. They're tightly built and nice and stiff, and they stayed true throughout testing. The H Plus Son Archetype rim is cropping up on more than a handful of race-oriented bikes and the wide profile flattens out a 23mm tyre to make it feel a bit wider. It seems to do a good job of absorbing road chatter; it's pretty much impossible to isolate what part of a bike absorbs what, but I've tried these rims on three different bikes and all three scored well in that department. Plus, they look cool and they're reasonably light. 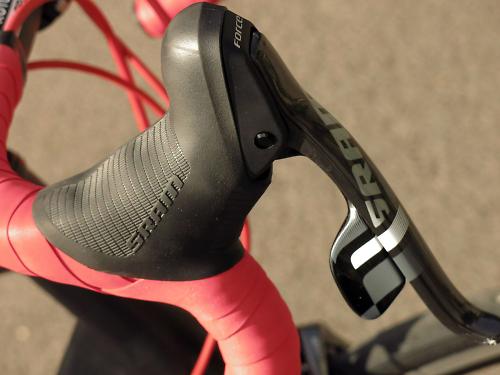 Overall: certainly one to consider for the racer

If you're looking to race on a budget then you can get some cracking deals on alloy and carbon race bikes from some of the bigger online names. An alloy race bike with a SRAM Force22 groupset can be yours for £1,200 so Obsydian's full build options work out pretty expensive; they don't have the buying power of bigger names to get the best deals on components. 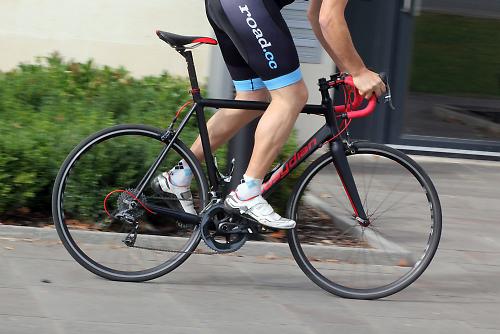 If you're looking to build up a race bike for yourself, and you're specifically looking for something that'll take a reasonably heavy rider and still perform, then £600 sounds a lot more reasonable. Back that up with a lifetime warranty and a crash replacement scheme and it's comparable in cost to some of the other options out there. It's certainly a well-balanced and fun bike to ride, and one that likes to go fast. I've very much enjoyed riding and racing it. 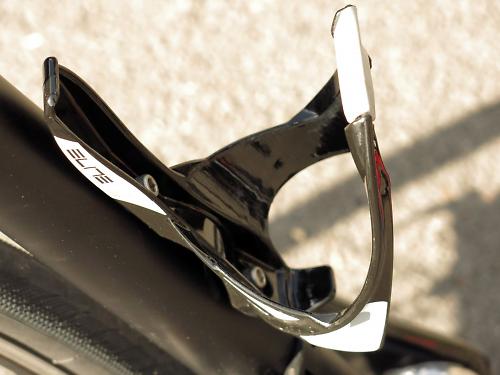 There's no getting round the fact that the Obsydian is effectively the same frameset as the Velocite Selene, but that bike is very well regarded, and for good reason. It's an excellent bike. The Obsydian isn't doing anything that a hatful of other manufacturers aren't doing with carbon, and to its credit has done its homework and picked a great racing platform.

The bike does the job it's supposed to with aplomb and it's fun to ride and easy to like. And at £600 for the frame it's competitive with Velocite's own branded frames (and other alloy race frames) with a sleek look and a UK paintjob. You get the assurance of a lifetime warranty and a decent crash replacement scheme too. If you're looking to build your own race bike, it's one to recommend. If you're happy with a manufacturer build, there are much cheaper options out there.

The frame is made from custom shaped triple butted tubes. Hand welded and hand painted it has been finished in a way that is understated and clean.

The frameset itself comes with a full carbon monocoque fork that weighs just 360g fully finished. The steerer is tapered to fit the headtube and also comes supplied with a ceramic bearing headset.

The Invictus was designed to be ultra stiff, responsive and built to last. Backed by our lifetime warranty.

More information about our key design features are listed below. You can also find out more here.

Neatly made and welded frame, finish on both frame and fork is excellent.

The bike feels fast and direct, but it's not uncomfortable to ride.

The bike has excellent stiffness.

No issues with toe overlap; this is an XL frame though.

The bike feels responsive and handling is very good across all kinds of terrain.

Would you consider buying the bike? Possibly if I was building it myself, there's a lot of good value race bikes out there at the moment though.

Would you recommend the bike to a friend? Yes for a self-build project and if they fitted the profile for this bike.

Good option for a self-build, less so as a complete bike.

How would you describe the steering? Was it lively, neutral or unresponsive? Lively but not twitchy. 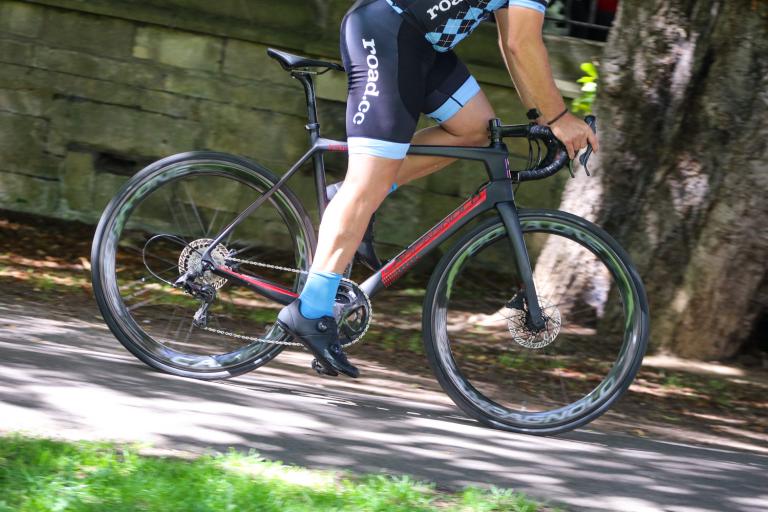 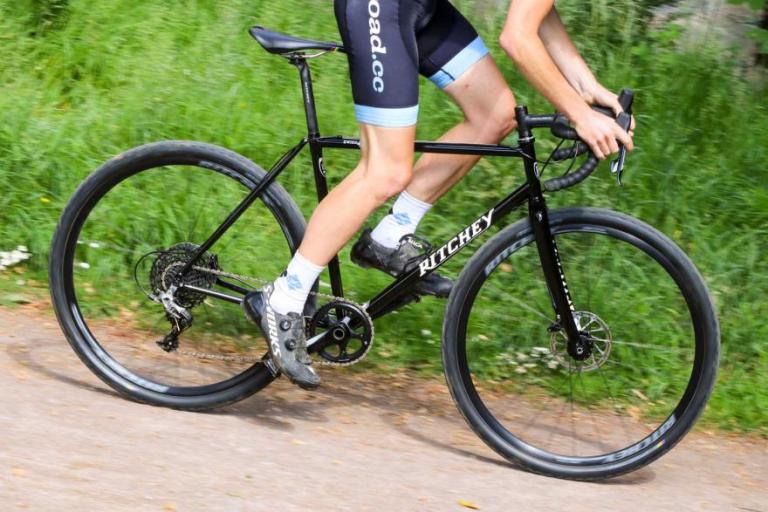 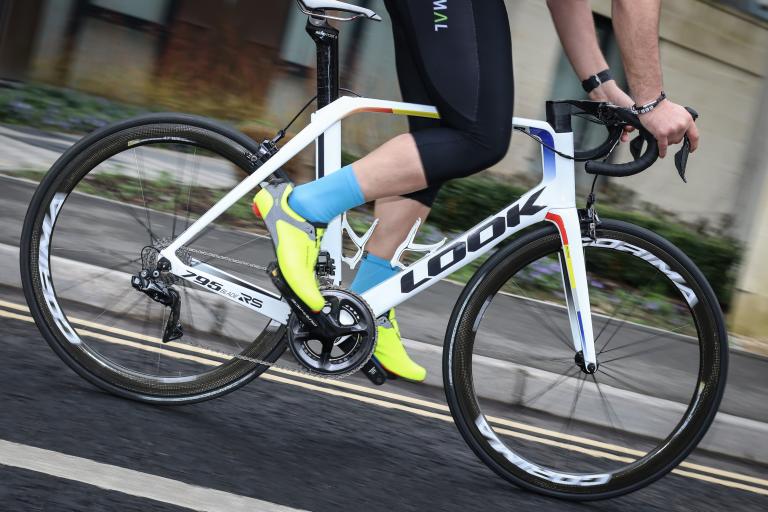 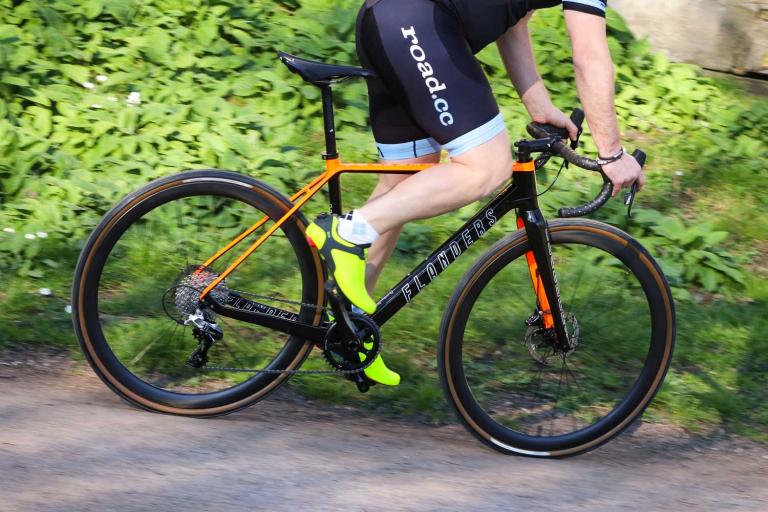 A lightweight, hugely responsive frame for cyclo-cross racing or day-long trips on the gravel