The Science of the Tour de France by James Witts

9
10
Great explanation of the science involved in professional races, with plenty you can use to benefit your own cycling
Weight:
646g
Contact:
www.bloomsbury.com

Is this the first of this year's Tour de France related books? No, although the book does provide a fascinating insight into the scientific approach that is increasingly evident in top level cycle races. Le Tour is just the best-known of them all. Still, it makes for an attention-grabbing title (and probably better search results).

Whether you like it or not, cycle racing is becoming more technical and scientific, especially at the highest level. Team Sky have the reputation for embracing this scientific approach with their now famous pursuit of 'marginal gains', but as this book confirms many other professional teams have a similar approach. 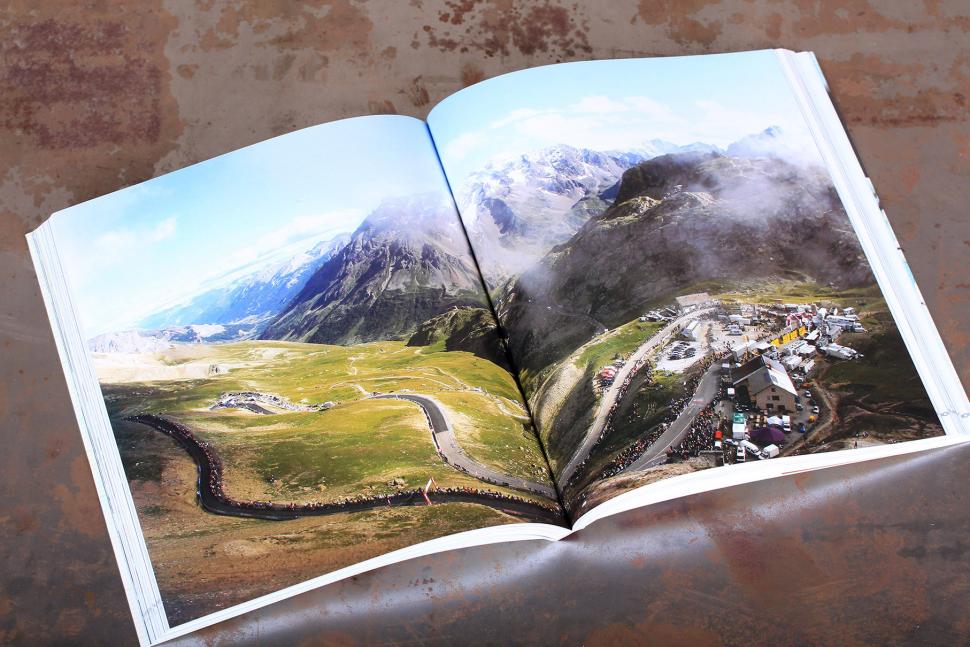 Chris Boardman is quoted as saying, 'I love the idea of racing and training purely on feel ... but I think that for the most part those days are numbered' – and of course he is well-known for spear-heading the scientific approach himself.

Author James Witts has contributed to cycling magazines for many years, and his writing is often the most scientific and technical work in an issue. I always find his articles informative, and they normally require greater concentration than anything else in the magazine. This book is tackling similarly technical matters, and Witts does a good job of making the science accessible and understandable.

Buy The Science of the Tour de France

With this scientific approach playing a part in racing, some knowledge of that science will help your understanding and enjoyment as a spectator. Even better, a lot of the information could be used to improve your own cycling prowess. It does not have to be onerous: just an understanding of something as simple as effective hydration will have a benefit, although there is plenty of more advanced information if you already have the basics right.

It is fitting that the first chapter in the book is all about power and power measurement, a key metric which is now almost universally used by top level cyclists. The cost of power meters means that the technology is starting to trickle down to the rest of us, and this chapter tells you why you might want a power meter on your wish list – although you will soon appreciate that you still need some additional help to make the most of using one. Just as you might want access to a coach to make effective use of your own data, so the teams have support from an army of boffins to take full advantage of the technology. You often see names like Tim Kerrison, Robbie Ketchell, and Hunter Allen mentioned in technical articles, and Witts has obviously had enviable access to them for this book, as well as to an array of well-known riders.

The result is a lot of real life examples of how the science has been applied by the scientists on the front line. Only recently decisions had to be made about the equipment to use in a hilly Tour de France time trial, and I was amazed by the extent to which a company called Best Bike Split can use predictive modelling to determine the best choices in such cases.

The book gives an example of last year's Paris-Nice Time Trial, where the choice for the Trek Factory Racing team was between the Emonda and the Speed Concept bikes. It turned out that the optimum set-up varied between riders, given their different abilities. There is a lot more to it than just deciding on which rim depth to use. 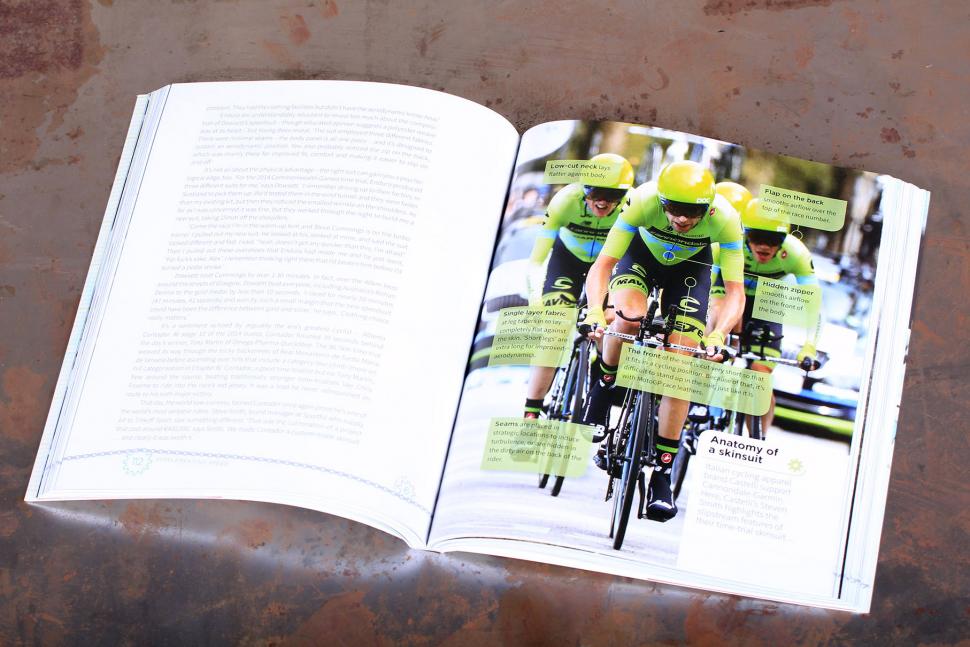 Think of a recent trend in cycling and it is probably covered here, and the information on offer often has direct relevance to our own choice of equipment – wider tyres and deep section rims for example.

My feeling is that there have been more advances in clothing technology recently than at any time since the introduction of Lycra, with companies such as Rapha, Endura and adidas pushing the boundaries in preparation for special occasions.

One chapter helps to explain the why and the how of clothing developments: some may be just too impractical to ever filter down to regular cyclists, but there are still plenty of other opportunities for 'free speed' available. When performance matters, you may never dress the same way again after reading this.

Disc brakes get a brief mention in a chapter about which development will have the greatest impact on professional cycling. Not only could they have an impact on the shape of rims and wheels, but it is suggested that we will see an increase in bike changes during races. I suspect that there will be a lot more to say about this over the next few years.

Other future developments mentioned include the perception of fatigue and the monitoring of core temperature – and some others that I still don't understand!

I can't imagine that teams will want to reveal any competitive advantage, so we can assume that if they are prepared to discuss something publicly they have already found some even better science to work with. I look forward to Witts explaining it all in a second edition of the book.

Great explanation of the science involved in professional races, with plenty you can use to benefit your own cycling

Make and model: Bloomsbury The Science of The Tour De France, James Witts

James Witts invites you into the world of marginal gains to discover the innovative training techniques, nutrition strategies and cutting-edge gear that are giving today's elite cyclists the competitive advantage.

Find out why Formula One telemetry is key to more bike speed; how power meters dictate training sessions and race strategy; how mannequins, computational fluid dynamics and wind-tunnels are elevating aerodynamics to the next level; why fats and training on water alone are popular in the peloton; and why the future of cycling will involve transcranial brain stimulation and wearable technology.

With contributions from the world's greatest riders, including Marcel Kittel, Peter Sagan and Bauke Mollema, and the teams that work alongside them: Etixx-Quick Step, Team Sky, Tinkoff, Movistar, BMC Racing, Trek-Segafredo and many more. Also meet the teams' sports scientists, coaches, nutritionists and chefs, who reveal the pioneering science that separates Contador and Cancellara from the recreational rider.

Title: The Science of the Tour de France

This score is for full retail price; however, there is a 25% discount when buying direct from Bloombury at present, which helps - but not as much as the 71% discount on Amazon, giving a price of only £4.99. Bonkers.

It brings together a lot of information from disparate sources into one excellent package.